Brother duo The Bots, set to perform at the Bootleg HiFi 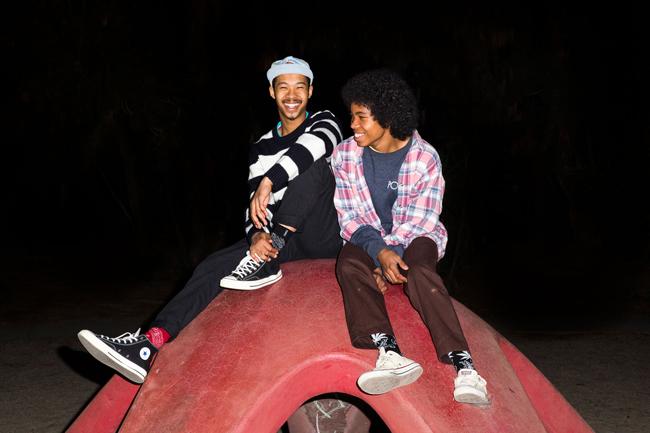 Blues-punk-rock duo, The Bots will end their year-long tour with a show at the Bootleg HiFi in their hometown of Los Angeles on Nov. 22.

The duo consists of brothers Mikaiah and Anaiah Lei – who will be celebrating his 18th birthday at the show this weekend.

The Bots, who released their new album “Pink Palms” last month, conclude a long year of touring closing out a series of shows that included a Coachella performance and other festivals overseas.

“Pink Palms” is a unique combination of blues and punk rock that draws mild influences from Jimi Hendrix and The White Stripes. Mikaiah and Anaiah have been playing music since they were kids, and recorded their first album when they were 15 and 12-years-old, respectively.

“The inspiration came from a lot of things, like watching TV,” Mikaiah said. “The overall theme is loneliness and belonging, and it’s sort of a coming-of-age type record.”

With rave album reviews from publications like the LA Times, Rolling Stone, and New York Times Magazine, it’s certainly one to listen to and the brothers are excited to close off their year with a show at home.

Their first single off the album “All I Really Want” was premiered on Zane Lowe’s BBC 1 Radio segment as well as a new Mitsubishi commercial. Gritty and catchy, the brothers were honored to have their song shine on the British airwaves.

“To be on Zane’s show, it felt pretty cool and really good,” Anaiah said.  “We were really fortunate, and the guys at BBC were really friendly.”

The brothers will conclude the tour with their final two shows in Oakland and Los Angeles.

“Anytime you play a show in your hometown, it’s going to get you the right form of comforting,” Mikaiah said. “It’s awesome.”