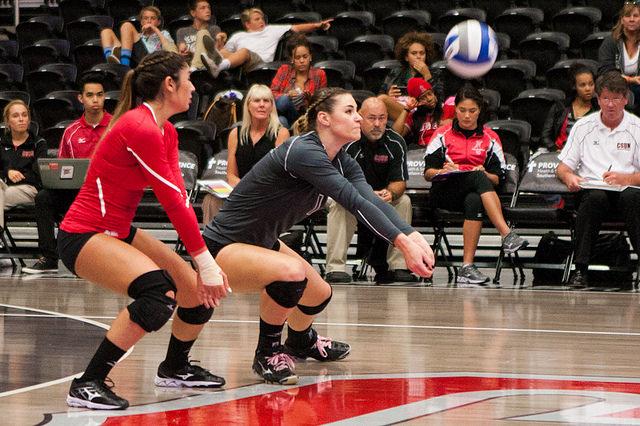 The Matadors (17-8, 8-5 Big West) have gotten into a stride with this game against UC Riverside (2-24, 0-14 Big West) being their third consecutive sweep. This win follows the Matadors’ 3-0 defeat of both UC Santa Barbara and Cal Poly during their two-night homestand that took place on Friday, Nov 14 and Saturday, Nov. 15.

Leading in kills were outside hitters Danetta Boykin and Cieana Stinson at 14 and 12 respectively. However, the Matadors were able to shine more in the area of hitting percentages with the team hitting at a collective .398.

Senior middle blocker Casey Hinger hit a .600 on 10 swings while Stinson followed with a .423. Boykin hit a .406 while sophomore outside hitter Julie Haake rounded things up with an even .400 and also 4 kills.

UCR managed to shorten the Matadors lead to eight points (24-16) but by then, it was too late as Boykin barely completed a kill that would end the set at 25-16.

After three back-to-back kills from Boykin, the Matadors were able to seal set two with a 25-8 win.

On the strength of three Boykin kills, CSUN raced out to a 13-4 lead in set two and never looked back. A Highlander hitting error gave the Matadors their largest lead of the set at 20-6 and the Matadors cruised home 25-8.

The third and final set kept with the same tradition as sets one and two as the Matadors were able to establish a 12-point lead (16-4) after an ace by Miller and kills by Stinson and senior middle blocker Sam Kaul.

A final kill by Stinson was able to close out the set at 25-11 and finalize the Matadors’ sweep of UCR.

The Matadors will be traveling to UC Davis for their final regular season road match on Saturday at 5 p.m.