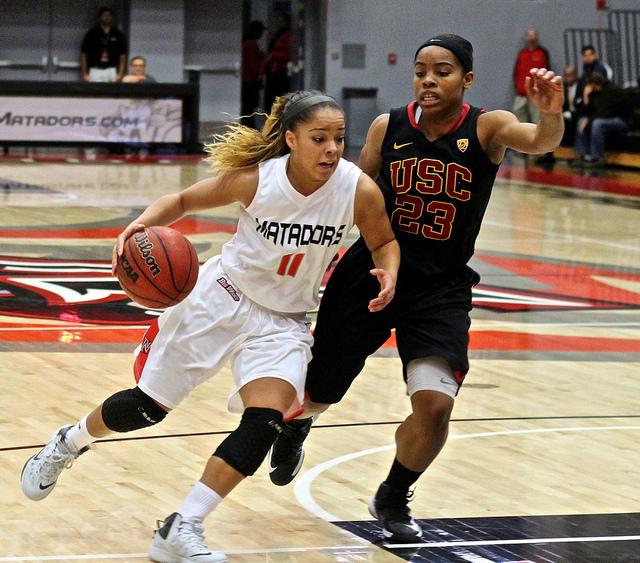 Threatened with secession, the NCAA in August granted its most powerful conferences (ACC, Big Ten, Big 12, Pac-12 and SEC) partial rule-making autonomy and thus solidifying their near-dominion over the embattled collegiate governing body.

For the mid-major conferences like the Big West Conference, the move is an official sanction of the widening disadvantage they’ve accustomed themselves to and brings more uncertainty than fear.

“Already you have the imbalances in facilities, benefits, modes of travel and things like that. That’s already working at our disadvantage,” said Marilyn Moniz-Kaho’ohanohano, University of Hawai’i associate athletics director.

Stipends – a bridge between scholarships and cost-of-attendance – appear inevitable.

“A full scholarship used to be room and board, books and all that. With cost of attendance, you’re drastically changing the value of scholarships,” Steve DiTolla, Cal State Fullerton senior associate athletics director, said.

DiTolla is concerned with the ambiguity involved in calculating cost-of-attendance, and the leeway it gives schools to pay for things vaguely connected to the college experience.

If the January NCAA 2015 Convention approves any of the current stipend proposals authored by the autonomous five, all other Division I conferences (including the Big West Conference) will be allowed to follow suit.

“There’s parity in the scholarships,” said Julie Sandoval, CSUN athletics assistant athletic director of compliance services. “A full-ride is a full-ride. You will spend the same no matter where you go.”

Though legislation approved for one of the autonomous five can not be forced upon other Division I conferences, the competitiveness of the recruiting wars may force many to begrudgingly follow suit.

“I think that there are a bunch of schools that have a clear vision of where they’re going and there are other school just going along saying, ‘we don’t have the money to do it right now, but we’ll see what happens,’” said DiTolla.

Mid-major conferences like the Big West Conference forecast themselves embroiled in a series of holding actions over the coming years, conceding where they have to and resisting where they must.

“We don’t know how membership of those schools will sort it out and I approve,” said Farrell. “At that point, we are just going to have to decide how we are going to deal with that.”

They hope to preserve the remaining items left to shared-governance and many are prepared to stand their ground against further encroachments.

“Under no circumstance were we going to surrender our automatic bids to the NCAA champions,” said Farrell. “Rather it be men’s basketball or any other sports.”

The Big West Conference’s largest source of revenue comes from the television money it nets from its annual and assured participation in the NCAA Tournament.

The commissioner is prepared to allow the five conferences freedom, within certain limits, to spend how they want, but will not accede to any changes to the current revenue-sharing model.

“We did not want to concede the ability for those five conferences to expand the number of student-athletes receiving financial aid in various sports, because we were concerned that that would lead to warehousing of student athletes,” Farrell said. “That would just broaden the competitive gap.”

The final redline ensures the conference’s access to the caliber of athletes required to maintain competitiveness.

“It’s basically going from, let’s just say, 13 basketball scholarships to 20 basketball scholarships. Those seven student-athletes could be coming from our schools potentially,” Farrell said. “Instead seeing an Allen Williams from UC Santa Barbara or a Mamadou (Ndiaye) from (UC) Irvine playing at our level, they might be sitting at the bench at a PAC-12 school.”