Sundial Songs of the Week 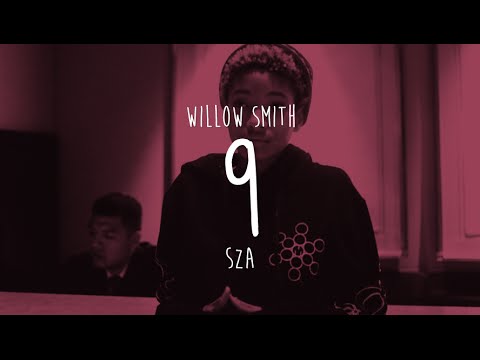 Students will rejoice as the Thanksgiving holiday rolls through this week, but most importantly, Matadors should be thankful for another edition of the Sundial’s Songs of the Week. Turkey Day should be accompanied with music, so check out this week’s five-song track-list featuring Willow Smith and Flying Lotus to go with a heartfelt Thanksgiving meal.

The Smith kids have been on a creativity splurge for the last couple of months.  Willow Smith’s III EP, along with the release of Jaden’s album this week, has probably made the Fresh Prince a pretty happy father. Smith’s vocals on the track are very reminiscent of early Rihanna. It’s very nostalgic, but it works well with SZA’s magnificent feature. The light layering of the keys and synths make this atmospheric track one to constantly stay on repeat.

This is an eccentric track, but the hypnotic wood-block-type metronome playing from start the start clearly reflects the song title. The bass is killer, too, and when the song really hits around the one-minute mark, all perspective changes, and it becomes a different feeling altogether. Haunting, but a sweet track to listen to if you’re into songs with multiple arrangements.

You read it right. It’s not Tove Lowe’s hit song, but another Swedish artist that should get more recognition in the States. Tove Styrke’s “Brag” is a pop-hit, and the production and creativity in this track is pretty awesome. The breaks in the rhythm are enticing, and the way the song closes out just makes the listener want to repeat the song over and over again. Check out the track, and the rest of her discography on her Soundcloud.

Chilly keys, a blistering drum beat, and a serenading set of vocals make this track super dreamy. The multiple breaks and the rhythmic transitions in the track create such a peculiar overall calming feel to the track. Oh, and the steel percussive instrument subtly played in the background is absolutely awesome.

Who would’ve thought these two would pair up for a track? Well, that doesn’t matter, because it’s just perfectly sinister. DOOM’s signature voice and FlyLo’s patented production is a near perfect combination, and the only thing keeping it from a perfect track is the short length of pure bliss.
As this week’s SOTW concludes, the entire staff would like to wish everyone a safe and fun Thanksgiving weekend. Remember, when you guys return, it’s going to be just a few days away from finals week. Grub on!