ICYMI: A schism in the art of protesting 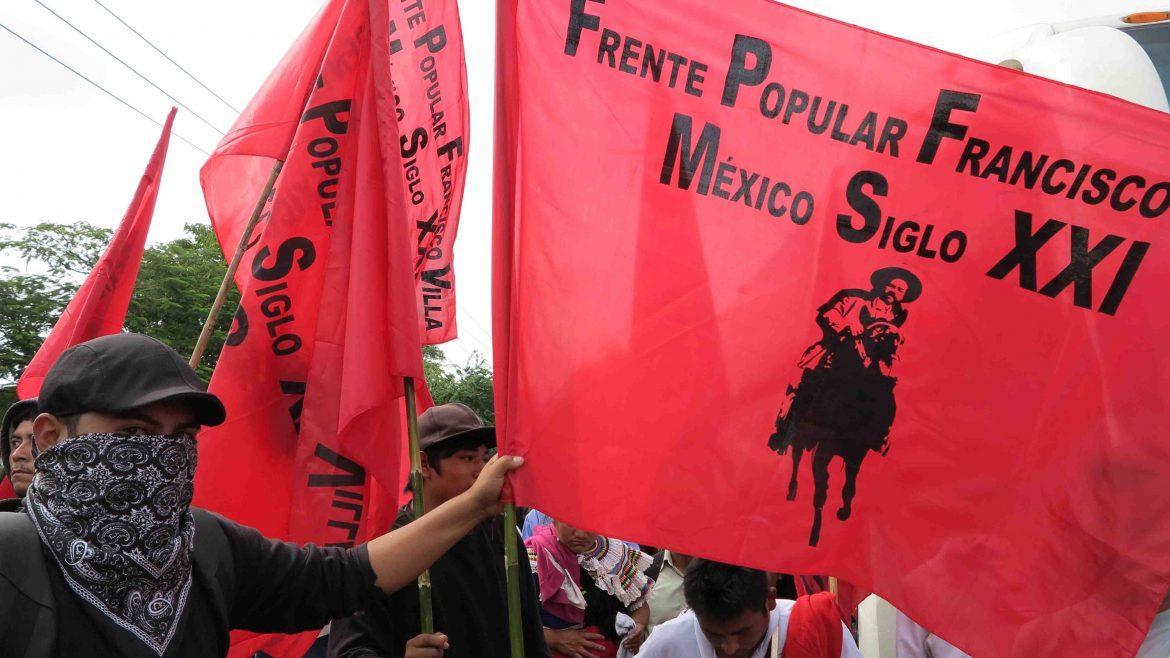 Last month, no one could have imagined the frustration and turmoil that would rupture from the nation south of ours, when the mass grave with 43 bodies was unearthed. Neglect of focus from both the U.S. and Mexico has further angered people on both sides of the border.

The people of Mexico have, in the time since the discovery, gathered together and firmly set their positions. They will not let their government hide what may be the truth, that these 43 students were slaughtered by the cartels and federales.

With protests nationwide, some more violent than others, including setting the presidential palace doors ablaze in Mexico City, the government has found itself in yet another predicament. There is even a possibility that President Enrique Peña Nieto may be ousted after two years of inaction on the Drug Wars and murders related to it, though it likely will not happen due to “no credible opposition in site.”

As the lack of faith in the Mexican government reaches a new low, the questionability of Peña Nieto’s administration and governmental authorities stands tall. Enough is enough, stop the senseless murders. This aggravation, obviously, is followed by an argument over Mexican and American drug policies, but that is not currently my focus.

The anger of people in Mexico is distantly shared with those protesting the non-indictment of Officer Darren Wilson, who murdered the unarmed teenager, Michael Brown. From New York City to Los Angeles, there have been moderate, peaceful protests on the east coast, while there have been roadblocks and freeway closures in the west.

Lack of legal action should have been a hint to the court that the people’s response would be volatile. Pleas from Brown’s parents and President Obama have proven ineffective. The attempts at passive protests have unilaterally failed.

No matter how many pleas for peace are made, there is no legitimacy in the two governments’ dead words. We will all be angered by senseless crimes that are not pursued. Our second president, John Adams, even said clearly that America is a nation of laws, not men. And where the law fails, the people will rise up and react in some way or another.

I back the notion of protesters in Mexico, mobilizing to reform their government into action. On the other hand, I don’t know if Wilson is a racist and killed Brown based on the color of his skin. All that matters is that the law, with no biases or limitations.

In an era where the passive actions of Martin Luther King, Jr. and Gandhi seem to have been brushed away by the broom of history, what hope can people have? We should no longer have to result to ruthlessness when we are outraged by cruel and unusual designs. The work of Gandhi and King should be enough to show that problems can be resolved peacefully. Other examples can be seen with the International Socialists in the United Kingdom and the peace protesters in the U.S., which both occurred during the ‘60s.

Yet, both protesters and government officials continue to revert to that uncivilized period of unspoken conflict, where a solution to peace through compromise is remarkably impossible.

Now, examples of those passive voices still stand. At CSUN, I have witnessed large protests from MEChA against the American inaction on the 43 students, questioning both governments’ and the media’s ability to ignore people who may have been any 43 students from across the nation.

Imagine, dear reader, if those mangled bodies were of lost CSUN students.

The quiet protest of 43 empty desk chairs on the lawn in front of the Oviatt sent a powerful message. The frustration exists, but there has been no need to overturn cars and march on the freeway.

And the more recent student-run protests by MEChA over the Ferguson decision, still in an organized and peaceful manner, have been met by reactionary responses from LAPD in riot gear.

If people want a peaceful solution, the opposing sides must follow common sense rather than racist hype or in-group favoritism. At the heart of the matter in Ferguson, a police officer killed an unarmed teenager who may have committed a petty crime unworthy of an execution. Again, the law must come first. After the results of the Trayvon Martin murder trial, however, we Americans still have a long way to go before we finally resolve our eternal problems.

As I have written before, it will be another millennia until humanity gets itself in order. But there is a chance for Mexico, I believe.

If murder and government inaction persists, the people have the unalienable right to resist and call for change. The mass murders in Mexico should have ended a decade ago, and it will likely take a second revolution to clear out the corruption and lack of action committed by the Mexican government taking place everyday.

In such a transition, the U.S. would undeniably benefit from supporting the Mexican people’s choice to bring legality and reason to a failed government system. Immeasurable support from America would be the start of a stronger relationship with Mexico, something we need after sending that nation on its unsettling trajectory started by the Mexican-American War.

Though a “stronger opposition” is being called for, I insist that this movement has the effort to accomplish this.

Reactions on by sides of these issues differ greatly, but with impenetrable peace and great violence on both sides, the legal rights of the people must be met.