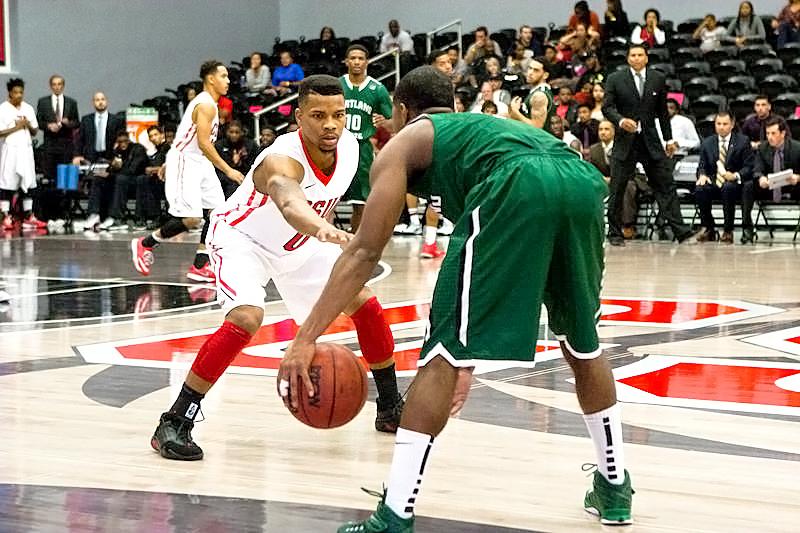 The Matadors are down by just three and there are 10 seconds left in regulation. Coach Reggie Theus brings in Ajon Efferson as Stephen Maxwell goes to the bench.

That plan backfires when Efferson loses the ball with two seconds left as he goes up for a three pointer.

During the course of the second half, junior guard Landon Drew, with his fifth assist, tied for 10th all time assists in CSUN history with 260.

“(South Dakota) outscrapped our guys, they outfought them and they outrebounded us,” Theus said. “We had a whole bunch of guys not show up and we let a team come in (and) beat you that shouldn’t beat you.”

South Dakota started the game on a 11-0 run when the Matadors missed their first five shots.

CSUN did not score a point until the 2:46 mark when Hicks hit a layup.

After a furious comeback from the Matadors, they took the lead with 2:03 left in the first half when Efferson hit a three pointer. The field goal was his only basket of the night.

That lead proved to be the only time that the Matadors led during the course of the game.

The Coyotes closed the half on a 5-0 run when Casey Kasperbauer hit one of his five first half three pointers and a layup soon after. The 6’1” Coyotes’ guard finished the game with seven threes and seven rebounds.

Hicks led the Matadors in the first half with 15 points, 4 rebounds and 2 assists.

In the second half, the game was close throughout. The Coyotes led by no more than seven points.

Maxwell struggled for the second consecutive night as he scored 11 points (4-for-10), with six rebounds and an assist.

The Matadors will try to break a four game losing streak when they are going away to face the Pepperdine Waves (3-1). Tipoff is scheduled for 7 p.m. on Dec. 4.