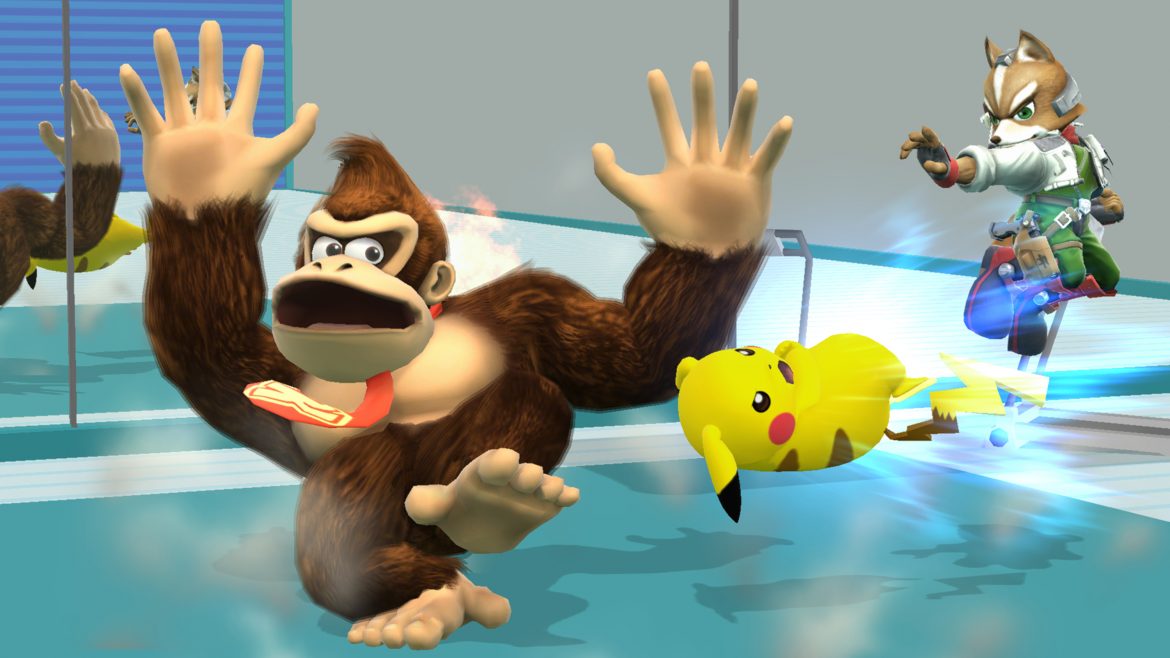 Just about all the features in the Nintendo 3DS version are available in the Wii U version, along with more modes, making Super Smash Bros for Nintendo Wii U not only the definitive version but one that also delivers the experience of local multiplayer.

The series is known for its large, diverse roster making this edition, easily, one of the best of the game series.

The Nintendo All Star gallery returns with both new and old faces, as they duke it out in familiar locales from Nintendo games. The roster size is the biggest so far, with 51 characters to choose from. Any player will be able to find a character to their liking.

The biggest feature added to the series is the eight-player smash, where for the first time ever, up to eight people can play using a variety of controllers. This mode returns the chaos and mayhem that “Super Smash Bros.” is known for, and it’s truly one of the greatest experiences in any video game.

These battles can easily range from manageable to complete chaos, depending on the stage selected. On a smaller stage, the eight-player battle has characters flying left and right.

Players can also choose which arena to fight in. This is where the battle becomes more manageable due to the bigger size of the playing field. The downside to the bigger stages is that a bigger television will be needed, since the camera likes to pull out to show all the characters on screen, making them appear too small.

While the Nintendo 3DS version had an exclusive mode called Smash Run, the Nintendo Wii U version replaces that mode with Smash Tour. In Smash Tour, the gamer and three other Mii fighters, the Wii U’s version of avatars, are thrown into a map and are given random fighters. As a fighter, you roll a dice and move around the spaces while collecting power-ups for the fighters you have and the ones you can collect.

Whenever two Miis come into contact, you will be thrown into a battle, where the winner can take fighters from the other Miis. At the end of the mode, with all the characters you have, there will be one final bout to see who emerges as the victor.

This mode is a complete mess. It mainly applies to what occurs in the game because there are many events occurring at the same time, and some events occur even before rolling the dice, making it easy to get disorientated.

Despite some problems with Smash Tour, “Super Smash Bros” for Nintendo Wii U still delivers the chaos and enjoyment that the series has given fans since the Nintendo 64 days. The multiplayer feature is still the highest point of the game, and now with the eight-player feature, the fun can be expanded. This is definitely a game that cannot be missed for the Nintendo Wii U.