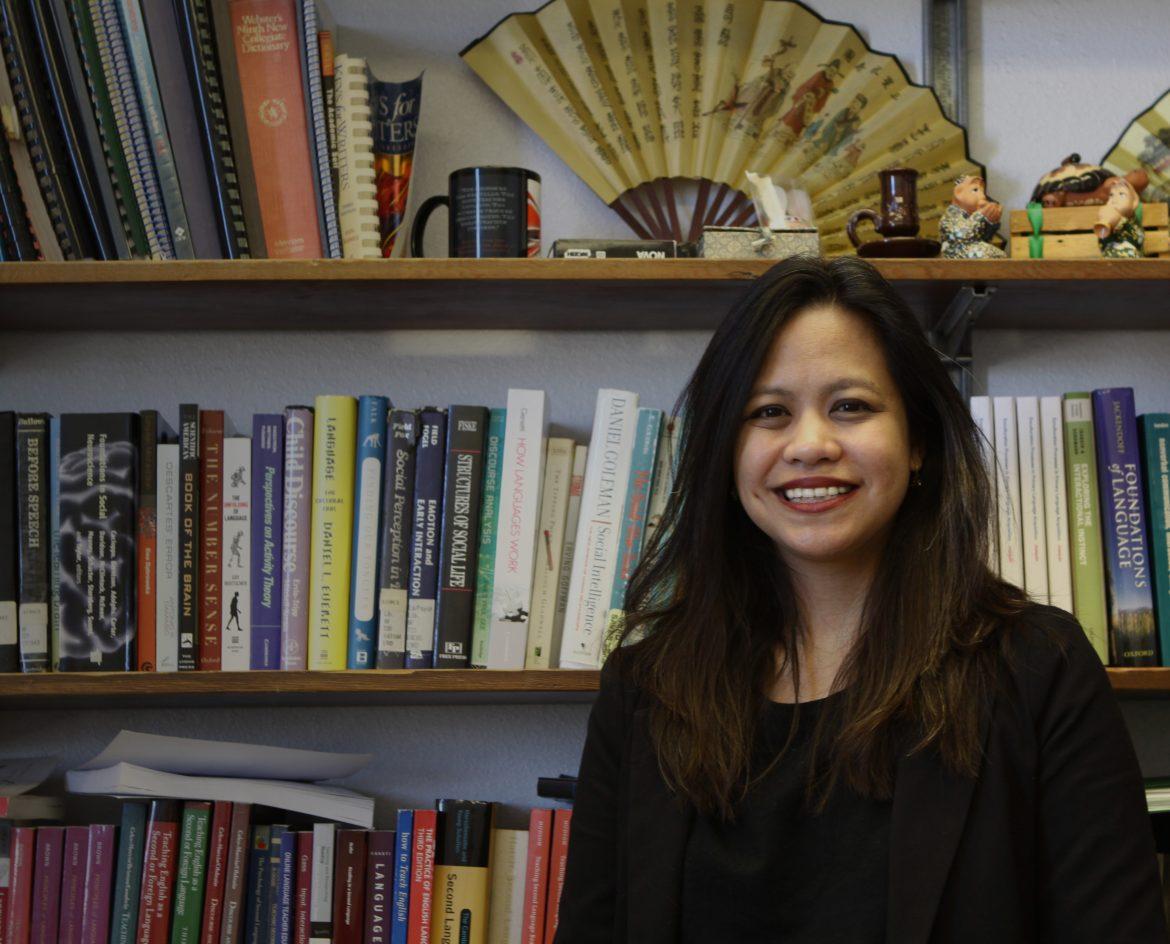 Anna Joaquin has published several books and articles about the process of learning languages, and has taught English as a Second Language at various institutions of higher education including UCLA, USC, and Los Angeles City College. Anne Christensen /Contributor.

CSUN linguistics professor Anna Joaquin is applying the science of language learning to a primarily adult audience from a unique perspective. She has taught English as a Second Language and English as a Foreign Language in many different settings including Southern California, Kazakhstan, East Timor, Myanmar, Uzbekistan. This year, her efforts earned her the position of being one of Diverse Issues in Higher Education’s top U.S. scholars under age 40 for which she was nominated by the CSUN Linguistics Chair, Dr. Evelyn McClave.

Joaquin has taught students from a variety of backgrounds, occupations, and education levels despite differences in culture and the biomechanics of learning a new language.

“I am a terrible language learner,” said Joaquin. “I think that’s what motivates me, if it was easy, I don’t think I’d be as curious about it.” Joaquin explains she has studied Russian, Spanish and French in addition to to her first language which is Tagalog.

“My motivation has varied at some point, but I’m trying to understand how people learn languages,” she said.

Even though she has worked in many different places under varying conditions, there are still certain similarities between everyone who is trying to learn a new language.

“There are going to be individual differences in the brain, but the areas of the brain that are used will be the same,” said Joaquin. “One area that I particularly look at is the frontal lobe and that led me to researching persons with frontotemporal dementia and their language.”

Being able to also understand the differences between certain groups of people has helped Joaquin to teach all around the world to a diverse student body. Cultural differences and varied access to resources are differences that may affect a persons ability to retain a second or foreign language. While teaching Alhambra, students had access to native speakers while in Kazakhstan the students were primarily collective farm workers.

Joaquin wants to continue to help train other TESL (Teaching English as a Second Language) teachers. No matter which area she chooses to pursue, she never wants to forget about why she is connected to the student population.

“One goal that I do have is every couple of years to go back into the ESL classroom,” said Joaquin. “I think that is important especially, as a teacher-trainer I need to keep myself updated.”

Joaquin believes that learning about how people learn each language is crucial to understanding how to teach them.