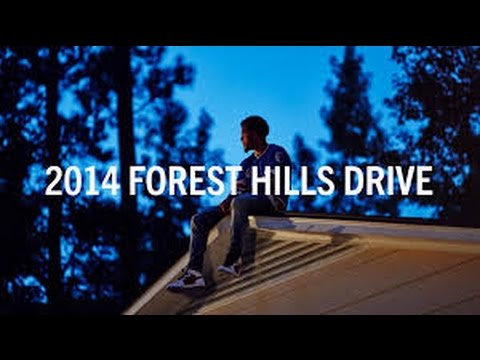 One listen through J. Cole’s “2014 Forest Hills Drive” will have listeners asking themselves “What did I just listen to?” Not because the album is a classic or overly bad, but a single run through of the album may not command your ears’ attention at first listen.

As a concept album, Cole does a good job at taking listeners on a journey from his upbringing and through his struggles with success and fame. However, individually, those shuffling for a particularly interesting single or classic track will find themselves hitting the next button until they’ve gone through all 13 songs.

Even the biggest Cole fans can admit the album requires multiple listens. At times, Cole’s storytelling, such as on the song “Wet Dreamz,” provides nostalgia to rap’s simpler days when Notorious B.I.G. took us on journeys. Other times lyricism and vulnerability in tracks like “Love Yourz,” or “Apparently,” are reminiscent of the great Nas.

Still there are plenty of times Cole reminds us he is the same skilled rapper, lacking the true creativity to be engaging or interesting. The song “Fire Squad” attempts to be Cole’s hardest flow, but it sounds more like an uninspired version of Kendrick Lamar’s verse on “Control.” While he’ll make headlines with the song calling out white rapper’s privilege, the topic itself is neither compelling or new.

One thing for sure, is that Cole manages to show versatility throughout the album. “St. Tropez” and “G.O.M.D.” are interesting tracks telling about his struggles in Hollywood, but they lack any real emotion to be considered good soul music.

“No Rolemodelz” serves as the album’s transition from concepts of struggle, to Cole’s theme about finding love during his success.

Cole is commended for not having a radio single, beat sample or feature on the album. However, having a feature would have worked out in his favor. Too many times he bombards listeners with vocals that are out of his range. The live instrumentals throughout the album are a nice change of pace, but there are times where there is just too much going on.

Hip-hop enthusiasts must respect and appreciate the album, considering the overwhelming amount of music that comes out with no concept nowadays. However, there is not a single compelling reason to make “Forrest Hills Drive” a regular on your music device. Unless you’re planning on sitting in 110 traffic, or waiting for the bus and you have time to listen to the album in its entirety.
Cole’s third album neither cements the 29-year-old rapper as a classic lyricist, nor a mainstream hit-maker. Instead it increased his reputation of making grey albums without anything for listeners to attach themselves to. While not terrible, “Forest Hills Drive” continues Cole’s legacy of boring music.