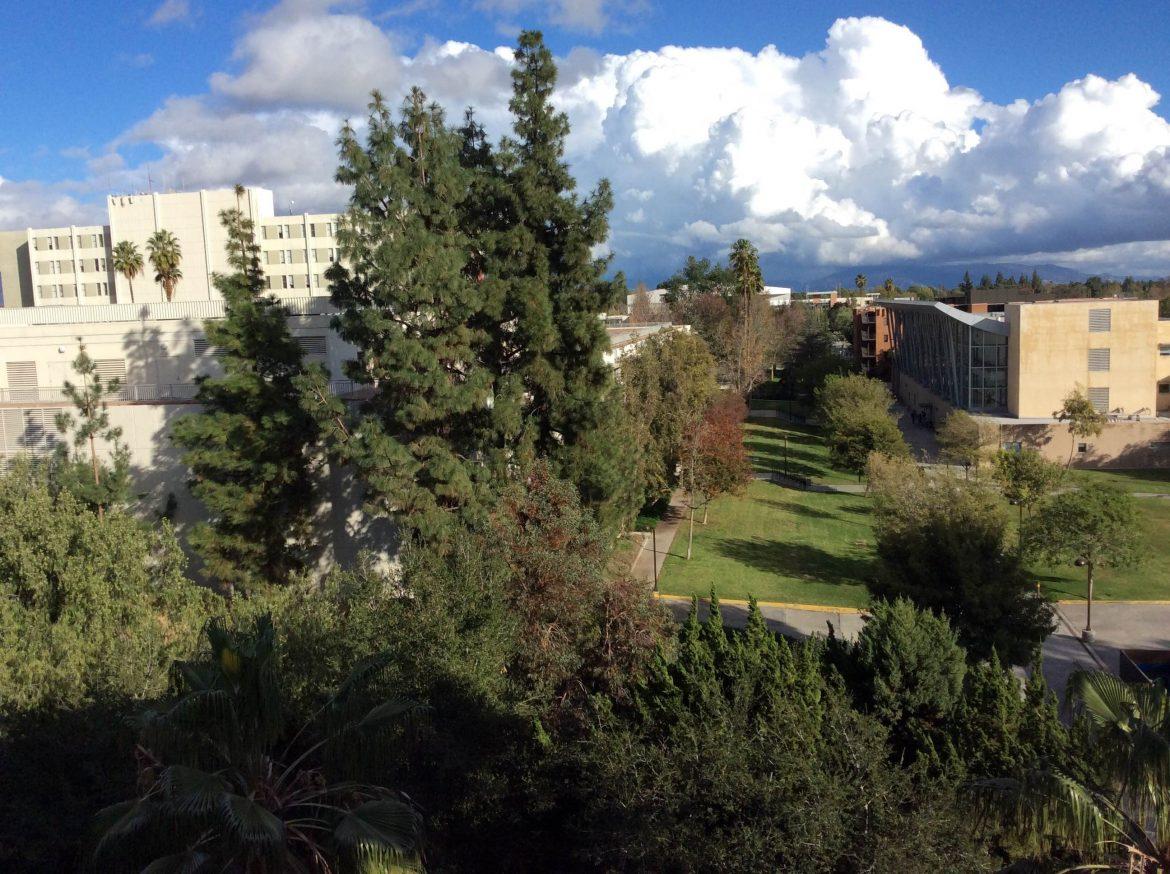 The CSUN community experienced heavy rainy days last week, but for the most part, was left unscathed.

However, many California regions, including the greater Los Angeles area, were faced with a series of rainstorms.

In Northridge, small floods caused by the rain covered some parts of city streets.

As fall ends to make way for the winter season, many regions and counties have been facing  abrupt and severe weather changes. Throughout the nation, multiple states have been encountering continuing thunderstorms or snowstorms.

“It took me two hours and 15 minutes to get to campus that day,” said Marie Cartier, a CSUN social science professor, whose drive to work took longer because of the rain.

Cartier also had a minor issue with one of her car’s windshield wipers being broken. Since California rarely has harsh weather conditions, she wasn’t aware of the broken wiper because she rarely uses it. All those had happened before she had to go to work from Lakewood on the same day.

Despite the malfunctioned wiper, Cartier was able to get to her workplace with no problem.

“Always make sure your wipers are fine,” she said when asked if she had any safety tips in dealing with future rainy days.

Professors weren’t the only group being interviewed about last week’s rains, as CSUN students also had comments about the changing weather.

Laura Yera, a senior student at CSUN, expressed her concerns about the puddles around the campus.

“The school should build drainage to get rid of the puddles around campus,” she said.

However, few other students weren’t really bothered by last week’s rains, while even preparing for their fall semester finals.

Another CSUN student, Jon Lee, stated rain gave him a reason to stay indoor and focus on his study.

“It gives me another reason to settle down and focus on my studying because it’s too cold and wet to do anything else,” he said.

“Keep a safe distance between you and the car in front of you,” she said.

And should a driver find themselves with a dead battery, CSUN PD also offers free battery jump start service.

“Oftentimes, drivers leave their headlights on, spend hours on campus, then return to find their vehicles do not start,” Villalobos said.

Although the clouds have cleared above the campus sky, students, professors, and residents within the community continue preparing themselves as another storm is expected Monday night, although this new storm will be smaller than last week’s.

Rain is expected Tuesday, with mostly cloudy skies on Wednesday.

Clear skies, however, are forecast for Thursday and Friday. It will be partially cloudy on Saturday and Sunday, as well as next Monday, as the weather rolls over the San Fernando Valley.