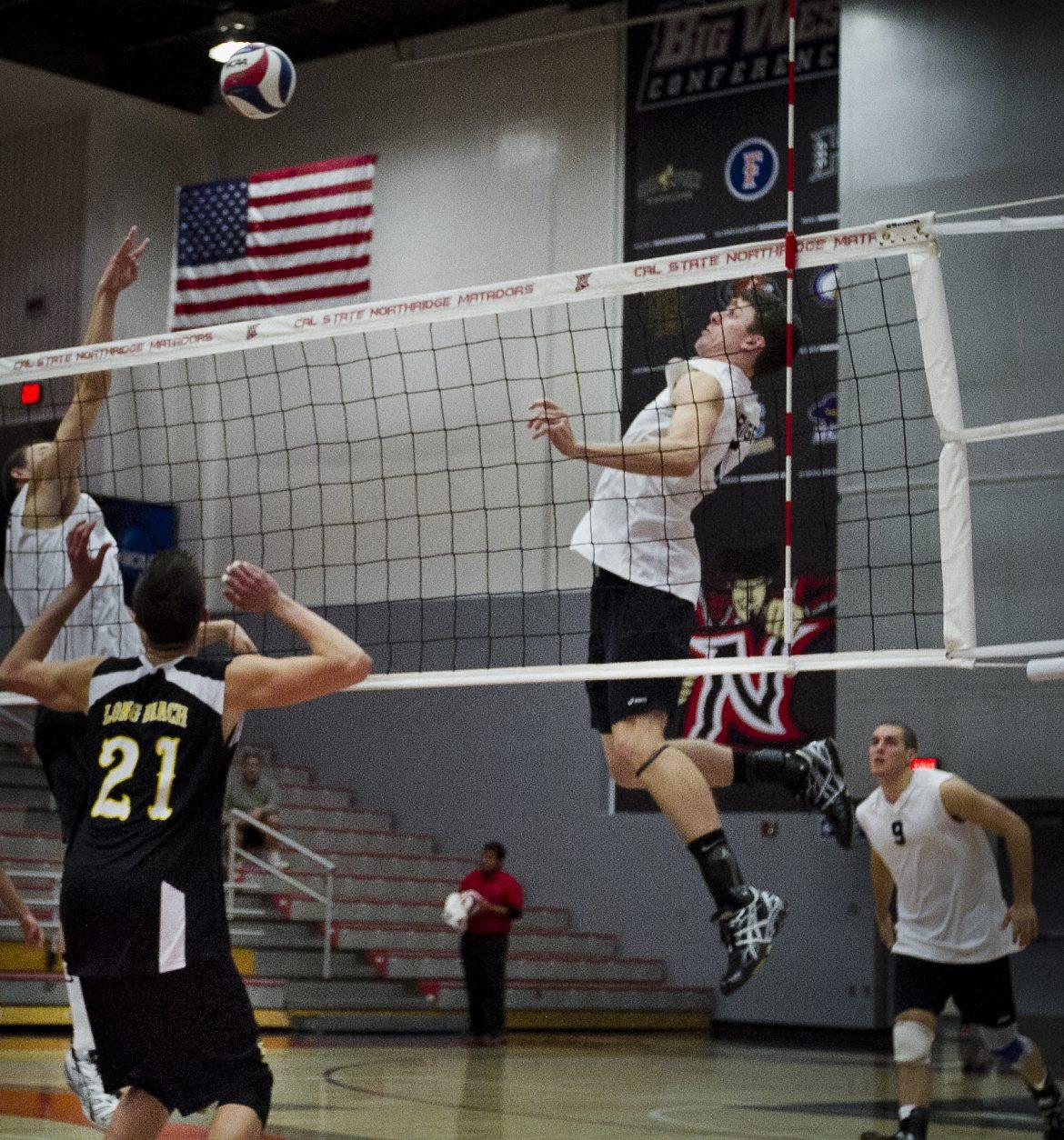 CSUN took their home opener against George Mason by storm, sweeping the Patriots 25-18, 25-14, 25-19 Tuesday night in their final non-conference match. The Matadors won a home opener for the first time in two seasons and they did so setting new season and career high records.

The Matadors (2-2) hit a season high .347, with nine aces. Junior middle Brian O’Gorman contributed three of those aces, which were also a career high for him.

Junior Sam Holt added another CSUN match high of 14 kills. Holt hit .423, had seven digs and one ace for the Matadors.

Kills by Holt and Faulkner propelled 4-0 run to break the tension of a close first set. Late in the game, the Matadors were put on top 24-18 with back-to-back kills by Lenore, assuring the team of their victory. The win was then secured with an ace from O’Gorman.

Service and attack errors caused the Matadors to give the Patriots the first few points of the match, but once they tied at four, there was no turning over the lead. CSUN then dominated the second set hitting .474 with 11 kills, while the Patriots had only five kills and hit -.211.

After volleying back and forth one point at a time, the third set took a 5-0 run to get the 12-17 lead the Matadors needed to ensure the 25-19 victory over the visiting Patriots. In the set, the Matadors had 15 kills to the Patriots’ seven.

With a final preseason victory and a 3-2 winning record going into MPSF play, the Matadors will be taking on UC San Diego on Friday, Jan. 16 in the Matadome at 7 p.m.