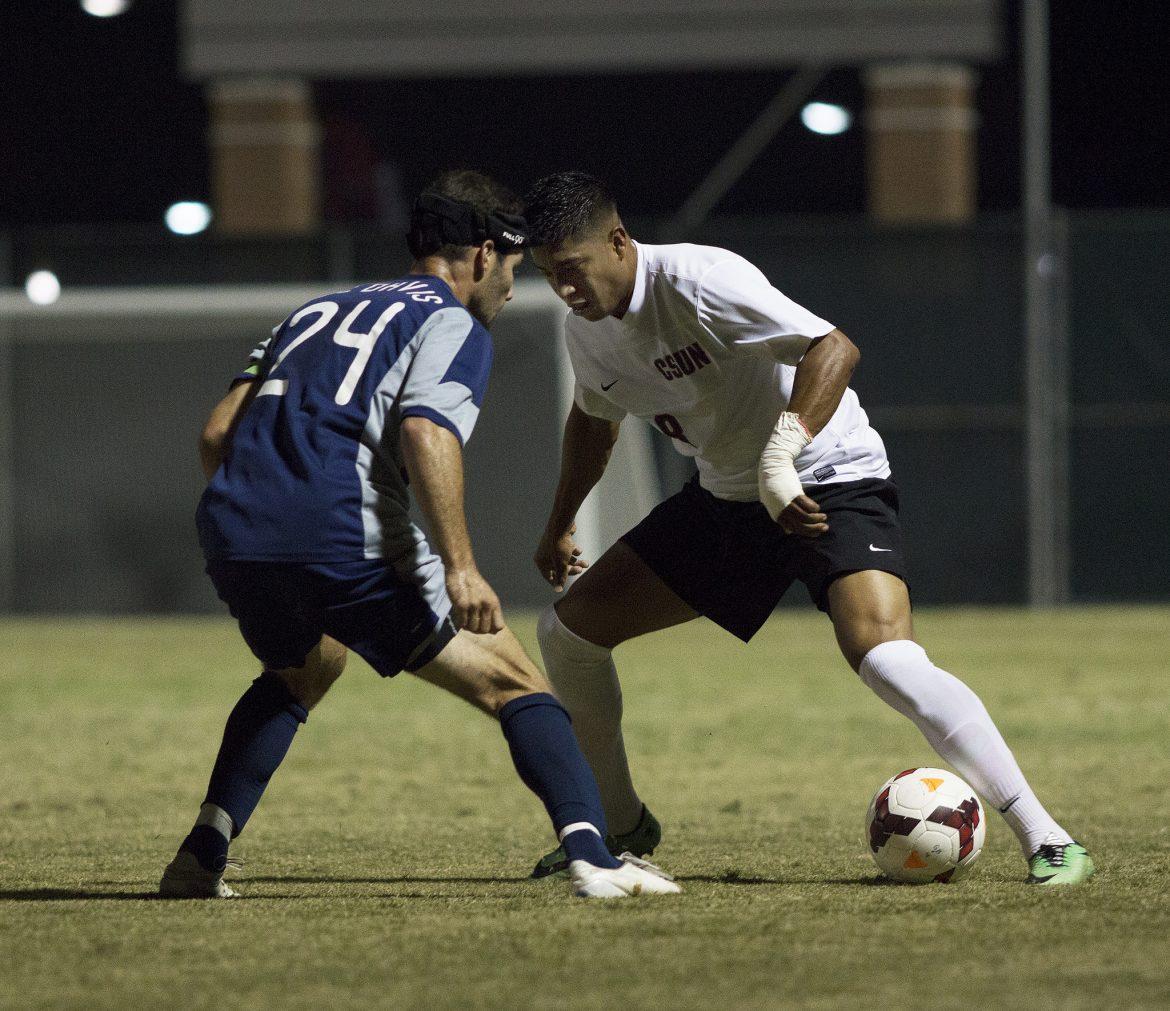 Both were two-time Big West Champions. One was a first team All-American who scored 42 goals in his CSUN career, making him one of a few players to reach the 40-goal mark in college soccer and in Matador program history.

The other earned All-Big West First Team honors, and played an instrumental part in setting up those 42 goals, and many more for his teammates.

Is that enough for Major League Soccer teams to consider them ready for professional soccer caliber?

The answer was presented Thursday afternoon at the 2015 MLS Superdraft in Philadelphia as CSUN men’s soccer players Sagi Lev-Ari and Edwin Rivas were selected into the league, the first time in Northridge history to have two players drafted in the same year in the first two rounds.

“It shows that they had a great body of work in their career,” said CSUN men’s soccer head coach Terry Davila.

Lev-Ari and Rivas were drafted in the second round with the 35th and 37th overall picks, respectively. Lev-Ari, who was named All-American in 2013, was drafted by one of Major League Soccer’s first clubs and 2008 MLS Champions, the Columbus Crew. Rivas was selected by Toronto F.C. in Ontario, Canada, where he will join United States international players Michael Bradley and Jozy Altidore in training camp.

With Lev-Ari, Feldman and Davila both know that Columbus made the right choice.

“Columbus took him for all the right reasons,” said Davila.” He’s professional ready, They didn’t get him for his age, they got him for his abilities. He’s the kind of player that can score goals at any level. Columbus got the biggest deal in the draft.”

Lev-Ari impressed in the combine the previous Sunday, scoring the game-winner in a scrimmage, while finishing third in the 30-meter dash, 11th in the agility test and fourth in the vertical jump.

“Sagi doesn’t need to be developed any further. He’s well rounded for Columbus,” said Feldman. “I can see Sagi end up being a top scorer in the league.”

Feldman trusts in Toronto F.C. and their reputation in developing younger players, and says it’s a great fit for Rivas because the club can mold the winger into an even bigger beast on the field. The assistant coach says Rivas’s versatility can make him a dangerous player anywhere on the field and with the fact that the club as well as the league is often experimental with its players. Feldman says the winger might be used throughout the field, whether it be as a striker or even a defensive fullback.