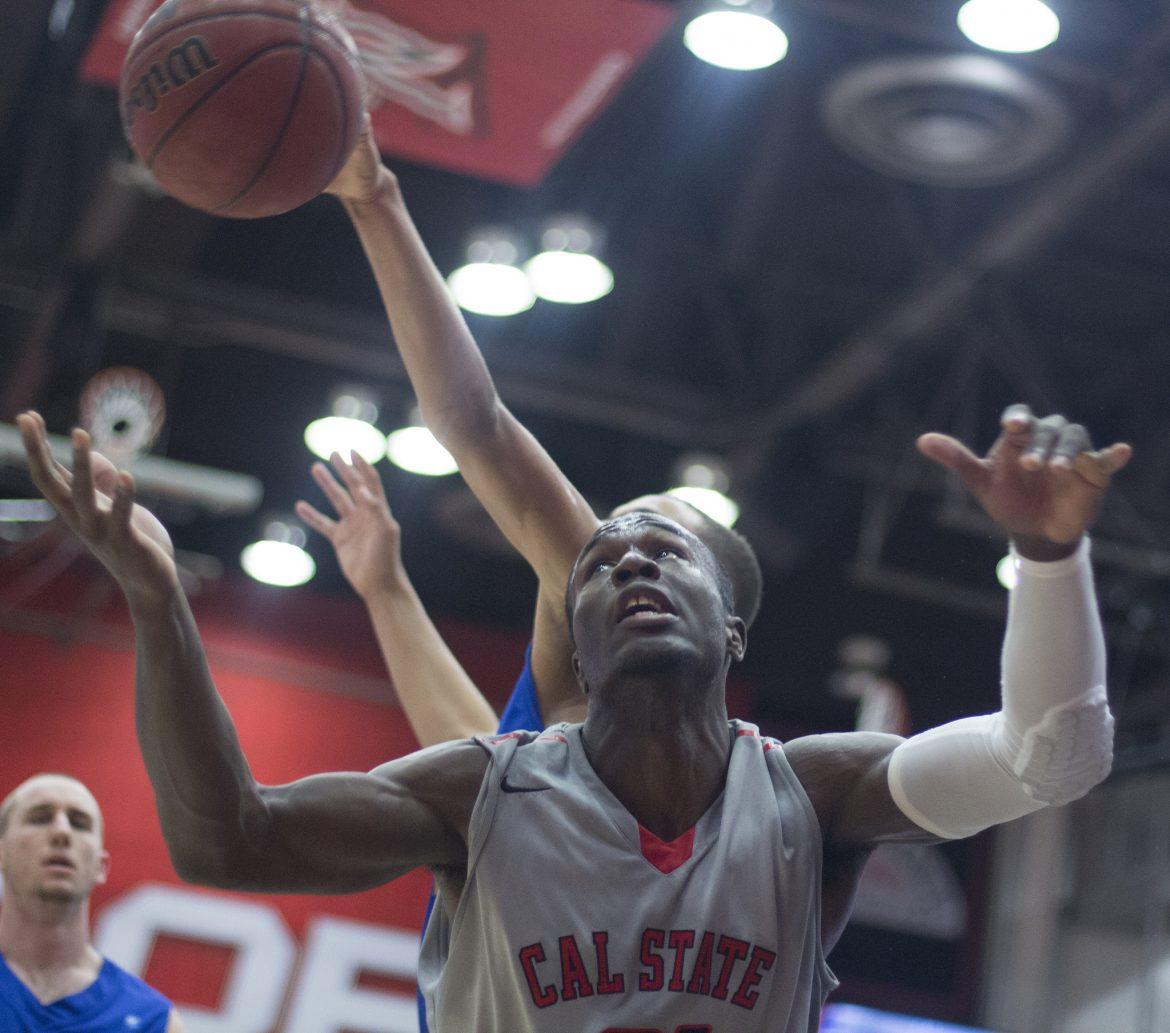 The Matadors (5-13, 1-2 Big West) grabbed their first away win of the season at UC Santa Barbara (8-8, 1-1 Big West) Thursday night, beating the Gauchos 74-63 in their third Big West conference game of the season.

Senior forward Devonte Elliott and junior guard Landon Drew had a memorable night as Elliott recorded his first career double double, scoring 23 points and getting 11 boards, while Drew finished his night with a career-high 12 assists. CSUN shot almost 96 percent in free-throws and 56 percent from the field.

The Matadors struck early and led as much as nine points within the first seven minutes of the game. UCSB retaliated and tied the game up at 17 with less than 10 minutes to play in the half, but the Matadors quickly regrouped and went off on a 11-4 run before the Gauchos closed the half at 35-32.

The Gauchos were first to strike as the half opened up, and took a 42-41 lead with nearly five minutes gone in the half. The UCSB lead didn’t last very long as the Matadors went on a 13-2 run in a span of four and a half minutes. CSUN closed out their game sinking all six of their free throws to earn their first away win of the season.

The Matadors will face Cal Poly in their Big West Conference Home Opener Saturday in the Matadome at 7 p.m.