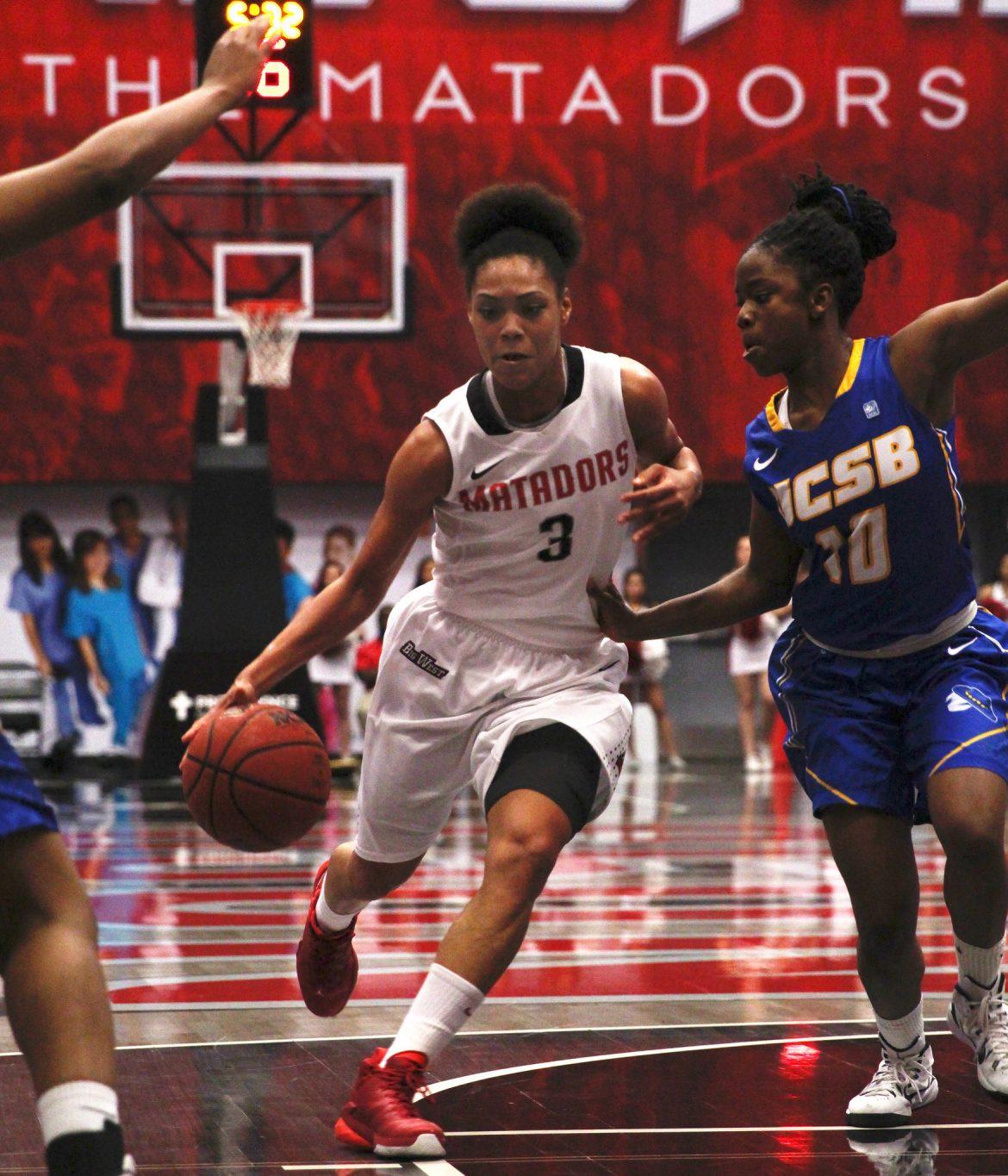 Cal Poly took the first point after the tipoff, but CSUN’s senior guard Cinnamon Lister answered back with a 3-pointer seconds later to put her team in a short-lived lead before falling victim to an eight-point Mustang run.

For the bulk of the half, CSUN struggled to make up for their ineffective defense against Cal Poly, and dragged a couple points behind. CSUN fell 14 points behind at 16:13 during the half, but a 3-pointer from senior forward Randi Friess brought the Matadors within reach of Cal Poly by halftime.

Things began to look up for CSUN at the start of the second half as solid shooting from Lister put the Matadors one point behind Cal Poly. Promising freshman guard Katelin King turned things around with a 3-pointer that put the Matadors over 34-32.

But the lead wouldn’t last for Northridge. They fell behind a few minutes later when Cal Poly’s senior guard Ariana Elegado, who last faced CSUN frustrated as her team gave up their chance for the 2013-2014 Big West tournament championship, put down a jump shot and set up her team nine-point run.

The Matadors fought for the lead the remainder of the game, coming within four points after the brutal Cal Poly run, but couldn’t capture the win.

Though shooting was mediocre at best for CSUN, with a 35 percent field goal average for the game, Cal Poly’s 35.7 percent wasn’t much better. A total of nine 3-pointers helped CSUN keep their head above the water in those devastating Cal Poly runs, but they couldn’t stop the Matadors from being outran by the Mustangs.

The Matadors are just three spots down from the now second place Mustangs. The California State University, Long Beach 49ers lead the conference with an overall 17-1 record for the season.

CSUN will play the second game of it’s three-game road play schedule against the University of California, Irvine Anteaters Jan. 22.

The Anteaters stand second to last over the University of California, Santa Barbara Gauchos in the Big West Conference. Irvine has not won a single conference game with their 0-3 record and save for a few non-Big West games, they stand 3-15 overall for the season.