Sleater-Kinney Are Back With ‘No Cities To Love’ 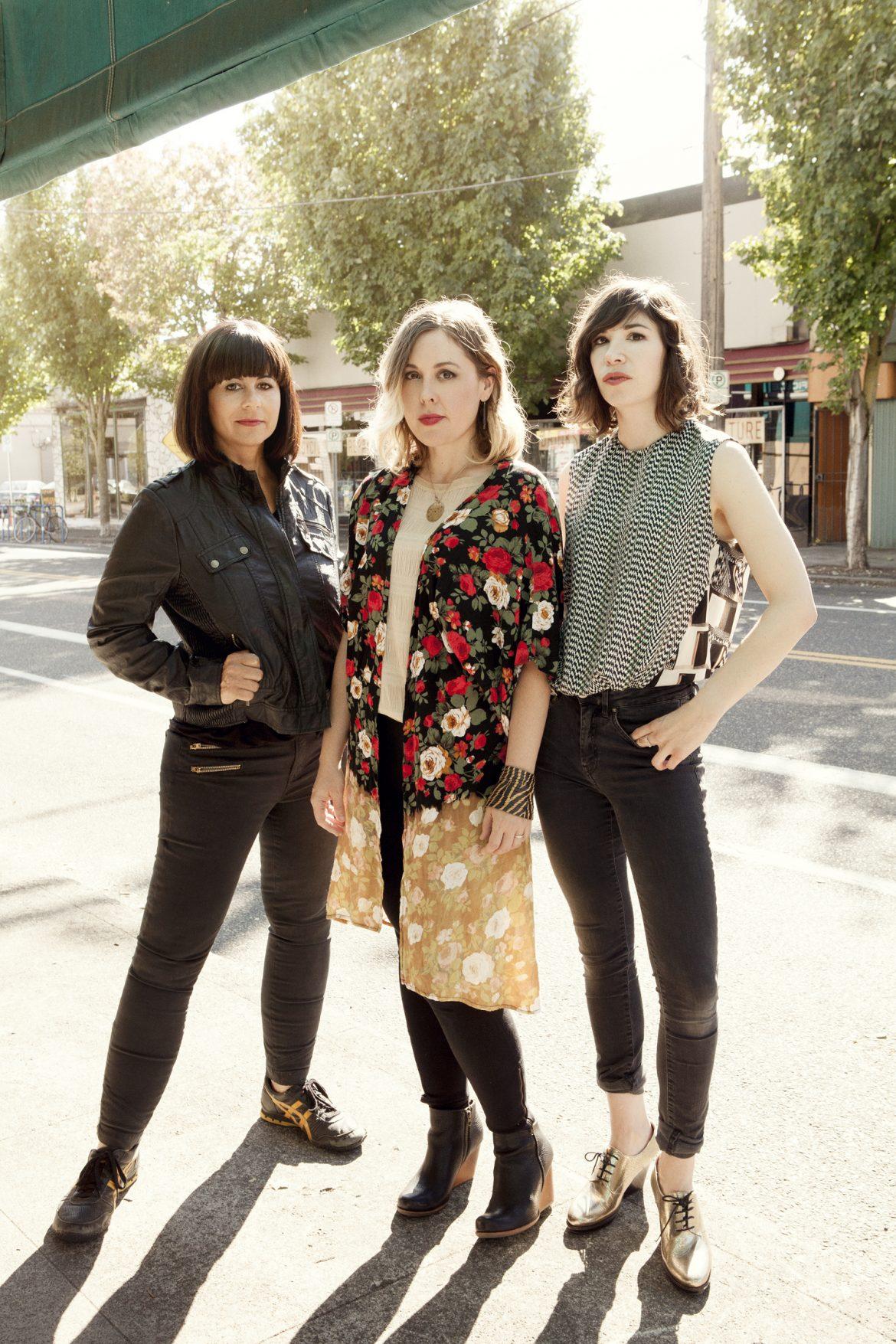 Sleater-Kinney is back in full force with their new album, No Cities to Love.

Sleater-Kinney haven’t released a record in 10 years. Their last record was The Woods, released in 2005. If you’re a fan of the all girl punk rock band made up of Corin Tucker, Carrie Brownstein, and Janet Weiss, don’t fret. Sleater-Kinney are back with their 8th studio album, No Cities To Love, out this week on Sub Pop Records. In the last few years, Sleater-Kinney was a band that the general public did not see reuniting any time soon. Each member seemed to move on to other side projects during the band’s hiatus. Such side projects being Carrie Brownstein and Fred Armisen’s ‘Portlandia,’ Corin Tucker’s namesake band, and Janet Weiss’ various gigs playing in other bands. There has been a serious wave of musical reunions in the last few years, so it only feels appropriate that Sleater-Kinney is back and ready to go for another round.

If you’re unfamiliar with Sleater-Kinney, the band first became popular in the early 1990s around the same time as other bands in the Pacific Northwest riot grrrl movement. They are also affiliated with the influential sounds that came out of Washington at the time. Think Bikini Kill, Nirvana, and the like.

Now, let’s get into the new record itself. No Cities To Love comes in at a solid 32 minutes, coming straight out of the gate with the groovy “Price Tag.” Tucker and Brownstein bring out the signature Sleater-Kinney guitars immediately, along with Tucker’s recognizable vocals. 10 years off was nothing for Sleater-Kinney. The trio may sound slightly more mature on No Cities To Love, but they’re back and better than ever. Each song is carefully crafted, and you can tell that Tucker, Brownstein, and Weiss each lent their hand in the writing and recording process. Sometimes reunions seem half hearted, and the band is just doing it to grab another record deal, but Sleater-Kinney mean business.

These new tracks are hard hitting to say the least. The lyrics are filled with emotion just as they were in the early days. A particular favorite is “Surface Envy,” the third song in on the record. Tucker sings “I can breathe, way up high now, it’s not hard to fly,” immediately resonating while listening. The guitar sound is rough around the edges on the track, and fits the lyrics perfectly. About halfway through the album after the title track, “New Wave” makes a case to become a modern day riot grrrl anthem with its totally danceable beat. You can just imagine Sleater-Kinney back in the ‘90s playing it at a house show in Washington. There are a few contrasting tracks on the album, like the slower “No Anthems,” and “Bury Our Friends,” which has an excellent and notable disjointed guitar riff throughout the song. No Cities To Love finishes out with “Fade,” true to its name. “Fade” is a perfect slow burning album closer. You can just feel the emotion from Tucker’s vocals seep through your speakers. Although its now been 20 years since Sleater-Kinney’s debut, the band have made it clear that they’re ready to show their work to the world again. Sleater-Kinney are heading out on tour in February and will make a stop in Los Angeles on May 1st.

Check out their tour dates at sleater-kinney.com