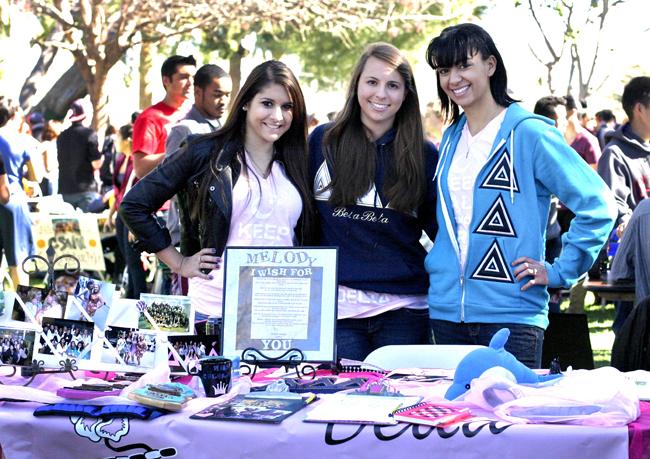 There are a lot of images that can come to mind when thinking about Greek life on college campuses.

For some, it might include non-stop parties and ridiculous initiation rites, if movies and TV shows are to be believed. Others might think of a group of girls or guys bonding together and forming a life-long friendship.

With no official Greek Row at CSUN, those images might just include large sandwich boards announcing future events and tables for each house selling baked goods.

After news was brought forth concerning hazing-related incidents at two CSUN fraternities, one of which involved the death of a student, all pledging activities were ceased, one fraternity was disbanded, and spring recruitment was cancelled.

As the semester starts, the pledging ban is on the minds of students in the Greek system and those who wished to rush.

Diana Tran, senior public relations major, is apart of Delta Delta Delta and said the ban has its benefits, but there are downfalls as well.

“We, as individual houses, can focus more on our brotherhood and sisterhood,” she said. “[But] we’re missing out on a lot of potentially great people who could be apart of our organization.”

She continued to say that her sorority was looking forward to spring recruitment because it is smaller and they can get to know the pledges better.

David Perkins, junior business major, was looking into joining a fraternity before the ban.

“I just transferred last semester so I decided to get used to the campus before I tried rushing, but now obviously I have to wait,” he said.

To him, being apart of the Greek system meant close friendships and people who could guide him during his college career.

Despite the allegations, he is still hoping to join before he graduates.

“I still want to be apart of [a fraternity] but I feel like there are negative feelings towards Greek life now,” he said. “They’ll just be an example of those stereotypes in movies and stuff.”

Those apart of the Greek system pointed out the benefits and why their houses are important, and that it is not just about parties and hazing.

“Greek life is really great for the brotherhood, or sisterhood, you create with others,” he said.

Tan and Tran both valued the networking opportunities.

“It’s a great way to have an alumni system to go to who are older and who have been in our places years ago,” Tran said.

Tran credits her sorority for helping her get her new job after she graduates.

Other students saw the ban as a great thing.

Jessica Jones, junior psychology major, said it could force each house to evaluate their priorities.

“It sucks on one hand because a couple of guys ruined it for everybody, but on the other, maybe this is exactly what needs to happen,” she said. “If they want to keep their houses, then they need to think about what’s important to them.”

She did note that she does not believe all fraternities or sororities were hazing, but there has to be a few more who do.

“I think since the stereotype is so prevalent that they think they need to haze, but really it’s stupid,” she said. “Maybe those houses that do will think twice before subjecting their potential members to any humiliation or stress.”

The ban could also have an impact on each house’s finances as they will not be able to collect new members fees or other expenses.

Currently the ban is only set for the Spring semester while the investigation is being conducted.