Holiday Hoops: how the CSUN basketball teams fared over break 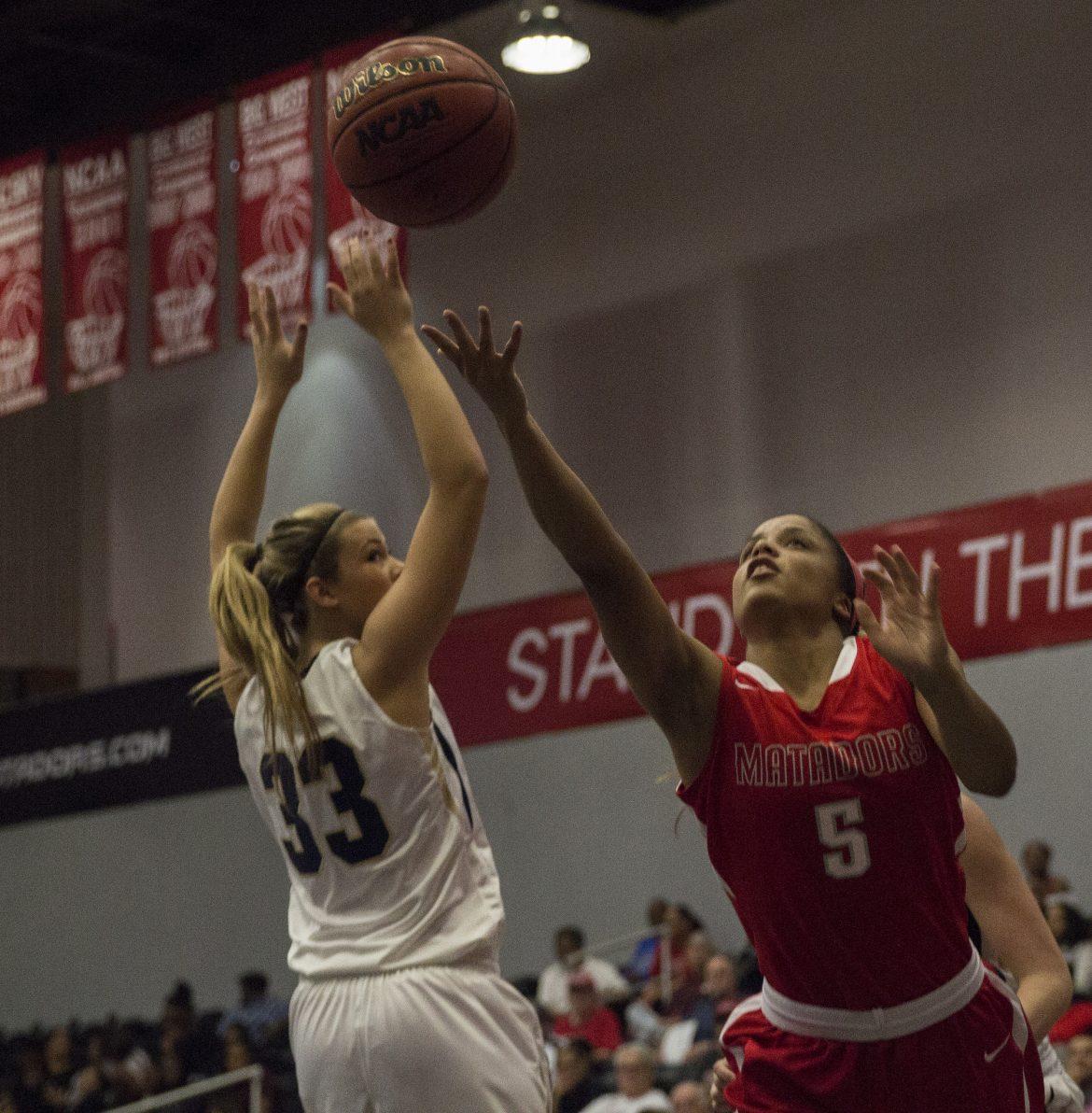 Ashlee Guay was instrumental in the women's basketball team over the break, earning a CSUN Athlete of the Week honor during the winter sessions. Photo credit: Trevor Stamp/Multimedia Editor

With many students going home and celebrating the holidays during the break, the CSUN basketball teams have been putting on a show for those that can make it out and support the Matadors. Here’s how they did over the cold winter.

Head coach Reggie Theus and company has just reached a .500 season record after two big wins in the Big West over the last week, but the lack of depth and players on the bench has clearly hurt the team from doing any damage in the preseason. The players have produced the best they can on the court, but even Theus has said after their win against Morgan State that an extra player can make a big difference in their game. The Matadors registered a four-game and a five-game losing streak during non-conference play, but bounced back in back-to-back wins against UC Santa Barbara and Cal Poly San Luis Obispo before the semester started. The team averages 65 points per game, and shoots an average 43 percent, so the team is putting on, but just not closing out. With a two-game winning streak, however, it seems that CSUN is regaining their groove.

The women’s basketball, on the other hand, has had a total opposite season. Carrying on their winning stride last season, the team set a new school record by winning their first seven games straight. Head coach Jason Flowers, and the rest of the Matadors, lost their conference opener at home, but bounced back against Hawaii two days later, to have an even Big West record. CSUN averages 66 points per game, and shoots an average 38 percent from the field, so, although shaky for the last few games, the Matadors really have little to worry about if they continue to produce on the court. With games coming up in Irvine and Long Beach, CSUN should be able to shake off their rough start to the conference after manhandling UC Santa Barbara, but falling to the Cal Poly Mustangs. Nonetheless, they should be able to repeat their feat from last year – a proper send off for the seniors.