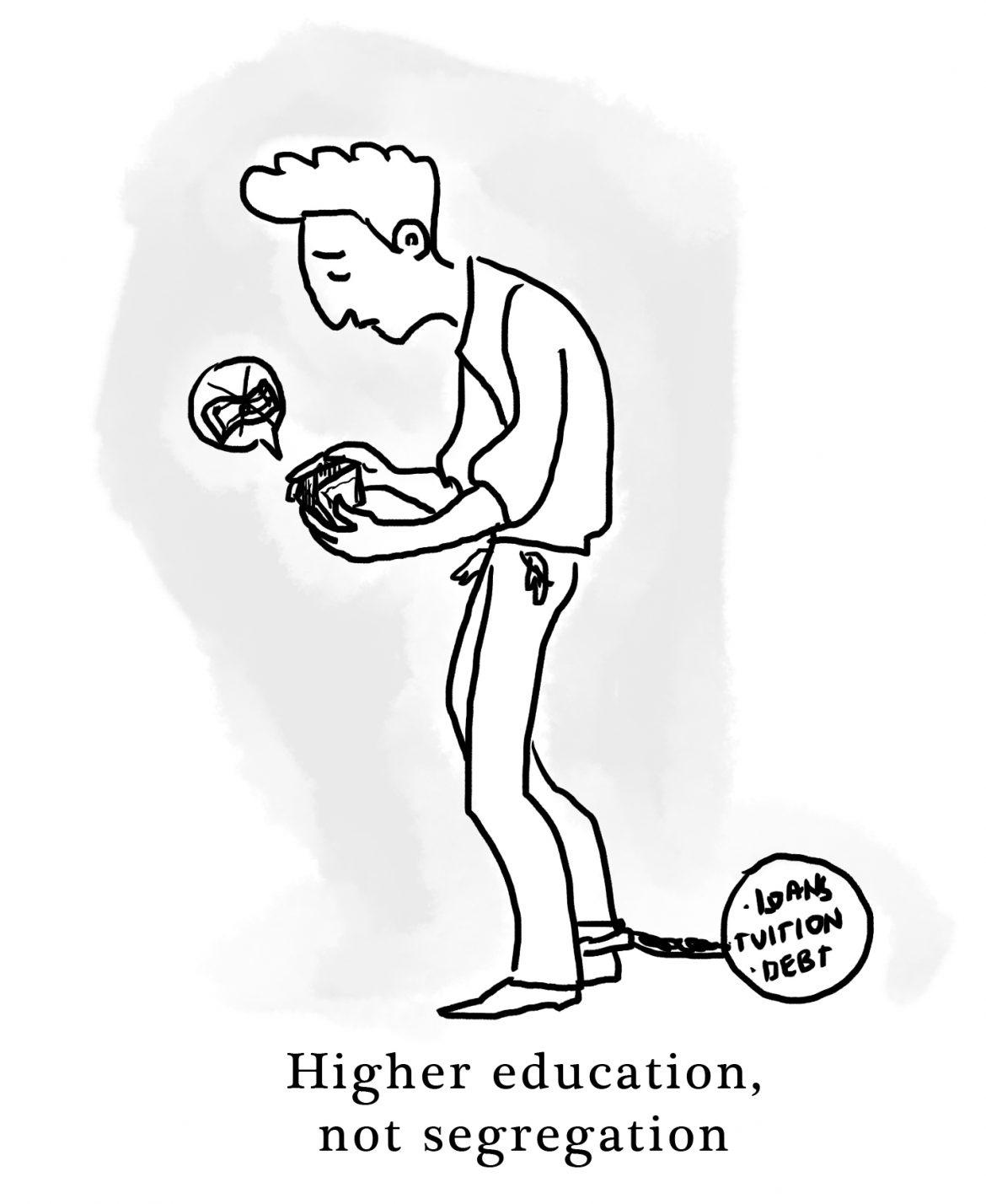 For many undocumented students, paying for college tuition can be incredibly difficult. Granted, college is expensive enough for most individuals.

However, undocumented students have limited resources when it comes to getting the financial assistance they need.

The National Center for Education Statistics says that from 2011 to 2012, the average cost of tuition and room and board was more than $33,000.

If these thousands of dollars per year seem like too much, it’s because it is. According to the Project on Student Debt, the graduating class of 2013 owed, on average, more than $28,000 in loans.

While these students may be in debt after graduating, they were at least able to get the assistance they needed to obtain a bachelor’s degree. That isn’t the case for undocumented students. They not only have to pay an average of $33,000 out of pocket. But if they cannot afford it, like most students, they just cannot attend a college or university.

Fortunately, California is one of the most progressive states when it comes to helping undocumented students not only attend college, but also pay for tuition.

Senator Ricardo Lara proposed the California Dream Loan Program in April and it was signed as SB 1210 by Governor Jerry Brown in September.

The California Dream Loan Act will go into effect during the next school year. It will allow The University of California and California State University students to receive additional state aid by applying for loans.

Lara’s proposal was to have $9.2 million of initial funding with $2.3 million coming from the institutions and $6.9 million from state funding.

This would significantly improve the chances of undocumented students getting a college degree and, in turn, give them a chance to improve their lives.

President Obama has stated that by 2020, 35 percent of jobs will require a bachelor’s degree and 30 percent will require an associate’s degree, or at least some college education.

Therefore, undocumented youth deserve the chance to make something of themselves because it would not be possible without some sort of degree.

However, this is not enough. There are thousands of undocumented students living in California and not all of them receive these benefits.

Lara estimated a total of 1,300 undocumented students in the UC system and 6,400 in the CSU system, along with many more who are unaccounted for.

As mentioned in a previous story, the Educators for Fair Consideration reported in 2012 that there were about 2.1 million undocumented students in the United States. California having 553,000 students.

The same study shows that 65,000 undocumented students were graduating high school every year, but only between 7,000 to 13,000 students were enrolling in college.

Thanks to the California Dream Loan Act, there is hope for thousands more being able to attend a college or university in the near future.

Undocumented individuals want to learn and contribute to society, so there is no reason why our system should continue failing them.