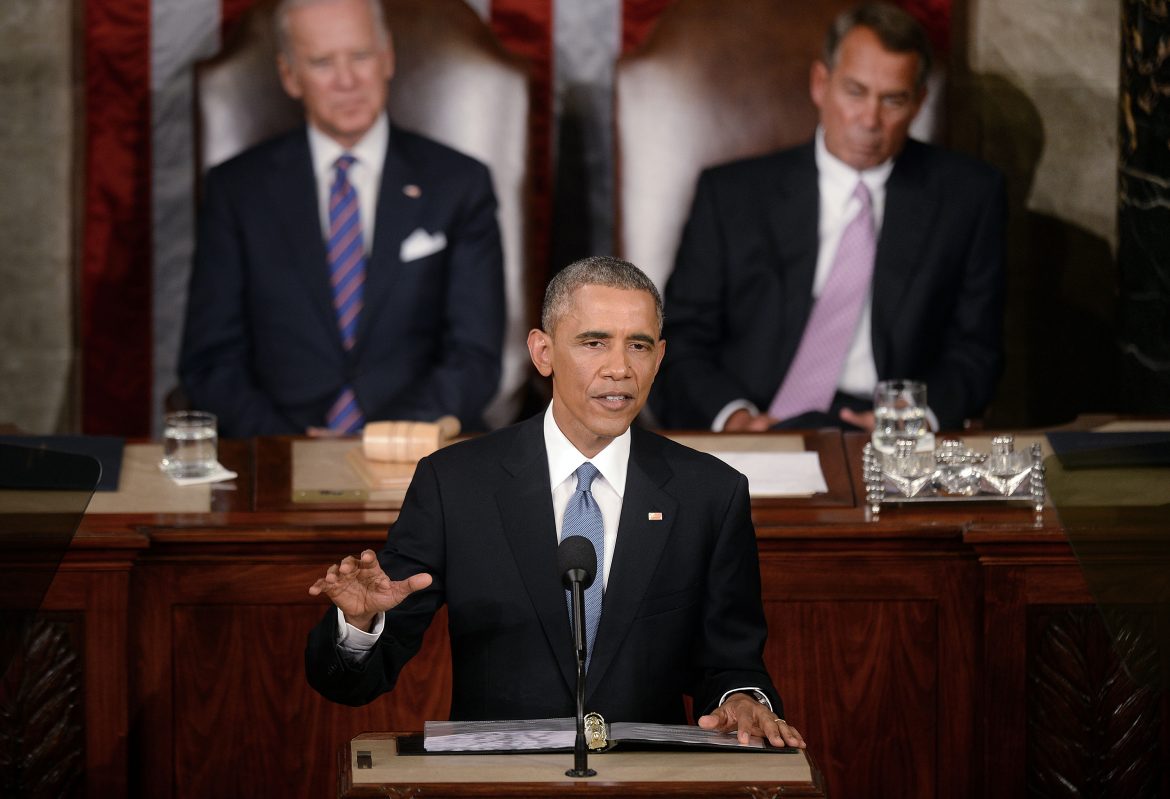 A new year means new laws and a new agenda. Like many people, the president too makes New Year’s resolutions. The State of the Union Address seems like just that. It is a chance for the president to address the American people and members of Congress in order to present new ideas and an upcoming vision.

Also, like many people come midyear, President Barack Obama might forget his resolutions. But I hope he doesn’t, because he offered very promising changes.

So let’s go through the issues.

Economy: The country is now number one in oil and gas, and due to the lowering fuel prices, an average family will now save $750 a year on gas.

Obama also proposed to help states create their own paid leave laws. The U.S. is currently the only advanced country that does not guarantee paid sick leave or maternity leave. As one of the leading countries of the free world, this is a huge disappointment. We should be way more advanced when it comes to basic human needs and demands. This issue has been continuously talked about, and yet, there have been no changes. As much as Obama promised, this time I hope to actually see it.

His idea of middle class economics is that everyone contributes to the country’s success, and I like that. It really helps those who need it to feel secure without taking from others. It basically expands opportunities for people. We live in a country that is too divided. Some live extremely wealthy, comfortable lives and that is good and they deserve that, but then there are others who are poor and homeless. There needs to be a change in the economy to benefit all.

This is a huge improvement, and it seems like a great step in the right direction. Even though it seems great in theory, I can see why it would not happen. We are human and it is human nature to think of oneself. Although we are a united country, people do like the idea of sharing their wealth. Whether you like Obama or not, there is little arguing against the huge improvements that are being made to the U.S. economy.

Affordable High Speed Broadband and Net Neutrality: President Obama has a plan to increase internet accessibility and affordable high speed broadband. This plan will overall help with business domestically and internationally. More people will have faster access to internet and will make the country a more reliable business spot. This will be done by calling an end to laws that do not help broadband competition, having a new grant and loans for rural providers, and improving investment incentives, among others. It is a great goal to set across the nation, since so many states are lacking the appropriate level of accessibility and speed that is needed.

Obama, like I’m sure most people, believes that it’s important to be equal online. Obama has a plan that will hopefully be implemented with the help of the Federal Communications Commission (FCC). The idea of net neutrality is to protect the internet and make sure that there are no gatekeepers. This means, no blocking, no throttling, increased transparency and no paid prioritization. It is important that this happens and it works because having fair and equal access online is crucial in today’s technology driven society.

Free Community College: Lets face it, Americans have to keep up with the education level of other countries. Obama’s plan for two years of free community college for responsible students is a great plan. It sounds like a far-fetched idea, but I hope it works. There’s no reason why it shouldn’t, since there are so many other countries that provide free post-secondary education to its citizens. So in order for this to work students must be enrolled at least half-time and maintain a 2.5 GPA. Community colleges will have to offer transferable credits to a a university or offer high graduation rated occupational training. On the federal level, the government will cover three-quarters of the cost and the state will cover the remaining cost to eliminate tuition. The only problem I see, which is a big one, is how will Obama manage to persuade states and colleges to participate? In the long run, it sounds like they would be losing money.

It is estimated that by 2020, 35 percent of jobs will require a bachelor’s degree and 30 percent will require an associate’s degree, or at least some college education. This means that young people need to go to college to survive, and it’s a harsh reality and many cannot afford it.

According to Obama, if all 50 states implement this plan, it could save a full-time college student almost $4,000 a year and benefit around 9 million students annually.

Immigration Action: Obama has been working on immigration reform for a while now. It’s one of his greatest accomplishments.

The Colorado Alliance for Immigration Reform suggests there are between 12 million and 20 million illegal immigrants residing in the United States. If this 8 million person gap between 12 and 20 seems large, it’s because it is. It is very difficult to account for people who are, well, undocumented.

Now, Obama has decided to use his executive power to make some real changes, which is great because some real reform is needed. He will provide undocumented immigrants a chance to apply for deferred action, drivers licenses and work permits. People need documentation while steps are taken to secure the border for the future. I hope that Obama is able to accomplish his immigration plan. The plan is a good one and I would be confident that it could work. However, he has many opponents on this issue.

Jobs: When Obama took office, 750,000 jobs were being lost per month and now huge improvements are being made.

American businesses have added 11.2 million private sector jobs in the past 58 months, manufacturers added 800,000 new jobs, the unemployment rate continues to go down and wages are going up, Obama said.

Obama has urged Congress to ensure that women are finally paid as much as men and that workers get the raise they deserve. I think that it’s about time we actually see this happen. It is always discussed but action is never seen. It is frustrating that workers do not get equal opportunities and equal pay for their hard work. I hope that after Obama’s speech this can change.

The national campaign, Joining Forces, has helped nearly 700,000 service veterans find jobs. This sounds like a great first try. However, it is not enough to just stop here. Obama must keep fighting for jobs for veterans and all other Americans alike. We need jobs, simple as that. There was a huge economic collapse, and now jobs and the economy are finally picking up. Here’s to a chance that they keep on improving.

Homeland Security and Foreign Policy: Obama called on Congress to use military force against ISIS.

“We will continue to hunt down terrorists and dismantle their networks, and we reserve the right to act unilaterally, as we’ve done relentlessly since I took office to take out terrorists who pose a direct threat to us and our allies,” Obama said.

Normally, I would be against military force. I strongly believe we should mind our own business and focus on our issues domestically rather than internationally. However, ISIS is a group of terrorists that have continuously threatened the safety of not only Americans but our allies. Therefore, drastic measures need to be taken to end ISIS.

Another foreign policy issue is Cuba. In the past, the U.S. and Cuba have had failed diplomatic relations. Now, Obama has proposed several measures to improve our ties to Cuba. The plan would be to re-establish diplomatic relations with Cuba by working on creating a U.S. embassy in Havana, expanding travel to Cuba, working on human rights and democratic reforms in Cuba, and among other plans that would serve America’s and Cuba’s interests.

It sounds like it’s time to put the outdated approaches aside and see if Obama’s plans work. These new proposals make me confident that the plan will work. However, keeping in mind the failed attempts in the past, and the fact that this plan involves Cuba’s cooperation, we will have to see if it will follow through.

After the State of the Union, Americans should be inspired to bring change and see change. Obama cannot do it alone, it is up to the Republican-run Congress to help bring about these changes. Obama’s term is running out of time, and it would be great to see some real differences being made in the lives of the people and in the state of the country.

Obama’s sixth State of the Union Address made me feel confident that this upcoming year will be one of the best that the country has seen in a while. I hope that Obama sticks to his resolutions and accomplishes the many great things he has set out to do. Although I think his ideas are great, myself, along with the rest of America, still need to see them in action. There is no doubt that Obama is brilliant and has a natural ability to speak but it means nothing if laws are not passed and the lives of the people do not actually improve.

In case you missed the State of the Union Address or want to know more about the future of our nation you can view the speech at http://www.whitehouse.gov/sotu.