The freedom to be decent 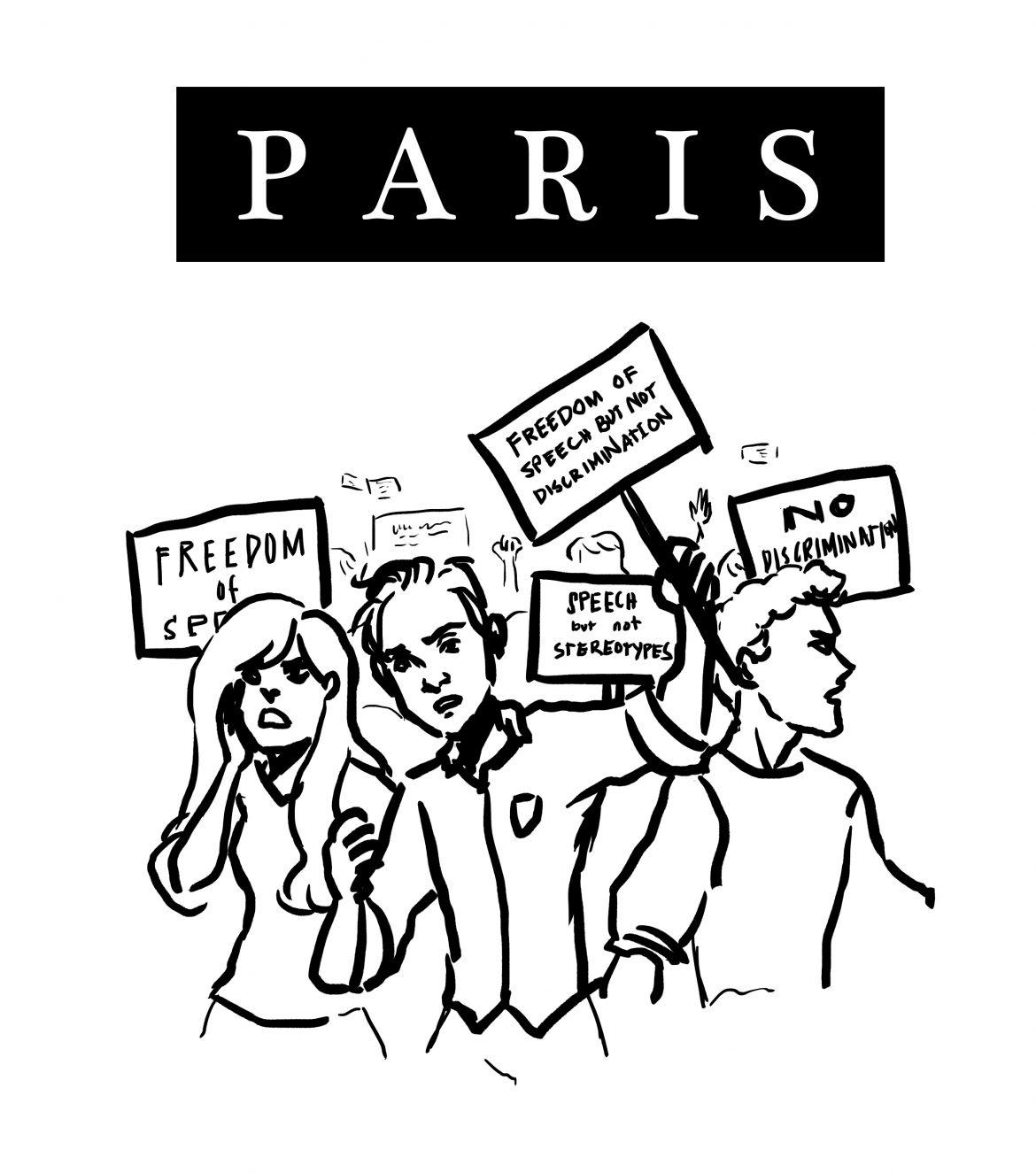 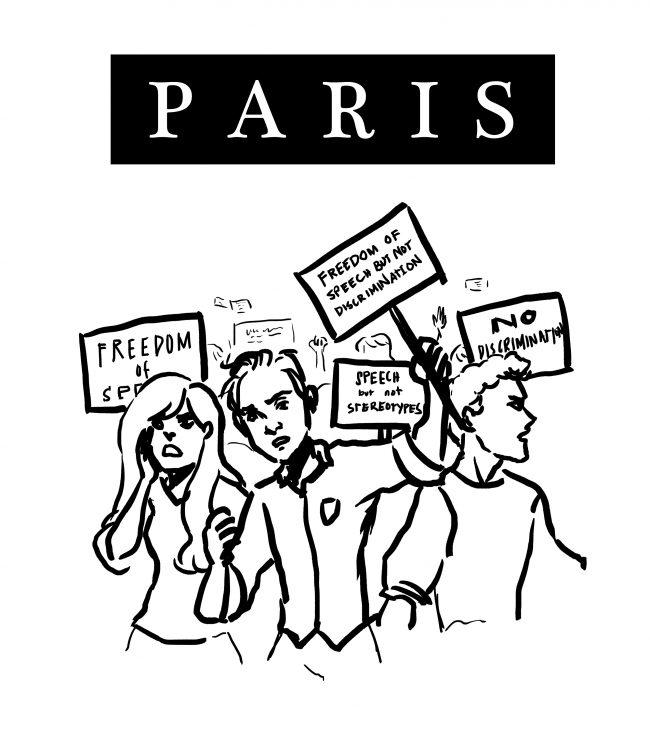 After two gunmen opened fire in the office of Charlie Hebdo, a satirical newspaper in Paris, 12 people were killed. Several others were injured, and it spawned a conversation about free speech.

To an extent, it also opened up a discussion on how society views Muslims. The attacks were allegedly brought on by two men who wanted to take revenge on the publication for portraying distasteful images of Muhammad, a prophet of Islam.

As a journalist, this attack hits close to home.

The possibility of being hurt or even killed while on the job is something I think about sometimes. When your job is to write about things that can make people uncomfortable or angry, it’s a possibility you have to consider.

I will defend my right to free speech and free press. I don’t know where I would be without either.

With that said, there has to be a difference between what should be said and what can be said.

At what point do we stop allowing those rights to negatively affect the lives of a group of people?

I doubt any person would consider the Westboro Baptist Church as a representation of all Baptists, so it’s sad to see all Muslims constantly lumped together and labeled as terrorists.

In the aftermath of the attacks, many people have held up their pens as a sign of solidarity and the phrase “Je suis Charlie,” or “I am Charlie” in French, is everywhere.

By protesting, these citizens are verifying their stance on equal rights. No one should die for voicing his or her opinion. The people at Charlie Hebdo were not asking to be killed for publishing their cartoons.

There needs to be a line that people can’t cross.

You can believe that I do not understand satire and I am a huge hypocrite that stands with terrorists. Those beliefs are fine because at the end of the day, I can ignore and forget all about that. I have that privilege.

Do you think a Muslim has that same advantage?

What I’m trying to get across is that there has to be a distinction between legal free speech and basic human decency.

The United States’ First Amendment allows citizens the freedom of speech, without government control. France has similar rights in their Declaration of the Rights of Man and of the Citizen.

The legal definition shouldn’t protect people from being called out for saying something bigoted and hateful. If you say something racist, you will be called a racist.

It’s one thing to draw attention to issues, whether it is religious or political or what have you, and poke fun at them. It’s another to draw on outdated and harmful stereotypes to get that point across.

Just by typing in a quick Google search about Muslims, you are bombarded with a Muslim stereotypes: dark skinned individuals with long beards and huge white turbans. This hardly reflects how diverse the population actually is.

Extremists killed 12 people that day, and in response, several mosques across France were attacked.

Muslims will continue to be profiled, sent threats, and stereotyped. Considering they make up a fairly large percentage of the French population, it’s a large group being subjected to that type of abuse.

What makes it more complicated is how secular France is. In a perfect world, that would mean people could practice all kinds of religions, as long as they’re not trying to interfere with politics.

What reality provided is people hating the sight of items representing religion in public. There are laws making people pay fines for covering their face in public, and the government banned wearing prominent symbols of religion in public schools.

The thing about Islam is that it’s well known for its religious symbols. Not every Muslim wears a turban or a hijab, but outright banning them only creates the feeling of being an outcast.

Separating Muslims from “normal” French people creates divisions, and when that happens it’s easier to poke and prod at the other. This division also frees individuals from thinking critically about what underlying messages are coming across in their words or actions.

In this particular case, it means the cartoons at Charlie Hebdo have their intended satirical meaning. On the other hand, they also have subliminal and harmful tones that not everybody will see.

Free speech is a necessity. Criticizing government, pointing out inconsistencies, and generally keeping people in check is vital. We need those rights to progress as a society.

However, there should be no need to use it as an excuse to recite racist, homophobic, sexist, ableist, Islamophobic, or generally hateful things.

The Charlie Hebdo newspaper had every right to publish whatever they wanted. They have published cartoons depicting icons and people of all religions, not just one in specific.

This situation is particularly different because of the way it affects Muslims.

What I would love is if people thought about the aftermath of their message before delivery. Maybe then they would understand if it was actually worth the fire that it would eventually cause.