Men’s Volleyball: Matadors can’t overcome the storm and get swept by the Waves 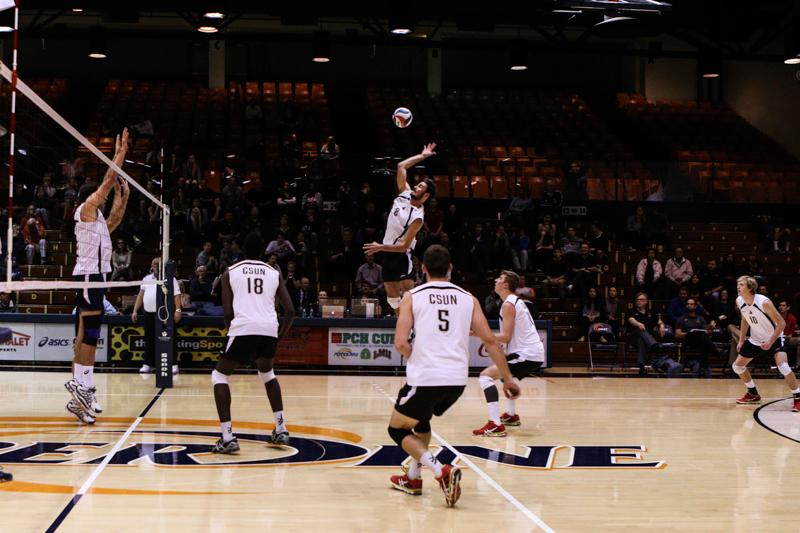 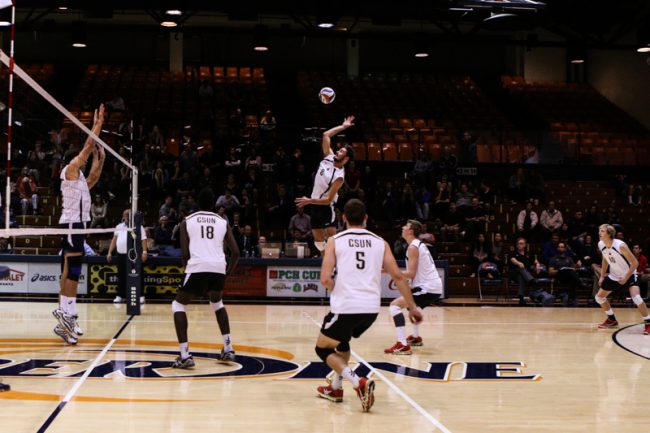 “Some guys were [kind of] psyching themselves out thinking about different things too much, over analyzing,” senior setter Travis Magorien said. “Our coach always says over analysis equals paralysis.’”

Hitting .095 in the first set, the Matadors came off the bus timid and anxious. The first four points of the game were taken by the Waves, then Holt and Lenore came with back-to-back kills to get CSUN on the board. The Matadors did not have any back-to-back points until it was 9-16 Pepperdine. The Waves committed a service error while Holt got another kill. The Matadors had nine kills with seven attack errors in the set.

“It seemed like we were pressing a little bit,” head coach Jeff Campbell said. “The guys tried hard. The effort was there. We just did not play well today.”

The Matadors fought back hard in the second set by forcing 12 ties and three lead changes. CSUN took the momentum by scoring first and after volleying the lead back and forth, CSUN went up 9-8 due to a Pepperdine service error. CSUN kept it going with a kill from sophomore outside hitter Bradley Sakaida, followed by an attack error by Pepperdine. Tied at 17-17, the Waves turned the tide and took the lead with an attack error and kept possession with a kill. The final rally ended with a blocking error from Lenore. The Matadors hit .192 with 10 kills.

“The hardest part was trying to get our serving going,” Magorien said.. “When we beat teams, we serve them off the court and we really struggled with our serving tonight.”

The third set came just as quick as the first. CSUN hit .000. They had eight kills, eight attacking errors and 31 total attacks. The second point of the set was given to CSUN with a service error, tying the game. The Matadors then committed a service error and followed it with a kill from Lenore. The Waves answered with their own kill so CSUN fired back another and up followed with three straight attack errors. All blocks were from the Waves. With a Wave four-point lead, junior middle back Brian O’Gorman added a kill to cut the lead to three, followed by a block by O’Gorman and Holt to take the lead down to two. The Waves picked it up from here with a kill and provided a five point lead that never lessened. The match ended with a blocking error.

The Matadors continue their MPSF road trip this week and travel to No. 12 Stanford on Friday Jan. 23 at 7 p.m. 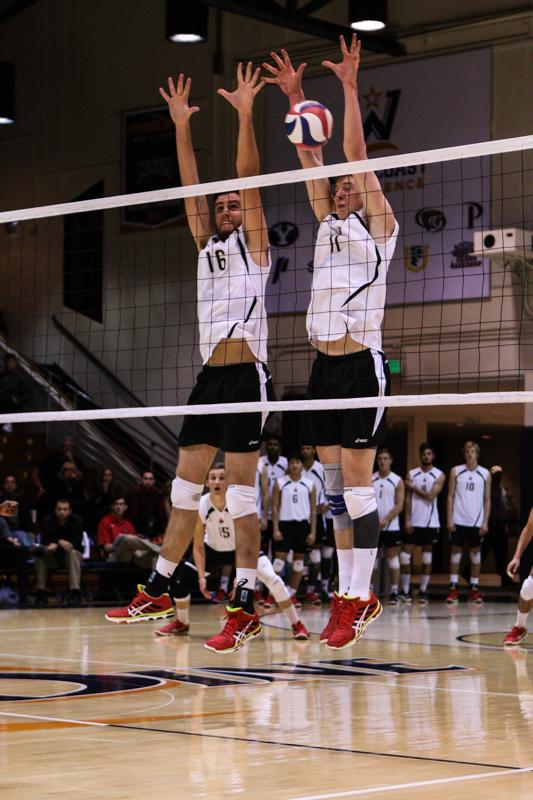