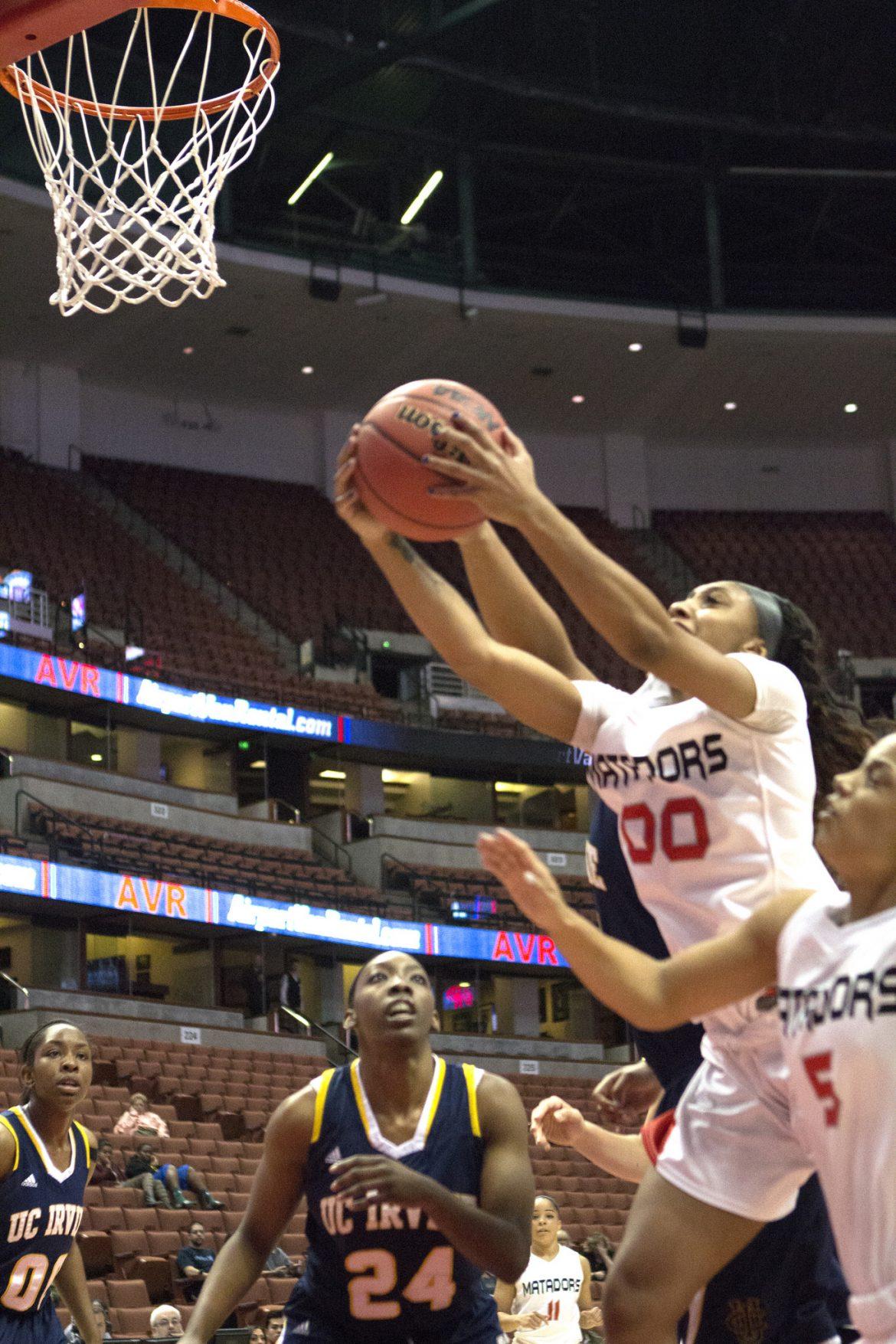 The CSUN Matadors bounced back from last week’s defeat with consistent shooting from its guards to defeat the UC Irvine Anteaters 72-63 in an away game Thursday night.

The Anteaters, who tie with the UC Santa Barbara for last place in the Big West Conference, trailed the entire game.

Irvine never fell too far behind, but just couldn’t climb the hill to capture the lead. Every time the Anteaters would close in on the Matadors or establish a promising run, CSUN would answer in time to keep Irvine trailing.

CSUN took the first points of the game with two free throws from freshman center Tessa Boagni and seconds later, Irvine answered back with a jump shot to tie at 19:03 in the first half. That’s as good as it got for the Anteaters.

The Matadors would establish a 10-point run in the first half to put distance on Irvine and answer every Anteater run before it got out of hand.

Things didn’t get any better in the second half for Irvine and CSUN teased the Anteaters for the remainder of the game.

The final minute of the game gave CSUN six free throws, five of which were landed, to put the Matadors nine points ahead for the game.

Northridge senior guard Ashlee Guay scored a game high 22 points, followed by Lister who put in 17 points for the Matadors.

Though CSUN only landed five 3-pointers for the game, their spread helped keep CSUN ahead of Irvine as the last place team held in with free throws and shots from within the arc.

Irvine shot at 34.7 percent for the game, against CSUN’s 43.1 percent, and were kept at bay when the ball was in their possession with 34 offensive rebounds from CSUN.

Overall, the Matadors raked in 56 rebounds against the Anteaters and saw a career high with junior forward Jasmine Johnson, who snagged 15 for the game.

CSUN will face the current first place team in the Big West Conference Saturday at the Matadome.

The Long Beach 49ers hold a 17-1 for the season, losing to the University of Southern California Nov. 21, but remaining undefeated since then.

The 49ers crushed Irvine in the season opener, and put down the University of Davis 63-60 Jan. 10. They took Cal Poly at San luis Obispo Jan. 15, a team CSUN was unable to defeat in an away game last week.