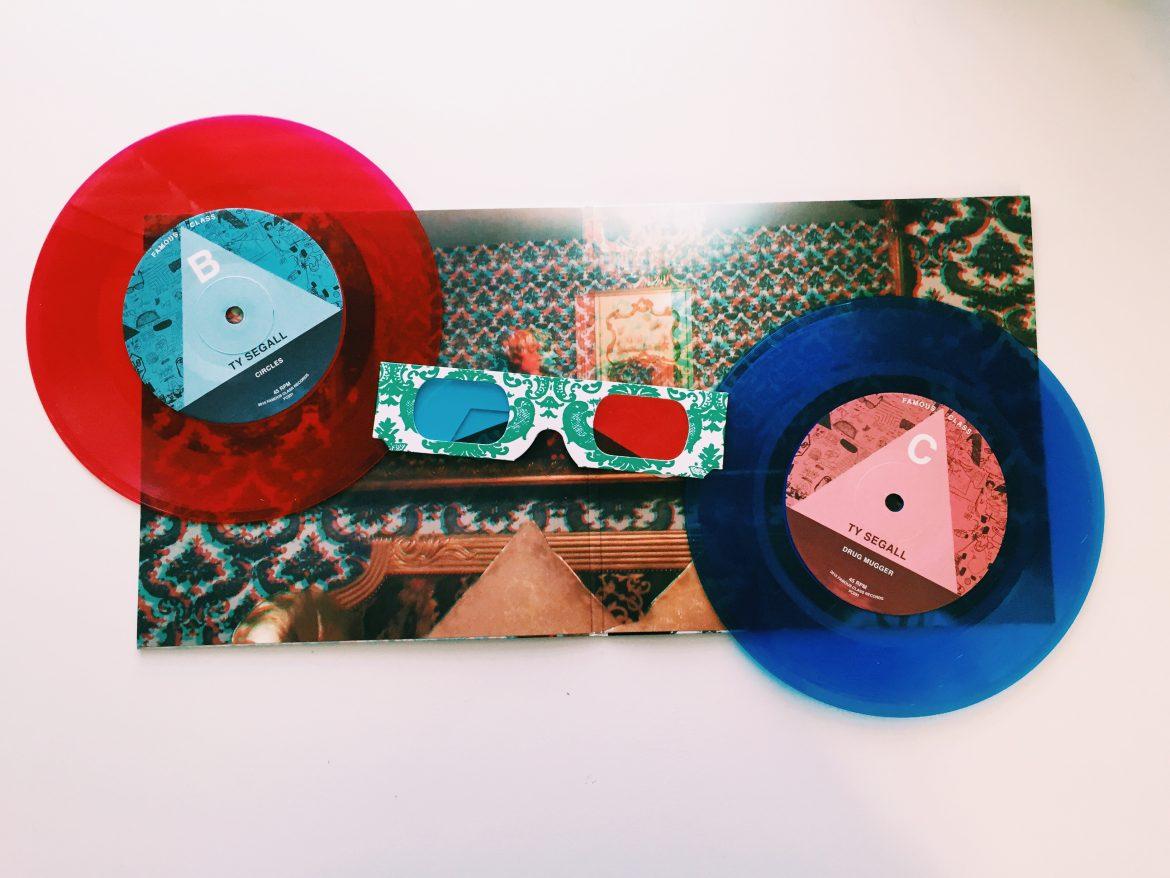 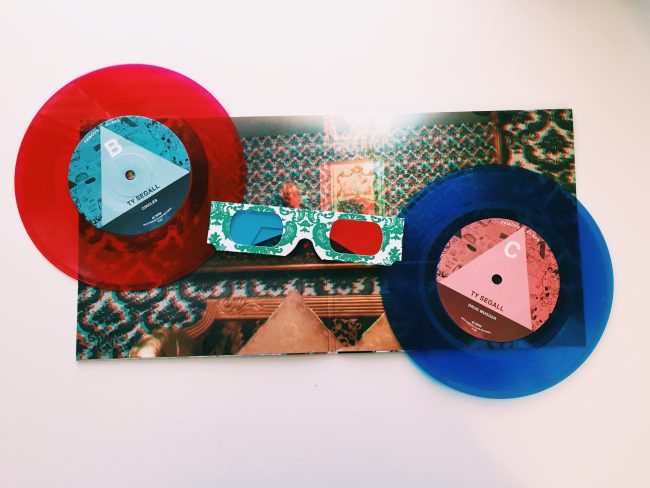 This month, singer-songwriter Ty Segall will have released two records, one live album, “Live in San Francisco,” and the “Mr. Face” EP.

Ty Segall began his solo recording career in 2008. Since then, he has become a wunderkind of the garage and psychedelic rock and roll worlds. Segall has released seven studio records on his own, plus numerous other works with Ty Segall Band, Fuzz, Mikal Cronin, and White Fence, to name a few.

Segall’s “Live in San Francisco” album is out this week on Castle Face Records, founded by John Dwyer of Thee Oh Sees. On this record, Segall plays with his full band in his hometown, playing songs from the past and present.

Also just released by Segall was his solo EP “Mr. Face,” put out by Famous Class Records. Available digitally and on vinyl, the vinyl release offers a special treat before you even get to the music. With 3D album art and a double gatefold 7” sleeve, inside you’ll find two records, one pressed on red vinyl and one on blue, as well as a pair of 3D glasses included inside.

“Live in San Francisco” and “Mr. Face” do not feel especially shocking or new for Segall, especially after the release of his monumental double album “Manipulator” last August. “Manipulator” was something new for Segall, combining his incredible guitar shredding with psychedelic synths and sounds. The album solidified his spot as one of the few musicians who are still doing what they love while producing legendary work that you’ll want to listen to over and over again.

“Mannipulator” was not the first time Segall surprised people; 2013’s “Sleeper,” released on Drag City, was a slower, less fuzzy record that was performed with the special acoustic Sleeper band. “Sleeper” was a signal to Segall’s fans that he was moving in a different direction for the time being.

Most of the tracks on “Live in San Francisco” are from the Ty Segall Band’s record “Slaughterhouse,” but it is peppered with a few other tracks like “Feel” from “Manipulator” and “Skin” from his “Skin” EP released in 2008. The band’s live rendition of “Slaughterhouse,” from the record of the same name, is absolutely manic. Segall’s performance skills are palpable when listening to this live recording. Another notable moment from the record is the shred fest that happens at the 1:30 mark during “Thank God for the Sinners.”

“Live in San Francisco” has its moments, but it doesn’t resonate as well as “Mr. Face” does. Apart from the sophisticated packaging design, the music is just as pleasing. “Mr. Face” feels like a mix between what Segall was doing on “Sleeper” and “Manipulator.” The title track “Mr. Face” is a speedy guitar heavy number, with Segall lending his signature falsetto.

“Drug Mugger,” the 3rd song on the EP, sounds straight off of “Manipulator” with its slow groove and reference to “The Connection Man,” one of Segall’s key characters included in his 2014 release. “The Picture” feels as if it was almost written as an homage to Segall’s hometown; its sound is that of a 1960s folk band.

With his constant drive to record whether on his own or have his hand in plenty of other projects, One could say Ty Segall is the Jack White of the noise rock scene. If you’re going to purchase one of his latest releases, go for the special “Mr. Face” EP on vinyl if you can. “Live in San Francisco” isn’t worth purchasing unless you’re a huge fan of live albums. Sometimes live music is better when it is all left on the stage, and not recorded to listen to afterwards.