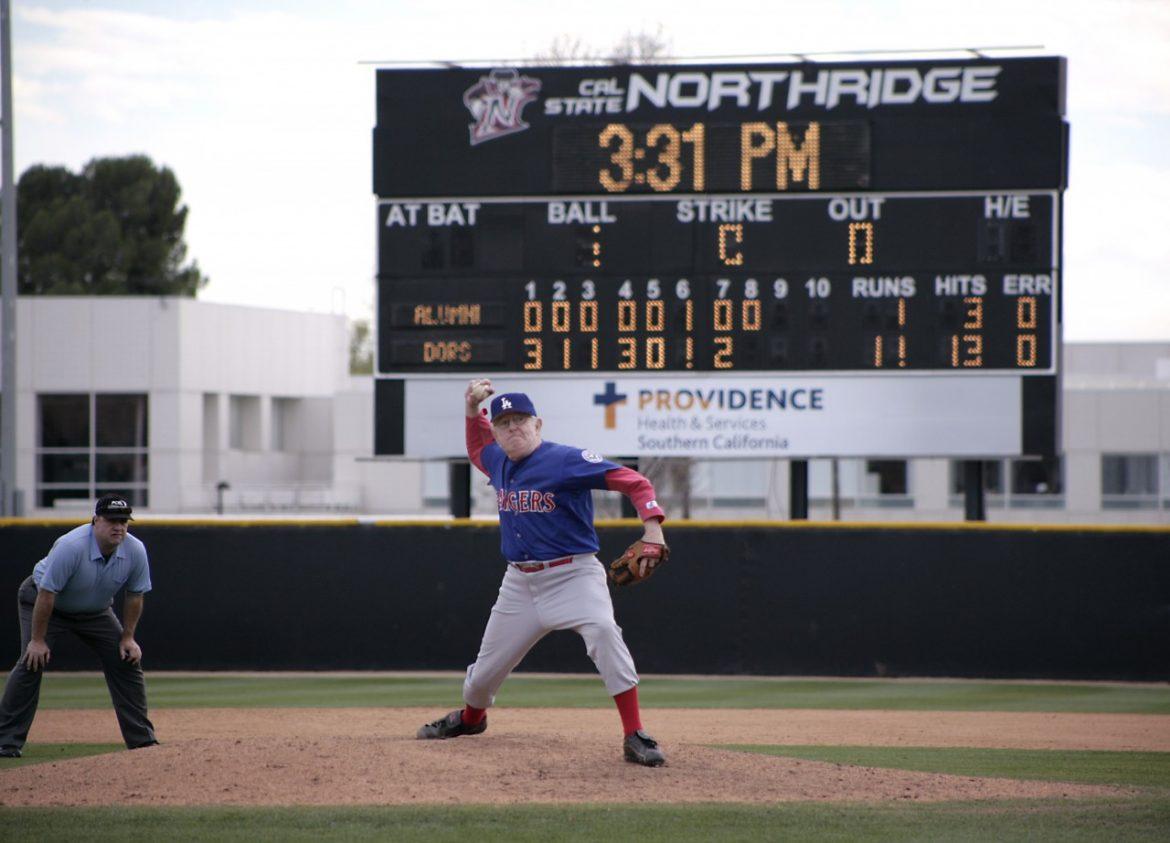 James "Jim" Mosely, age 72, takes the mound and throws a strong 8th-innning in the alumni game at the Matador Field in Northridge, Calif., on Sunday January 25, 2015. Photo credit: Raul Martinez

The CSUN baseball alumni returned to the field to face the current baseball team, bringing out their secret weapons, but fell short against the present Matador squad.

The alumni came back to their alma mater Sunday afternoon to relive their golden years in this year’s CSUN baseball alumni game.

The game was dominated by the younger team, who put on both a hitting and pitching display in a 13-1 victory. The alumni, on the other hand, surpassed their counterparts in terms of heckling and, most of all, having fun.

John “Jim” Mosely was among the alumni to make an appearance at the game. Part of the class of 1965, the 72-year-old former pitcher celebrated his 50th anniversary since his last CSUN game as a student. Mosely threw a solid 8th inning, where he almost struck out two batters and managed to get away with only two runs scored on him.

“I loved it,” said Mosely with a big smile on his face after pitching one inning at the alumni game against the current roster.

CSUN head coach Greg Moore watched from the opposing dugout, applauding along with the entire crowd who attended the game when Mosely got the last out in the inning.

The Matadors now look to the preseason ahead. Moore and his new team understand that in order to be successful, the team needs to and must want to practice.

“Pitch by pitch,” is the approach that coach Moore says will help the teams offense be successful this 2015 season.

As for the alumni, it was clear that they saw their former selves in the current team. They celebrated their memories throughout the game, sharing stories about their playing career.