More restrictions for women in the new year. 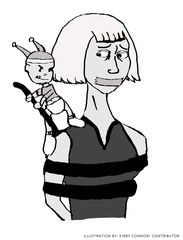 Pro-choice groups speak out after GOP introduced an anti-abortion bill that would limit women’s choices on their reproductive health.

The Republican Party introduced a bill that would limit the access for women who are seeking abortion procedures.

According to USA Today, the new bill will place a federal ban on abortions that are performed after 20 weeks of pregnancy. While Roe V. Wade allows for an abortion to be legal after 20 weeks of conceiving. This allows women to have more time to make their decision.

The new bill forces women to make hasty medical decisions. That being considered, women are given less decisions, and passing laws that force hurried decisions can lead to health concerns.

Another bill requested–– pregnant women to be shown an ultrasound of their fetus before having an abortion, and another requiring women to obtain a face-to-face consultation with a medical professional.

Under these new laws, rape victims are exempt as long as they report the rape incident to authorities. There are hundreds of rape crimes that go unreported due to fear or embarrassment. These victims instead seek abortion procedures anonymously or confidentially.

Pro-choice groups are hoping that President Obama continues his support for women’s rights by vetoing these bills. Advocates, such as Planned Parenthood Action Fund’s President, Cecile Richards, expresses her concerns on The Huffington Post, regarding Congress and their interference in the medical decisions that a women should make.

On Wednesday Jan. 24, 2015 Congress reversed the bills banning abortion procedures after 20 weeks. NPR stated that most objections for this bill came from women who believe the bill was too restrictive

This is a win for pro-choice groups, and women who still want to maintain control regarding their reproductive health. A restriction like the one being proposed can lead women into having an abortion with limited medical resources, therefore endangering their lives.

Women still continue to have their independence limited. When these bills are vetoed, women are given the strength to try and pursue more rights for themselves. It has not been that long since women obtained their voting rights, but we still continue a struggle to obtain more freedom and rights. Vetoing these bills will give women the assurance and confidence they need to still fight for what they need.

Women need to be able to obtain medical procedures without having to risk their lives. The need to control women’s reproductive health, just makes us think that these congressmen have nothing better to do.

Making something illegal does not mean people will stop doing it. Women will seek the procedure if it is what they want, even if they know the tremendous risk they will be taking with their lives.

Bills, like the ones that were proposed will restrict women’s rights to make medical decisions. Congress should focus more on real problems, such as equal pay or the high rate of women in poverty. Women should be encouraged to become independent individuals, not forced to restrict their rights.