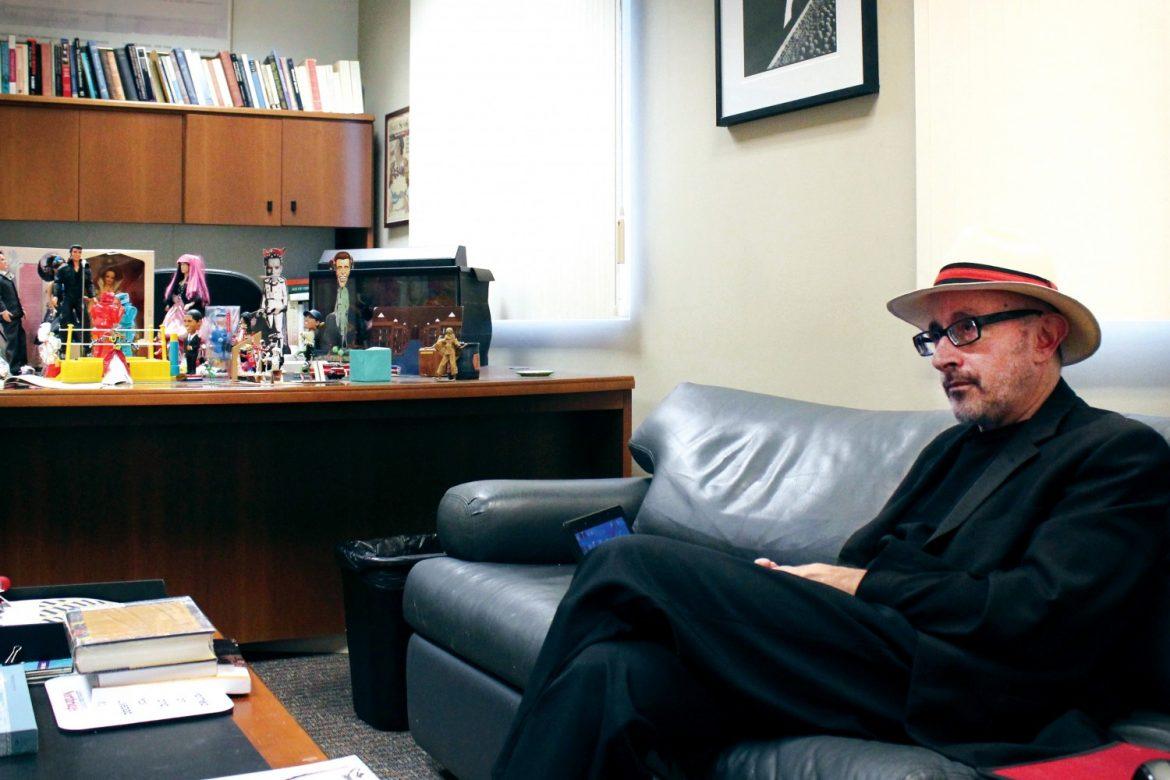 Vice president of academic affairs and provost Harry Hellenbrand reflects on what he will miss most after he steps down at the end of the academic year-- talking to students and faculty. Wynnona Loredo / The Sundial

For the past 11 years Harry Hellenbrand has lead various academic resources, faculty, institutional research, student services and administrators report to the provost. Now that he is stepping down CSUN will have to find someone to accomplish as much as he has.

“While we like to think that no one is irreplaceable, it’s hard to imagine the campus will be able to find anyone with the clarity of thinking and leadership,” Diane Stephens, associate vice president for academic resources and planning, said in an email. “On the other hand, he has built good systems, hired good people and leaves a legacy of his leadership.”

Stephens has been working with Hellenbrand since 2004 and said he has a passion for serving the campus and building an atmosphere where faculty, staff and students can thrive.

Cynthia Rawitch, assistant to the provost for Special Projects, said Hellenbrand inspires his colleagues with knowledge, humor and insights. Before this year, Rawitch worked directly with Hellenbrand for over seven years.

“During his time here, he has increased the respect paid to faculty, their teaching and research,” Rawitch said. ” Twice during his years here, he was able to find funding and support for hiring between 80 and 100 new tenure-track faculty, despite extreme budgeting restrictions.”

Hellenbrand received his bachelor’s degree in English and American literature from Harvard College. In 1980 he earned his doctorate in modern thought and literature from Stanford University.

He does not plan to retire after he steps down rather he plans to write and teach.

“I’ll probably do some teaching and writing and special projects… I’m pretty sure I’ll be doing some of it on campus,” Hellenbrand said. “I’ll probably be teaching literature and some educational theory.”

When Hellenbrand is not working from office in University Hall which is decorated with various action figures student crafted art sculptures, he’s rides the bicycle in the Recreation Center or grabs a drink at the Freudian Sip.

Hellenbrand said the hardest part about his job is dealing with tough personal issue because it involves human relationships.

“Most of my enjoyable times came in meetings with small faculty, students and staff,” Hellenbrand said. “That’s when you get the most intimate conversations and the most revealing things are told to you about the institution.”

Over the years Hellenbrand said he has watched the university expand in attendance.

“It [CSUN] has grown from about 30,000 to 40,000 students,” Hellenbrand said. “It’s become more diverse. A lot has to do with the changing demographics of Los Angeles. We’ve grown substantially in the health sciences and engineering,”

Hellenbrand said the hunt for a new provost will begin in the next few months. He believes the university will continue to grow after he steps down.

“I think it [CSUN] will remain a fairly large place,” Hellenbrand said. “It will be doing more community involvement and community based research now.”