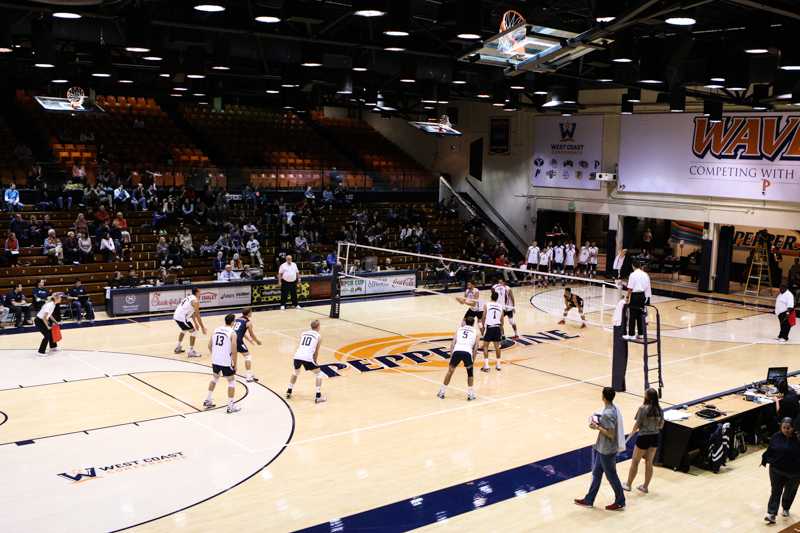 After falling short in in just three sets to the No. 7 Long Beach State 49ers, the Matadors’ plans for playoffs last season were completely annihilated. This season, however, CSUN has eyes only for playoffs.

“Our team is better than it was last year, because we have more experience,” Head Coach Jeff Campbell said.

Campbell says the team only lost one libero, Charlie Condron, from the previous season, so the team has gained a lot more experience and had the opportunity to mature together.

“I’m very pleased with this team,” said Campbell. “We’re working really hard in practice and everybody on our team has the right mindset and so you get that combination and good things are going to happen.”

It is impossible to know the outcome of a season, but what Campbell is sure of is his talented, athletic, and experienced team.

Offensively, they are led by junior outside hitter Sam Holt. Last season, he earned the 2014 All-MPSF Honorable Mention, leading CSUN with 319 kills and averaging 3.89 kills per set, which ranked sixth in the MPSF.

“Sam Holt is a guy who has been carrying the offensive load for us,” Campbell said.

Senior middle back Greg Faulkner is one to watch as well. In the 2014 season he also earned All-MPSF Honorable Mention as well as MPSF All-Freshman Team in 2011. He recorded a team and career-high 92 blocks, with 219 kills. He hit .430 on 338 attacks, another career high.

Senior setter Travis Magorien led CSUN with 929 assists in the 2014 season and is ranked tenth in CSUN Rally Scoring era for a single season.

All three players are vital to the success of the Matadors this season.

The 2014 season ended without the Matadors in playoffs and they hope to redeem themselves. Hard work and preparation in practice and preseason games are paving the way for the postseason, and Faulkner believes it’s helped the team settle down.

“Every match we’re playing we’re kind of treating as a learning lesson, Faulkner said. “We’re going out there, we’re working hard and these matches expose some of our weaknesses and it really helps us to get better as a team to work on those like in practice.”

Faulkner claims the Matadors tend to allow the negative calls and seemingly random plays affect the way they play their game. Instead of being able to move passed a bad call, the team falls back and gives their opponent the upper hand.

“What we need to do is play at a high level consistency; for every set and every game,” Campbell said.

When CSUN took on the No. 15 Indiana University- Purdue University Fort Wayne, they allowed two and three point runs that started with attack and service errors. The same happened in the match against Princeton.

“There have been times in the game where we had a good run, [then] some really random play happened and it kinda just threw off the momentum,” Faulkner said. “I think that’s a habit, how it’s always been a big problem and we really try to focus on [it] this year and change that.”

Campbell says the Matadors have focused on the fundamentals: serving and passing, because they are the key to the game. To win games they have to be done at a high level of intensity and consistency.

“Against the teams with a little tougher serving, passing we should focus on more, other than that, blocking; we need to work on blocking a lot more,” Holt said.

Preparation and the proper mentality determine the outcome of the match and this 2015 team is ready to take on the best the MPSF has to offer with only one goal in mind:

“Winning a national championship,” said Holt. “I want to win it.”