All Star game customs should stay in place 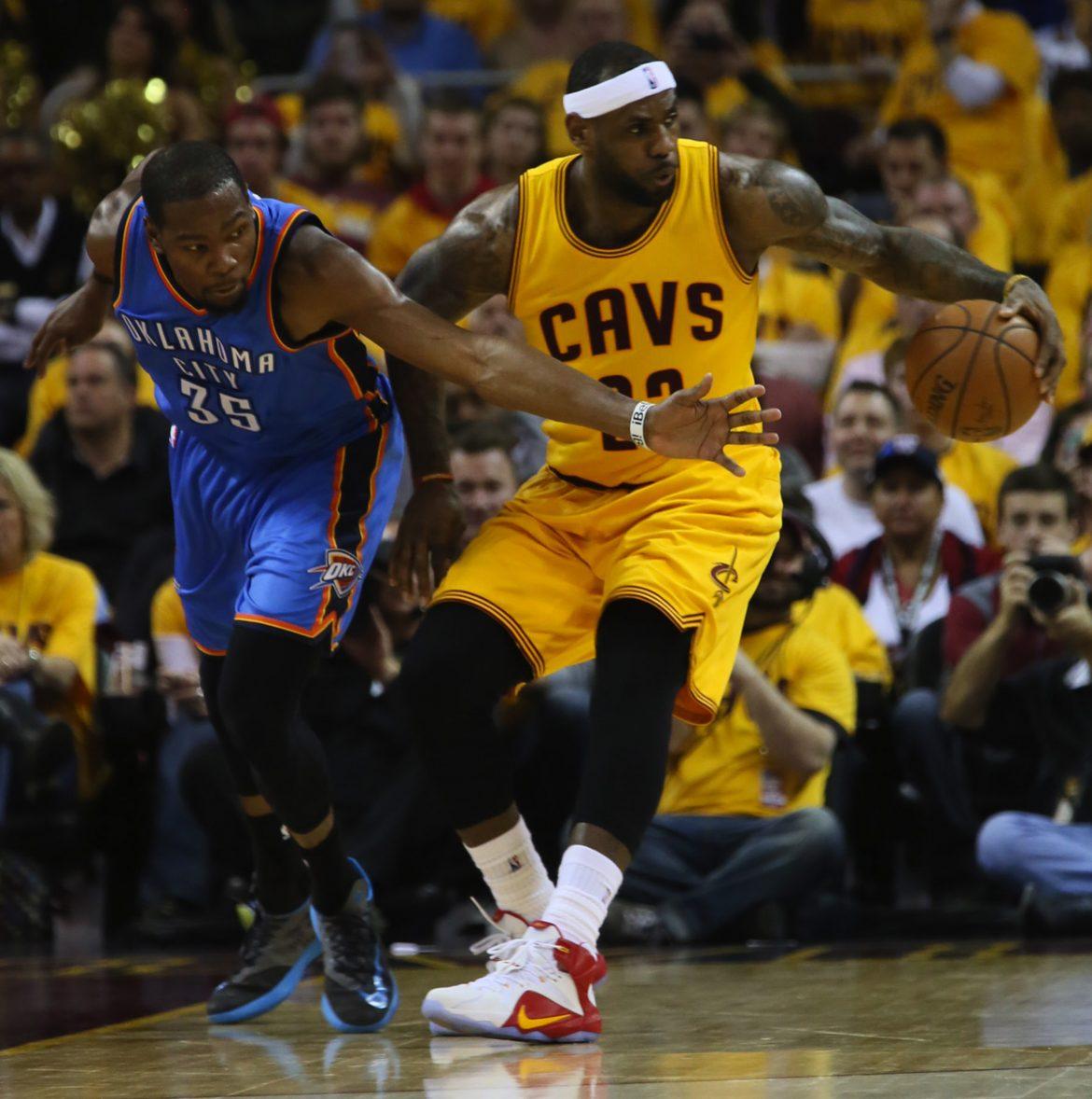 Kevin Durant (left) and LeBron James (right) will feature in the 2015 NBA All-Star game next month and were voted by fans to be part of the Western and Eastern Conference rosters. Photo courtesy of Tribune News Services.

There’s a reason why sports fans continually tune in to watch the various All Star games, and it’s not because of any unsettled scores.

It’s because All Star games, whether played on the field, rink, or court, are match ups that only happen once a year, and are carried out by the best in the business.

It’s like your fantasy team just removed itself from the Internet browser and onto the 25-yard-line.

The National Football League’s Pro Bowl was a perfect example of this, where fans became apart of the selection process, as their votes pushed players onto the roster.

Although coaches and players made up the rest of the votes, fan voting allowed everyday people to be apart of the game instead of spectating.

Critics of the Pro Bowl selection process were quick to throw a flag, saying the endless amount of times a fan could vote potentially put players in the game who were less deserving than others.

This criticism was hard to acknowledge when you had quarterback Tony Romo and wide receiver Emmanual Sanders making third down conversions like they had been doing it for years.

The rules of the game also caught flack, where the coin toss did not decide who received the ball or deferred, but rather determined which team would start with the ball at the beginning of each quarter.

True football fans could be upset by rules such as these but what it boils down to is this: All-Star games create an atmosphere that is unlike any other game and its particular regulations are the same way.

It’s a new experience for everyone involved as players learn to squash season rivalry and work together as one.

This rivalry is part of why All-Star games are exciting to watch. Insert the upcoming NBA All-Star game, where you have Los Angeles Clippers forward Blake Griffin working alongside Los Angeles Lakers shooting guard Kobe Bryant.

The NBA All-Star game will be conference based, where players from the East take on those of the West. As with any All-Star game, the roster is filled with big names that not only put numbers on the board but butts in seats while they put on a show.

That’s why the selection and rules of All-Star games are so important. The game is a unique show that is bound to be competitive yet fun. The status quo of these games allows players to entertain fans while the athletes reinforce their talent.

There will always be disagreements within sporting events, but when it comes to the All-Star games, the guidelines that predetermine the match ups and rules are just as unique as the players within them.