Matadors dismantle the Lancers on the road 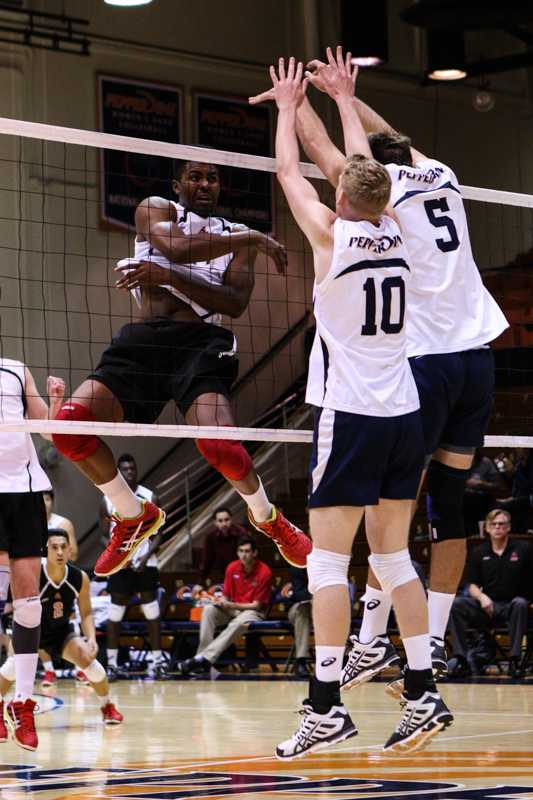 Senior setter Travis Magorien had a season-high 52 assists and 10 digs while sophomore outside hitter Bradley Sakaida added a season-high 15 digs and six assists.

The Matadors hit .422 in the first set, going on a four-point run on just the second point of the game. CSUN lead early 3-2, eventually stretching the lead to five points on Cal. Baptist until an attack error from senior middle back Greg Faulkner tied the game at 18. The Lancers and Matadors went back and forth with the lead, but three back-to-back kills clinched the victory. Lenore delivered the final kill winning the set 36-34.

The Matadors got the first point of the game in the second set, dropped one then went on a five point run. They won the match will a kill from Lenore and a Cal. Baptist blocking error. The Matadors hit .379 in the set and had 15 kills.

CSUN hit their lowest in the third set .310. The set started the same as the other two: with the Matadors on top, going on slight runs that gave them a lead. Cal. Baptist tied the score at 10 on an attack error by Holt, and tied it again for a few points while the teams went back and forth. Once Cal. Baptist went on three point run to make the score 20-16, the Matadors fell behind allowing the Lancers, losing the set 25-19.

In the fourth and final set there were no back-to-back points until the score was 4-4. Two points were awarded to CSUN followed by two more two point runs, with the addition of two three point runs; all of which were spread throughout the set. The Matadors hit .429, but it was a Cal. Baptists service error that won the set and claimed the match 25-19.

The Matadors will play undefeated #2 USC Trojans on Friday Jan. 30th at 7 p.m. in the Galen Center.