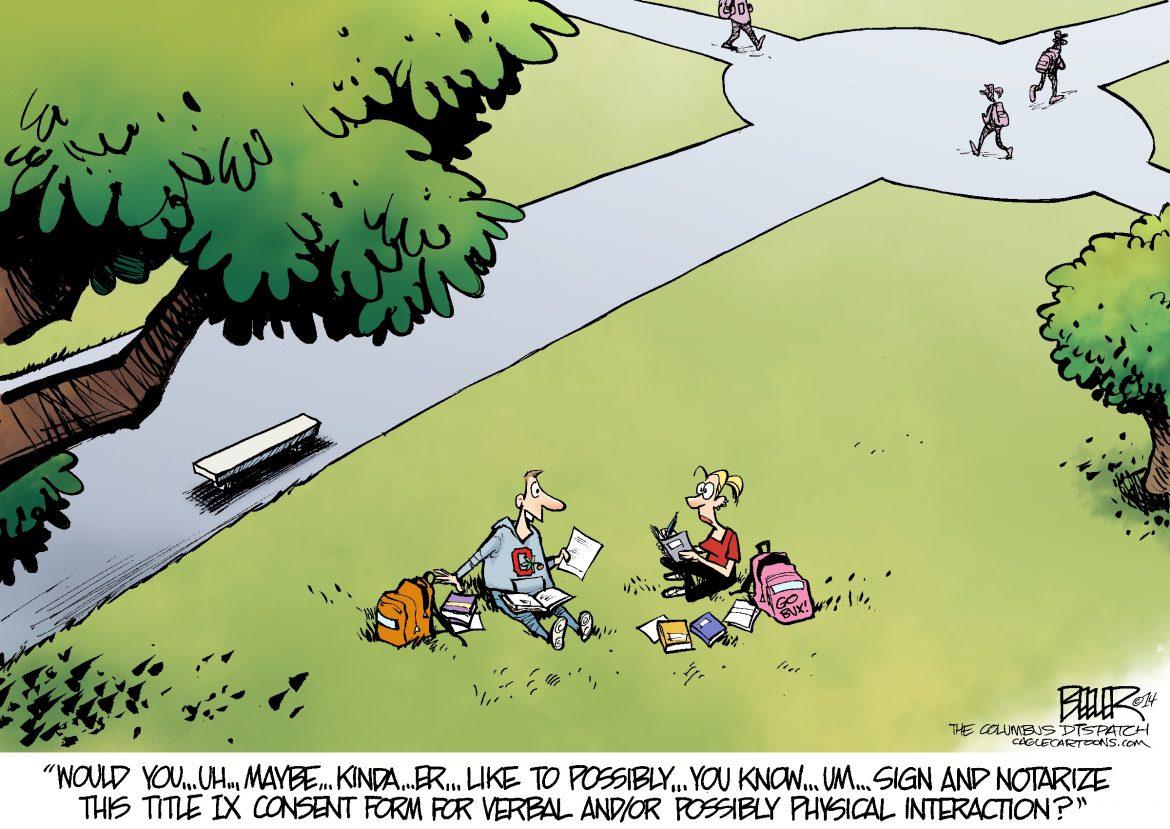 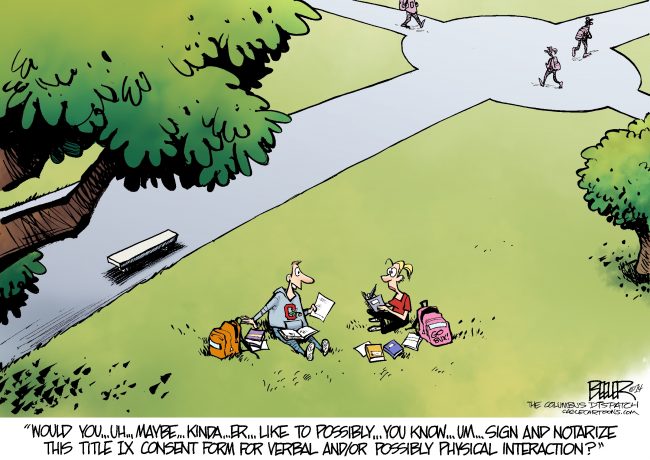 If we plan to have sex, we both have to affirmatively, consciously and voluntarily agree. If one of us do not, then this sexual encounter may qualify as rape. All California college campuses that receive state financial aid will have to implement the “Yes Means Yes” law. The law has the nation divided.

California Gov. Jerry Brown signed the “Yes Means Yes” bill in September 2014, making it a law for California university students to get affirmative and voluntary consent from their partner(s) before any sexual contact.

This bill was introduced because of the increase in sexual assaults on California university campuses. According to an article by the New York Review of Books titled “Rape on the Campus” 20 percent of women are sexually harassed during their college education and about only five percent are actually reported.

The previous “No Means No law,” which was understood as if a man or woman said “no” at any time during the sexual activity would mean that anything after that would qualify as rape. The slogan has recently changed to “Yes Means Yes,” which is revising the meaning of consent that only “yes,” or a head nod, would qualify as permission.

According to a USA Today article titled “California adopts ‘yes means yes’ law,” the bill states the definition of consent as “an affirmative, unambiguous and conscious decision” required by all parties, before participating in a sexual activity. The bill also acknowledges that resistance or silence will not qualify as consent.

As a young woman, I believe this law is a step in the right direction to allow men and women to feel more comfortable on their college campuses. This law will make people think twice before engaging in sexual activity that their unsure about.

If the situation doesn’t feel right, and someone doesn’t give consent, then we expect this law will intimidate aggressors to remember resistance or silence does not confirm consent.

Many argue that we should not make people feel intimidated by laws about something as personal as sex, but with the rape culture among college campuses, we have to start somewhere rather than ignore the elephant in the room.

“Rape on the Campus” reports that there are currently 84 U.S. schools under investigation with the Department of Education for improperly handling sexual assault cases.

The law is good, on one hand, for those who have been victims of attempted or completed sexual assaults.

On the other hand, many argue that innocent young men and women will be accused, or even convicted, of sexual assault that may have been consensual sex. Consensual sex has always been a gray area and this law will make sexual encounters that much more confusing.

This law will more than likely always have differing views and opinions because of how differently our population thinks. The majority of our nation has always been divided between the liberal and conservative approaches.

CSUN will have to abide by these rules making their own guidelines for sexual assault.

Currently CSUN has a website about rape prevention with some useful tips for men and women about the “No Means No” movement. The CSUN police also list their plans on their website to help people who have been a victim of sexual assault, and what will follow if one wishes to press charges and follow up.

While we aren’t exactly 100 percent sure how CSUN officials will determine if consent was given, others are already thinking ahead. In U-T San Diego’s article titled “‘Yes means yes’ law, ‘Good2Go’ app target campus sex”, the new app was featured, which has been created to regulate consent.

The app will allow participants to give consent and even report their sobriety levels. As we have all learned, all apps have bugs that require updates and I’m sure this app is far from perfect. However, just like the law this app is a step in the right direction towards decreasing sexual assaults and rape on California college campuses.