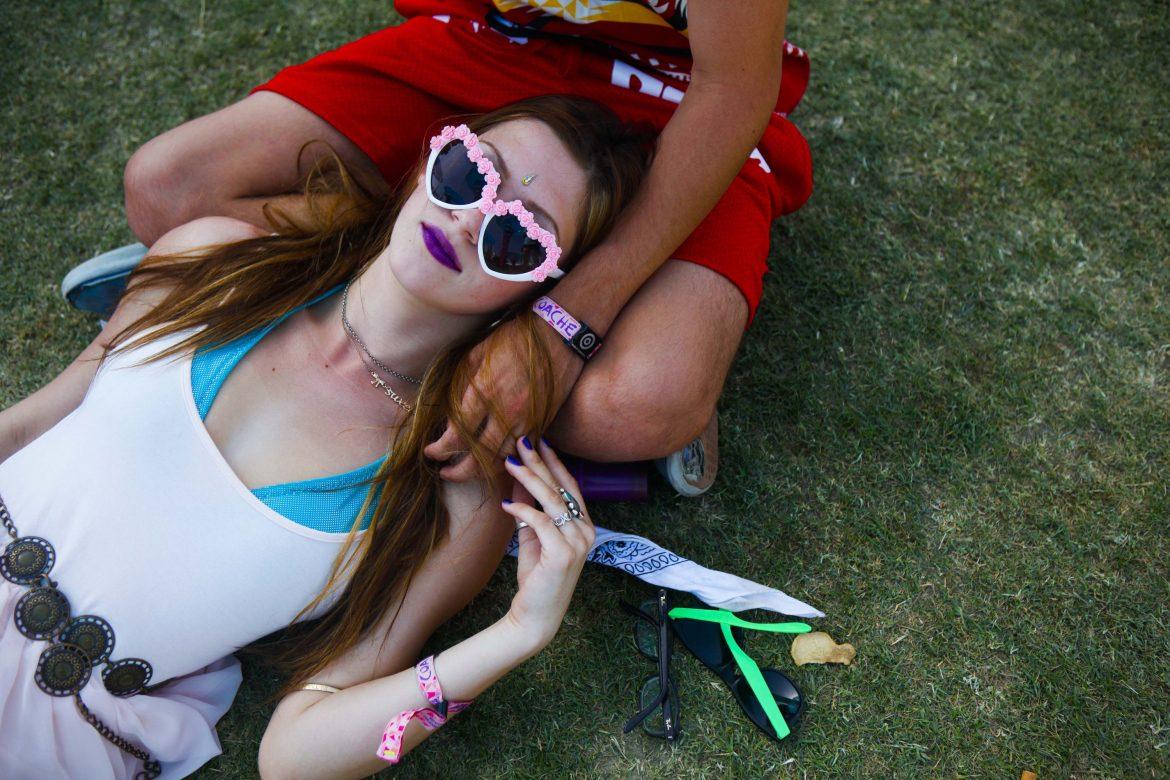 Chloe Rudningen rests in the shade between shows on the second day of the Coachella Music and Arts Festival in Indio, Calif., on Saturday, April 12, 2014.

Flower crowns, fringe and crop tops will be flooding the racks at H&M; mid-March as they collaborate with Coachella to develop a new spring line. What does this mean for the Swedish retailer? Does that mean expanding their clientele, and reaching a new audience? Does that change the look of H&M;? The fashion retailer style has solely represented and catered to a more mature and grown-up audience.

In 1947, Hennes, which is now known as H&M;, was solely a women’s clothing store that opened in Västerås, Sweden. Today, globally expanding H&M; offers fashion for a wider scope of individuals, but it’s not suited for everyone. Despite the fact that H&M; now offers men, children and plus size clothing, H&M; has never been one of those tacky, cheap quality clothing stores that just anyone can wear.

The brand in of itself attracts a certain type of person; someone who knows how to work the pieces offered at H&M;, and someone with a sense of style. It’s one of those retailers one can go to when you’ve graduated from the infamous Forever21, and turned in a gold member card at Hollister and Abercrombie & Fitch.

Coachella has never solely just been about music. Their collaboration with H&M; cosigns and confirms that fashion has always played a significant role in Coachella, and probably always will. There’s always been that Coachella ready starter kit. Sunnies, flower crown headbands, distressed high waisted denim shorts, cropped distressed pants and just about anything with a hint of tie dye in it.

The do’s and don’ts, and the what to wear to and what not to wear. Coachella has that bohemian, earthy, somewhat hippie vibe. So yes, it’s official this music driven event has fallen into the stigma of not just being about the music, but a fashion show and serving as a trend maker. Nothing’s wrong with that, because it works.

Coachella is an outdoor music festival surrounding music, talent, artists, good vibes, and let’s not forget fashion. The funny thing is Coachella has this underlying dress code without reinforcing a dress code. Most music goers know what works for what many say is “one of the greatest music festivals,” that sadly only happens once a year. While others are struggling to find something that fits for the hot, humid weather, as they commit multiple fashion don’ts.

Bringing in this new line would definitely work for H&M;, but only under two conditions – the right statement pieces and the right prices, separating themselves from Free People, Planet Blue and Brandy Melville, who already have Coachella-ready gear down to a T. It’s been confirmed Coachella is a fashion show, and we all want to know who’s wearing what and where we can get it.

Refinery29, one of the fastest growing independent fashion and style website in the United States, has kept us in the loop and up-to-date on festival fashion and what everyone’s rocking, year in and year out at Coachella. Elle magazine has even featured an article highlighting “The Best Coachella Street Style.” Let’s all just take a moment and reflect that Coachella is a festival about great music and great fashion and that’s what makes this music festival work.

Here are more links about the Coachella + H&M; collaboration: