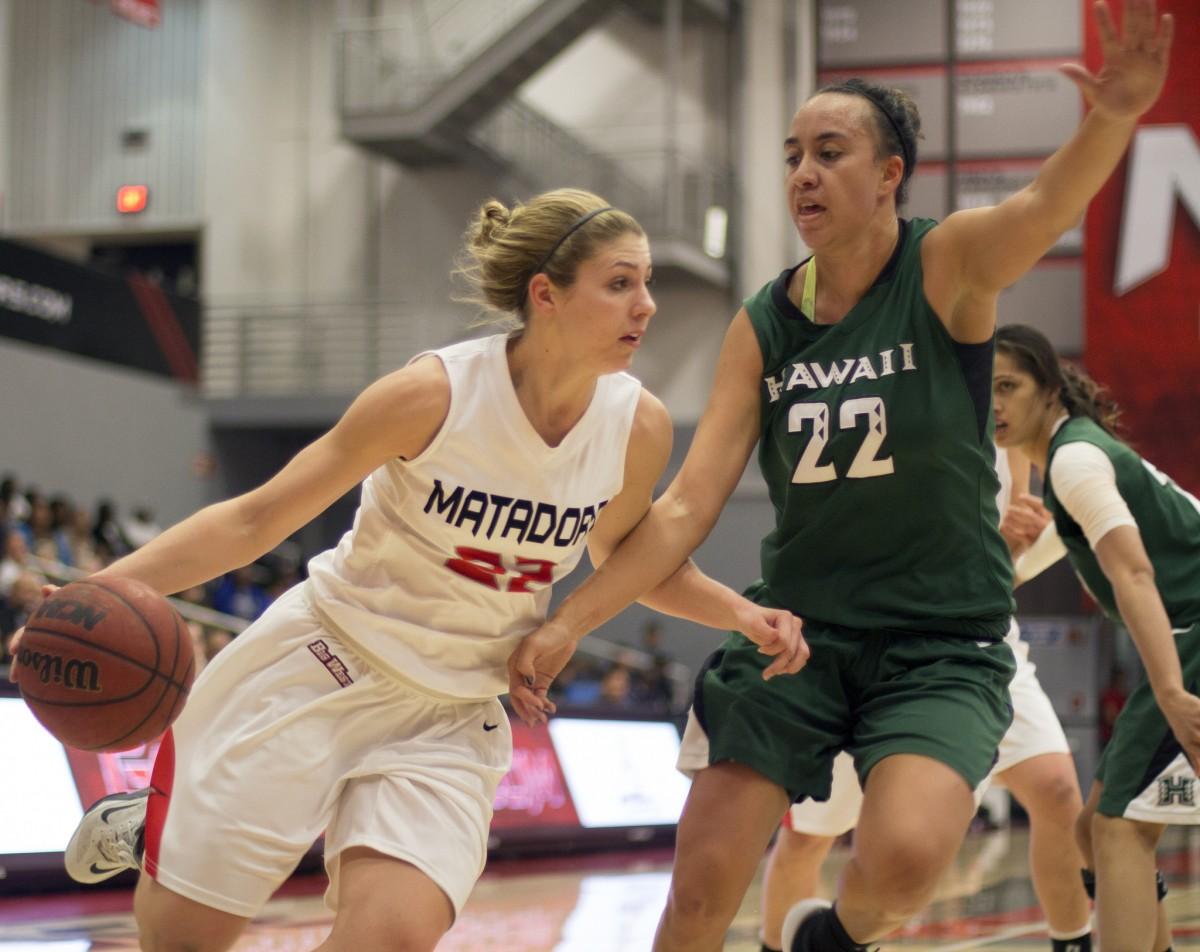 The CSUN Matadors took a wire-to-wire loss to the University of Hawai’i Rainbow Wahine in an away game Saturday night, a turnaround from a previous season victory over the island based team earlier this month.

Hawai’i dominated CSUN from the opening tip off and never let go of their lead established earlier in the first half.

The Rainbow Wahine came out ready for battle and set up an early eight-point run that wasn’t answered by CSUN until four minutes into the game.

CSUN’s senior guard Cinnamon Lister put in a jump shot for her team and set them up to recover from a poor launch with a 11-2 run that brought them within range of the Rainbow Wahine.

The Matadors trailed at a safe distance until the final minutes of the half when Hawai’i pulled another run that left CSUN trailing 16 points at halftime.

Second half showed much of the same play as the first as the Rainbow Wahine came out ready for war and pulled a 10-point run early in the half that left CSUN in the dust.

Northridge couldn’t lock down the paint enough to keep Hawai’i from chiseling away with jump shots and layups. The Rainbow Wahine put down a mediocre 36.9 percent shots from the field and landed 23 points from within the arc.

Defensively, Hawai’i proved effective at locking down the paint, and CSUN was unable to make it up outside of the arc with its long game. The Matadors managed three, 3-pointers, 16 free throws and a 15 field goals, shooting 25.4 percent for the game.

CSUN didn’t prove effective in scraping up rebounds either against Hawai’i, only pulling in 34 for the game to the Rainbow Wahine’s 54.

By the final minute, CSUN trailed 15 points, an improvement from earlier in the half when they were behind by 22.

CSUN will face it’s second 2015-2016 conference game with the University of California, Davis on Feb. 5.