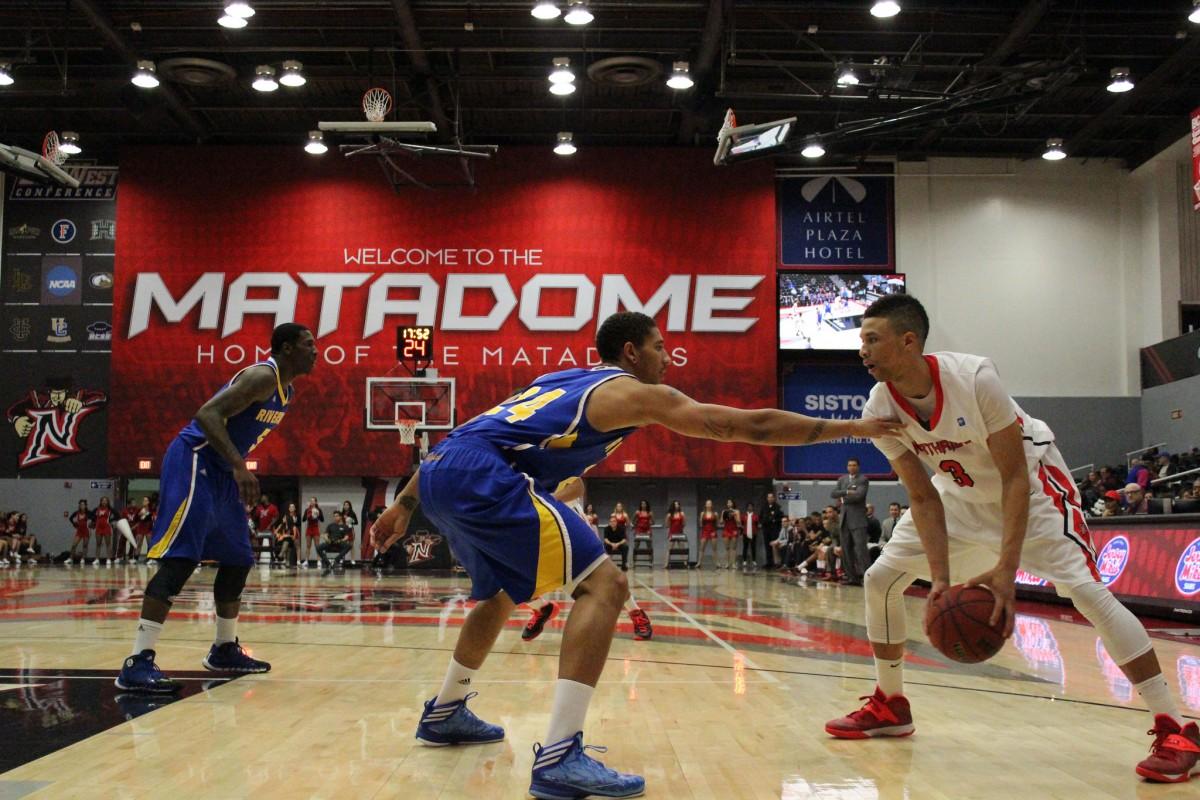 The Matadors turned the ball over 15 times and committed 24 fouls, which allowed the Highlanders to shoot free throws and create a handful of open layups off fast-breaks.

CSUN managed to shoot 50 percent from the field compared to UCR’s 36 percent, but the difference was UCR’s 31 attempted free throws to CSUN’s 12.

“The referees have a tough job but I thought this was not a good outing for them,” he said. “Of course, we had 15 turnovers (for the game) and they had 22 points off of our turnovers.”

Although the fouls were an issue for the Matadors, Theus said it was not the reason why the team lost.

“We lost because we turned the ball over and they scored off turnovers,” he said.

CSUN started the game off strong as the team was able to build a lead as high as nine points in the first half. Junior guard Landon Drew’s 10 points carried the Matadors to a 31-29 lead at the half.

The Matadors were able to force the Highlanders to miss shots and create open fast-breaks, but UCR managed to get back into the game with a late run.

“They had an eight point run before halftime,” Theus said. “We were doing fine but we turned the ball over two times in a row and that’s what happens.”

The Matadors started the second half slow as UCR was able to gain the lead early in the half. The Highlanders were led by Taylor Johns, who had 27 points and was 13 for 13 from the free throw line.

CSUN’s senior guard Stephan Hicks, who had 15 points and six rebounds, said the team laid back to start the second half.

“We didn’t turn up a notch from the first half to the second half,” he said. “I think we laid back a bit because we had a lead.”

Hicks, like many other Matadors, battled through foul trouble throughout the game. He had three fouls, with two of them coming off charges while driving to the basket.

Theus said the charge call is one of the hardest calls to call because it comes down to the angle of the official and the judgment from the official.

“The charge call is always the toughest call to make,” he said. “The only thing I want is consistency; we are all human, we all make mistakes, but be consistent on the way you call the game.”

The Matadors were able to cut the Highlanders’ lead to one with four minutes remaining and had a chance win the game despite losing Stephen Maxwell and Aaron Parks, who both fouled out late in the second half.

“Overall, I think we played a great game but what hurt us were the turnovers,” Hicks said. “They had too many points off those turnovers, which really killed us.”

Next for CSUN is a game at Cal State Fullerton on Feb. 5.

Hicks said the team will be looking to win that game.

“We need a win,” he said. “We just need to go in there from the start and finish the game.”