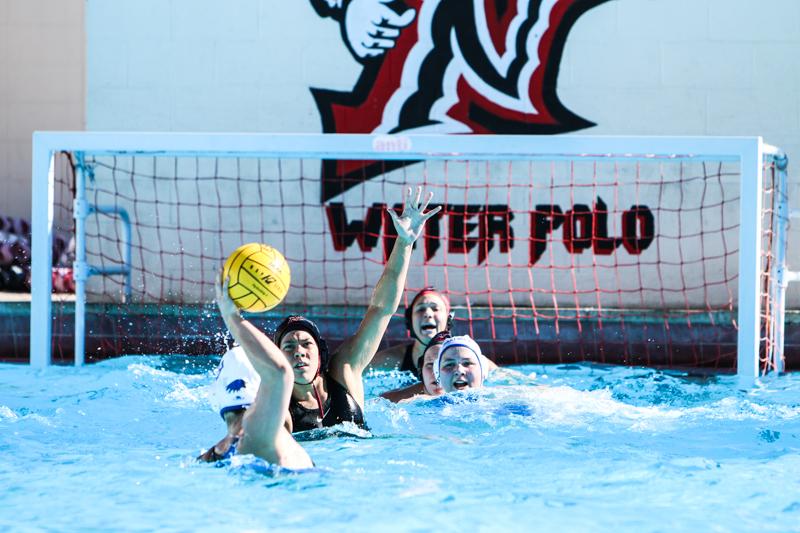 CSUN’s water polo team grabs their first win against a ranked team as they beat No. 20 Hartwick College 11 – 6 in the Sunday morning home opener to extend their current winning streak to three games.

Senior Kelcy Barott recorded a couple of steals to go along with her assist. Although she only scored once during the Cal Baptist Tournament Saturday, she had a team high four goals in the win against Hartwick College.

The Matadors have jumped out to early wins in their last two contests. This game was no exception, as they had a 5 – 0 lead by the beginning of the second quarter. Harwick didn’t score until CSUN’s ninth goal right before halftime.

The ladies had another all – around offensive effort from the team with seven different scorers on the board. Sophomore McKenzie Pollei had a pair of goals to add to the scoring frenzy.

The offensive push in the game was bolstered by the team’s defensive effort. Of the team’s six saves, four came from senior Kiernan Davis, who is currently third best in school history.

CSUN will be in San Diego Saturday, Feb. 7th to compete in the Triton invitational at UC San Diego. The Matadors will advance to compete on Sunday, Feb. 8th, depending on Saturday’s outcome.