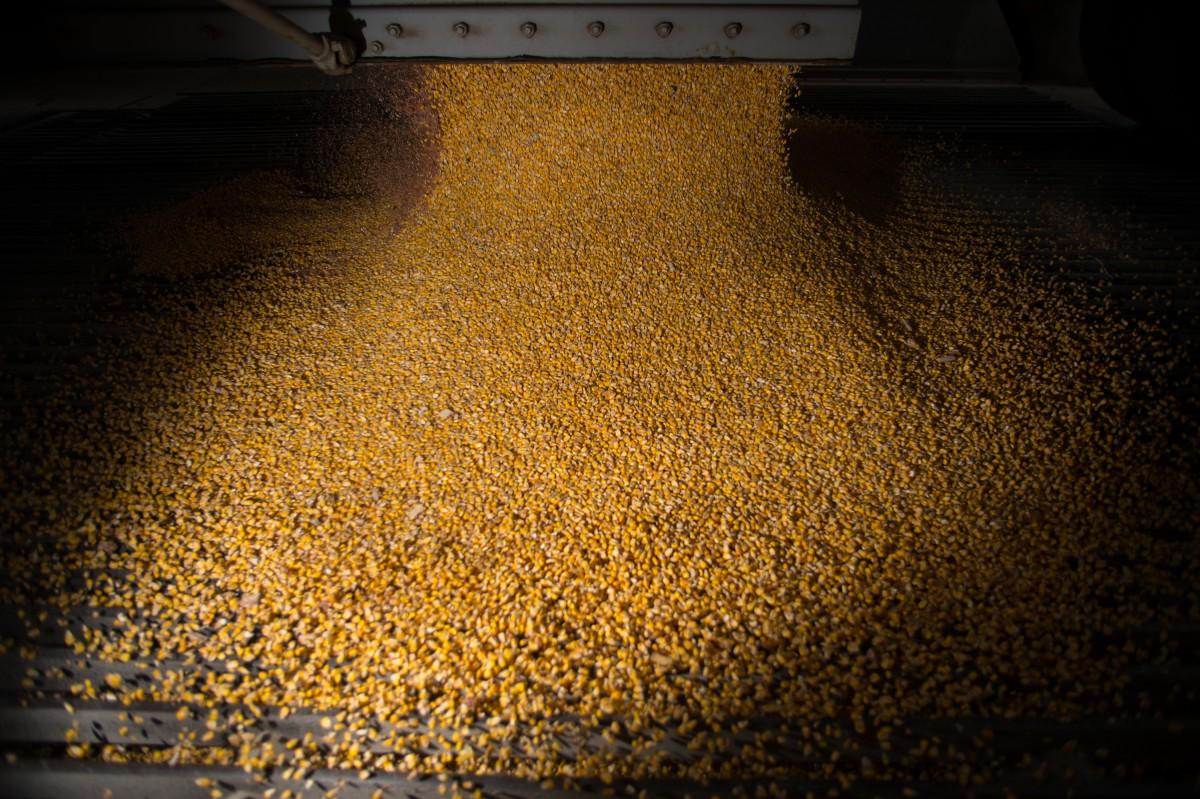 Corn tumbles from the hopper of a truck at the CHS grain terminal on the Minnesota River in Savage, Minn., about to begin a journey around the world. (Aaron Lavinsky/Minneapolis Star Tribune/TNS)

The proposed cuts aren’t going over well with farmers or lawmakers from agriculture states.
The budget “turns a deaf ear to our nation’s farmers and ranchers by directly cutting the very tool that helps growers produce a safe and affordable food supply year after year,” said Republican Sen. Pat Roberts of Kansas.
Roberts, who serves as the chairman of the Senate’s Agriculture Committee, said in a statement that Congress had been right to ignore similar proposals from the Obama administration in previous years.
The cuts aren’t likely to be approved by the Republican-controlled Congress.
The administration’s plan would reduce the subsidy for insurance premiums in fiscal year 2016. It also would tighten rules for how crop insurance covers losses from bad weather or other unforeseen events that prevent farmers from planting as expected.
“Overly generous benefits have almost eliminated the risk in farming at a cost to taxpayers in the billions,” the administration explained in the budget proposal, which was released Monday.
The administration thinks it can improve the crop insurance system by encouraging farmers to plant more and by lowering the excess profits of insurance companies, Shaun Donovan, director of the White House’s Office of Management and Budget, said in a briefing Monday.
Donovan acknowledged that farmers in Kansas and elsewhere aren’t likely to welcome any such changes.
“We have roughly 100 different cuts, consolidations, reforms to significant programs,” Donovan said, “I’m sure that there will be … things that Democrats and Republicans alike will find that they may not totally agree with.”