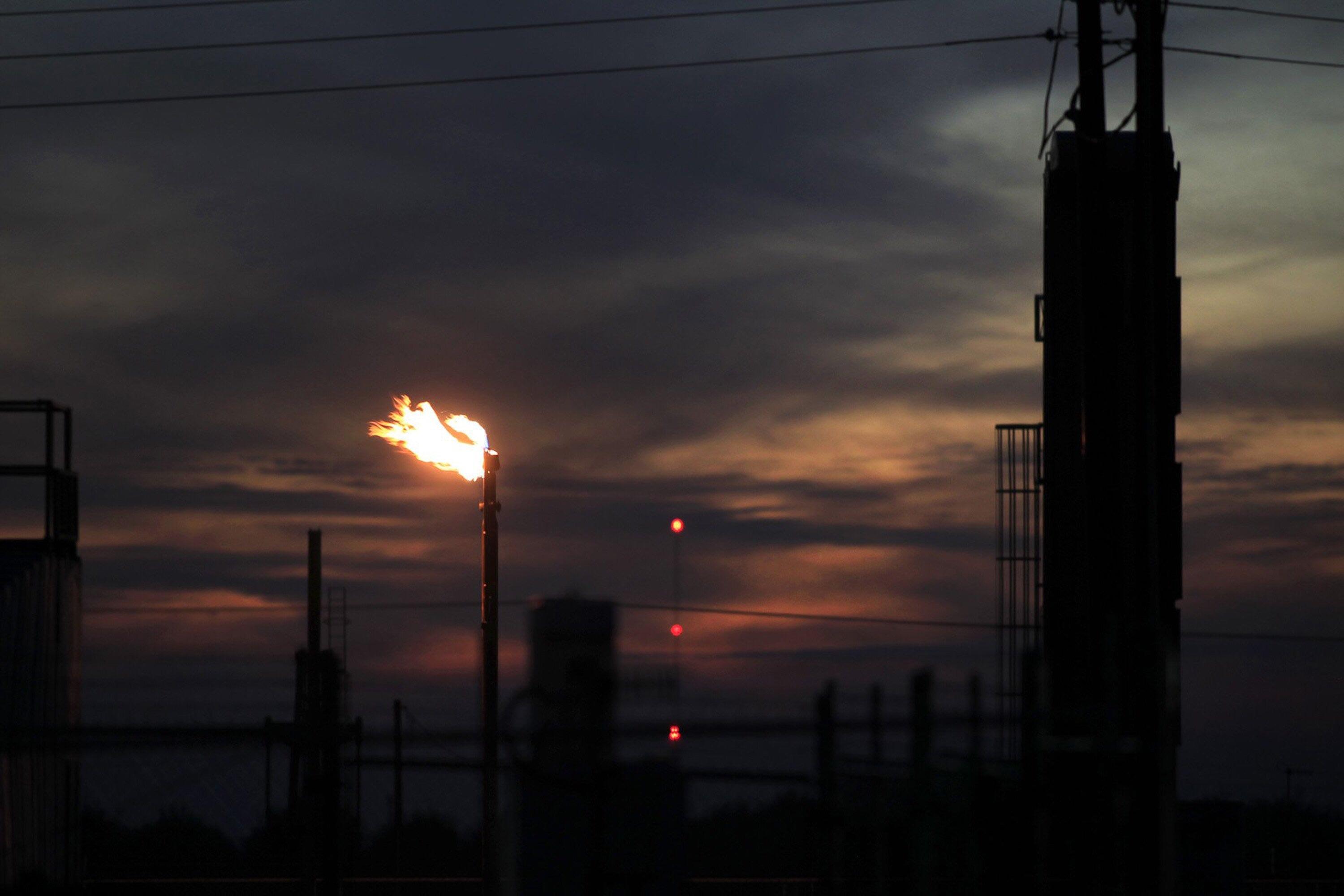 The infrared video showed an eerie scene: waves of volatile chemicals floating from the vent pipes of an oil-and-gas processing plant in the Lost Hills region of Kern County, Calif. The gas wafting into the air looked like heat shimmering off asphalt on a hot summer’s day.
The fumes are invisible to the naked eye, yet the special camera employed by researchers working with two environmental advocacy groups revealed the toxic emissions that flow from the facility every day it operates.
Based on the infrared camera video, air sampling and health surveys, a study by Earthworks and Clean Water Fund has concluded that the communities of Lost Hills and Upper Ojai in Ventura County are being exposed to dangerous air contaminants associated with oil-and-gas production.
These contaminants, which include toluene and methane, could pose a health risk based on long-term exposure, according to the 56-page report, “Californians at Risk: An Analysis of Health Threats from Oil and Gas Pollution in Two Communities.”
The findings also warn that people in other California communities could be subjected to similar emissions released during oil-and-gas development. The report says 5.4 million people, or 14 percent of California’s population, live within one mile of a well.
“As long as oil-and-gas facilities function, communities will be at risk,” the study said.
Emissions generated by oil-and-gas operations, especially during the hydraulic fracturing drilling process, have recently begun generating as much concern as the effects of the process on ground water contamination.
From May to September 2014, Earthworks and Clean Water Fund, both based in Washington, D.C., teamed with community members in Lost Hills and Upper Ojai to perform an exploratory health assessment related to oil-and-gas development.
The two locations were selected based on conversations with community members who said they smelled hydrocarbon odors or had experienced health problems because of proximity to an oil-and-gas facility.
Residents surveyed in both communities reported symptoms consistent with contaminants associated with oil-and-gas development that were detected though air sampling. The complaints included nosebleeds, headaches, sinus problems and skin rashes.
“This data raises serious questions about what chemicals California residents are being exposed to, and at what levels,” Jhon Arbelaez, the California organizer, said upon release of the report.
The Earthworks and Clean Water Fund study said the results suggest the potential risk to human health, yet acknowledges its investigation was limited because the frequency of testing and the number of samples was small.
Researchers took five air samples in each location using a Summa canister, a stainless steel tube specially designed to prevent contamination. The samples were analyzed by a certified laboratory using standards established by the U.S. Environmental Protection Agency and the American Public Health Association.
A total of 40 residents from the two communities filled out a six-page health questionnaire that focused on exposures, health symptoms and medical history.
“Therefore, the results of this investigation must be viewed as a snapshot of air emissions and a clear warning sign of problems, not as generalizable results,” the report said.
The oil-and-gas industry has previously accused Earthworks of engaging in hyperbole and promoting scientifically dubious studies.
In releasing the report, Arbelaez was joined by Lucinda Wasson, retired director of Public Health Nursing for Kern County; she expressed concern that California has conducted so little study into the potential health risks associated with emissions of volatile organic compounds by the oil-and-gas industry. It’s especially dismaying because the state is among the top oil producers in the country, they said.
“We know pollutants exist,” Wasson said. “We know California has not looked into health threats and risks to those living along the fence line of oil and gas production. Health impacts must be looked at by health experts.”
The Earthworks researchers are urging state officials to conduct an independent study to understand how oil-and-gas development is affecting Californians, especially in low-income communities they say are particularly vulnerable. This includes long-term exposures, cumulative exposures and the effects of exposure to multiple contaminations over the short and long term.
The researchers are calling on the state’s Department of Public Health to study the possible health risks and to assume the responsibility for addressing the consequences of oil-and-gas emissions.
Ronald Owens, a public health spokesman, said it is the department’s policy not to comment on studies generated outside of the agency. He declined to comment when asked if the department would engage in the sweeping study called for by Earthworks and Clean Water Action.