Five movies to better spend your time on than “The Interview” 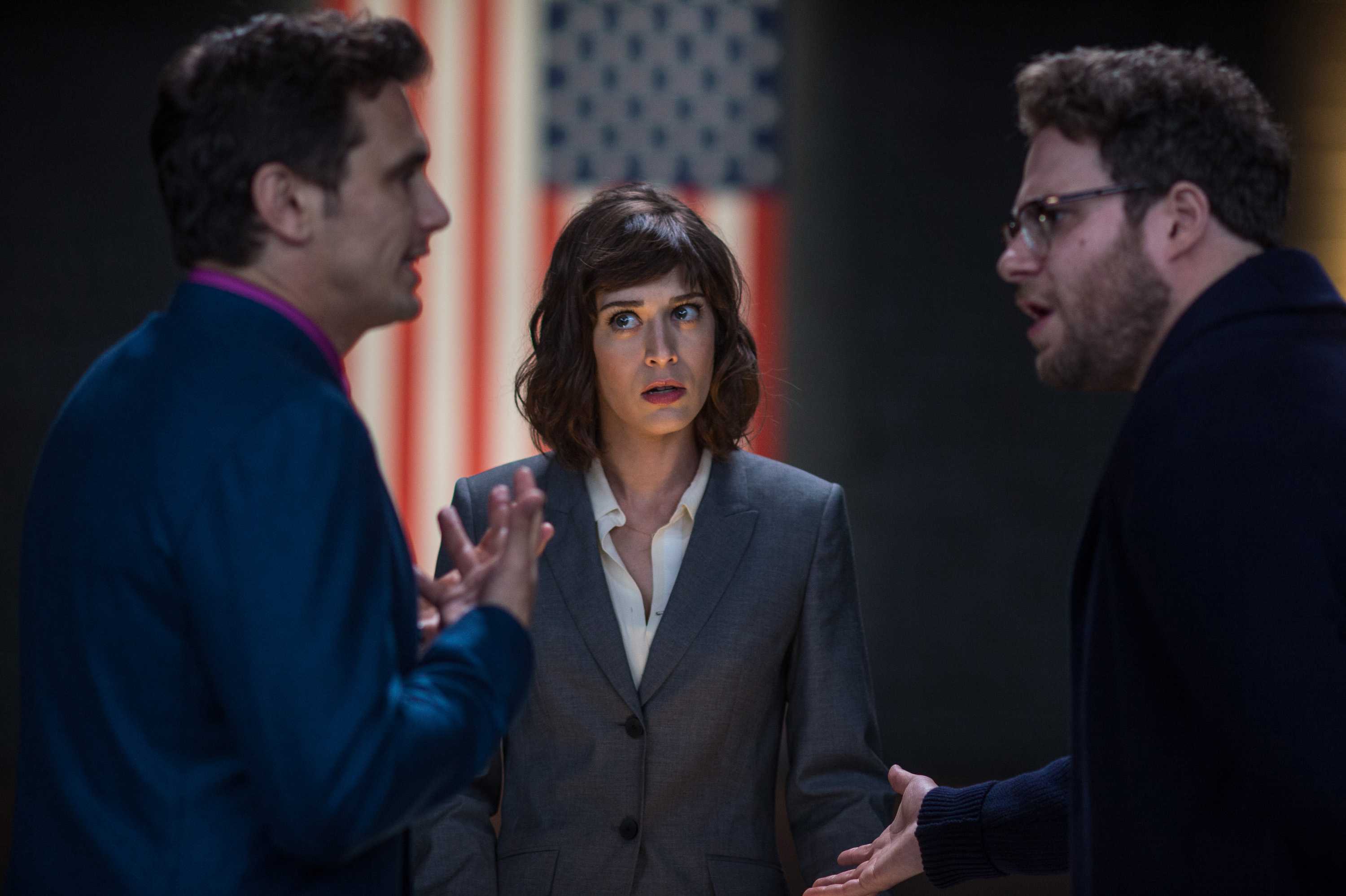 Lets just get this out of the way: “The Interview” is not a good movie.

“The Interview” can be summed up as one 112 minute long gay joke. There are just so many jokes centered around a characters sexuality a viewer can take before they start to fall flat, and “The Interview” never lets up in that regard.

The film is barely a good enough comedy to compare to the other films in the Seth Rogen/James Franco collection of buddy comedies.

It’s a shame that “The Interview” couldn’t match up to the large amount of controversy surrounding the film’s release, as Rogen and Franco had a huge amount of the public’s’ attention. They could have really shined some light on some of the more pressing issues facing the people of North Korea. Not just whether or not their Supreme Leader is chastised for drinking margaritas and liking Katy Perry.

Sorry Seth, but there are plenty of other films on Netflix worth spending a few hours in front of your computer watching. Here are a few to consider:

Evolving from the minds of “South Park,” creator’s Trey Parker and Matt Stone, “Team America: World Police” was “The Interview,” 10 years before “The Interview,” hit our television screens, but did excruciatingly better. Although the film wasn’t without its own controversy, Stone and Parker still managed to create pure comedy gold with “World Police,” Instead of focusing on Kim Jung Un, “World Police” drives a comedy spike into the heart of a very “South Park,” like puppet Kim Jung Il. The film is highly critical of North Korean policies, but also doesn’t attempt to shy away from critiquing U.S. foreign policy either. “Team America,” has loads of entertainment packed into each screen and the overly cinematic feel almost makes you forget that you are watching puppets crudely tip toeing across your computer monitor.

I’ve always considered “Airplane,” to be the grandfather of modern comedy films. The classic slapstick film directed by Jim Abrahams and David Zucker, introduced me to a whole new genre of comedy that would lead me to view other great films like, “Spaceballs,” “Robin Hood: Men in Tights,” and “Hot Shots,” (most of which can currently be found on Netflix). I would bet my last dollar that anyone reading this has seen something on either television or in film that has referenced a scene from “Airplane.” The best part of “Airplane,” is the variety of the jokes. Sight gags, wordplay, situational, all of classic comedy staples make an appearance in this comedy classics. If you ever have a few hours to kick around, why not give ‘Airplane,” a chance.

“Tucker and Dave vs. Evil” has to be one of the more original comedy concepts I’ve seen in the last decade, and its rather disappointing that the film hasn’t received enough praise since its 2010 release. Following a couple of friendly West Virginian hillbillies as they travel to their newly purchased vacation cabin, “Tucker and Dale vs. Evil,” throws the stalker flick genre on its head by falsely accusing the titular characters as serial killers. The film not only has some great jokes sprinkled throughout its relatively short running time, and an ending that will leave the viewer satisfied and wanting more.

The filmed that launched the “view askewniverse,” “Clerks” is a prime example of independent comedy films done right. Shot completely in black and white (a budgetary choice), “Clerks” is the story of the boring, and unmotivated, life of Dante and Randal, two slacker corner store operators in the middle of New Jersey and their everyday personal responsibilities. Resident Super Nerd, Kevin Smith, used very minimal filming techniques to bring to life a small corner of blue-collar New Jersey with gut-busting lines that I’m sure will leave you quoting for years to come. “Clerks” is also responsible for introducing the world to the stoner duo of Jay and Silent Bob, who would later go on to appear in Smith’s other works, including there own feature film “Jay and Silent Bob Strike Back,” which can also be found on Netflix.