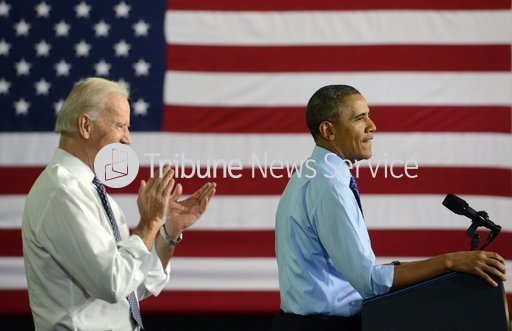 Earlier this month, President Obama revealed his proposal to make two years of community college free to any student willing to work for it. As expected, the president’s pitch has stirred up some debate, causing Americans to question both its feasibility and benefits. Is Obama’s idea a good one? Absolutely. Will we see it come to fruition? Not likely.

The proposal aims to assist around nine million students each year, as long as they keep no less than a 2.5 GPA, attend community college at least half-time and make noticeable progress towards finishing their program of choice.

Our public school system’s endgame for students – the high school diploma – is becoming increasingly devalued. According to Georgetown University’s “Projection of Jobs and Education Requirements Through 2018,” over 60 percent of all American jobs will require some sort of college degree by 2018.

Even more young adults are finding it problematic to find work straight out of high school, which is a sign of the greater need for college degrees in this day and age. So why not make community college the new high school and free for all?

I came to CSUN straight from my local community college, and I can wholeheartedly say the decision to get my associate degree was a wise one. Not only did community college prepare me academically for the four-year to which I would transfer, but it also saved me a ton of money. That is money I would have otherwise spent on the outrageous costs of attending a four-year university straight out of high school. For me, the prospect that one day every willing student in the United States could possibly attend two years of college absolutely free is an exciting one.

Given my family’s poor financial situation, my community college career was paid for entirely by federal Pell Grants. While federal and state awards already provide substantial monetary coverage for the country’s most underprivileged students, many are still left with some cost. Free community college may provide the incentive for millions of Americans to seek out higher education, shooting not only for associate degrees or other certificates, but bachelor’s degrees as well.

Unfortunately, the president’s idea is, at the moment, just an idea with no detailed plan for implementation. While President Obama had illustrated how he expected the government to pay for students’ free schooling (by eliminating tax breaks to 529 college savings plans), this idea was widely criticized by members of the Republican Party, causing him to abandon it.

Some Republicans oppose the proposal, claiming the issue should be decided state-by-state, citing the success of the “Tennessee Promise” program in – you guessed it – Tennessee.

Last year, the state became the first in the nation to provide free community college to all students, funding the platform through the state lottery as well as a multi-million dollar endowment established by the state General Assembly.

Sadly, Republican opposition and a Republican-controlled Congress will likely cause Obama’s nationwide proposal to fail at ever becoming a reality.

Perhaps, then, the future of free community college will have to fall into the hands of the states. Places like Tennessee have shown success in their free college programs, opening the doors for other states to follow their formula.

Higher education is a wonderful, and now oftentimes necessary thing. I can only hope that one day, whether it arrives soon or in the years to come, every American has the same opportunity to seek it as I did.