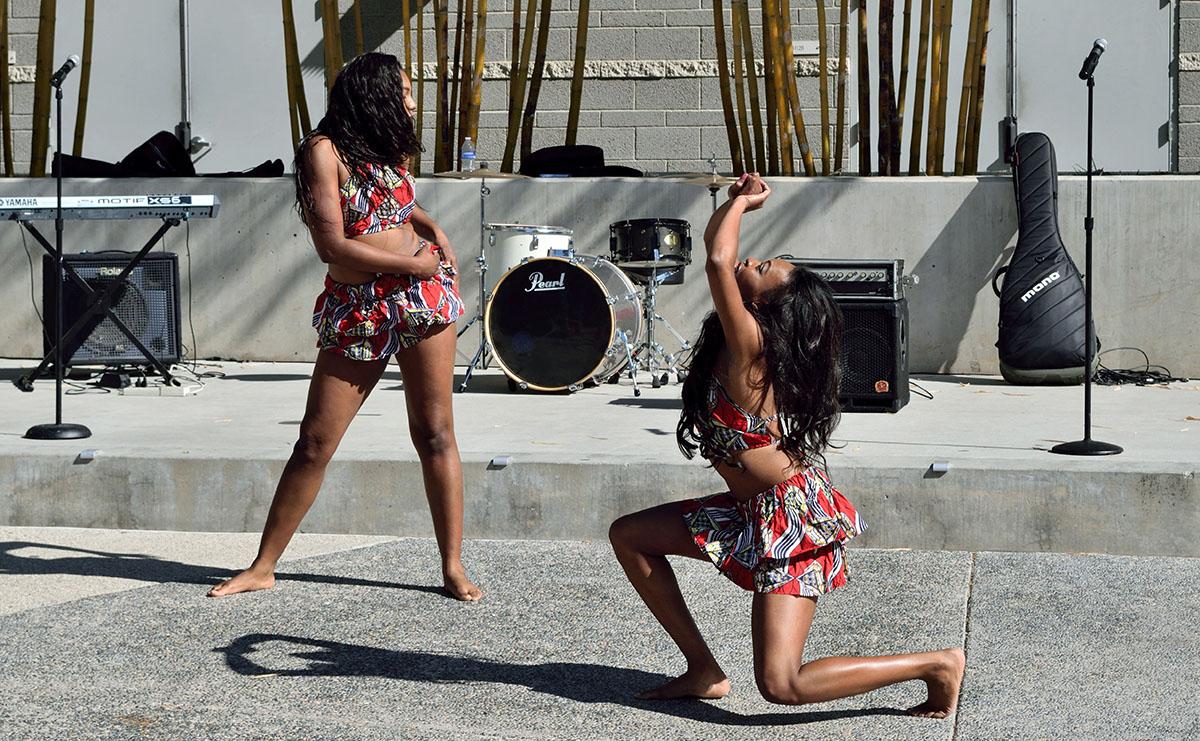 Representatives from 11 of the campuses black-oriented organizations set up tables in front of the University Student Union and provided pamphlets and brochures for any passers-by who showed interest, while performers took to the stage to display different types of historically black dances and musical performances

“The Black Student Union is commemorating Black History Month once again until the U.S Government properly recognizes the contributions of black folks throughout history,” said Dr. Chris Holmes, clinical psychologist for University Counseling Services. “Black History Week, then month, was created so the accomplishments of black people are recognized. black folks helped us build this country.”

CSUN has one of the biggest Africana Studies departments in the nation, and has been actively using events like the Information Fair to recruit potential students to the collection of black-centered organizations on campus to increase overall membership.

Aubrey Harris, a 19-year-old English major, was the first performer to take the stage and entertained audiences with a stepping routine from the newly formed CSUN Step team. Stepping is a historically black dance form popular in Historically Black Universities and fraternities throughout the country, but has not found that large of an audience on CSUN’s campus.

“I wanted to incorporate stepping and I noticed people weren’t that active on campus,” said Harris. “So we wanted to bring the art form back to the community here at CSUN.”

The step team was not the only fresh organization to set up a booth at the fair. Habeesha Student Union, one of the newest organizations on campus, had a presence at the event and encouraged members of all races to stop by and learn a little about the new East African club.

“Habeesha’s goal is to introduce the CSUN faculty and community of the East African culture, and our customs,” said Eden Asfaw, 22 year-old Psychology major. “We’re just trying to break some of the stereotypes in the media and show people what is real.”

Habessa Student Union was joined by the Black Student Union, the ASO: African Dance Workshop, the CSUN Gospel Choir, Alpha Phi Alpha, Kappa Alpha Psi, Zeta Phi Beta, the Black Alumni Association, National Society of Black Engineers, The Black Male Initiative, and the Department of Africana Studies, and the National Association of Black Journalist. Each club sent a representative to the stage to grab the microphone for either a quick speech or a performance of some kind.

John Tabor, a 21-year-old civil engineering major who performed his original rap song, “Grams,” was one of the many musical performers to take to the stage.

“The turnout is always amazing we always have a lot of people who are excited to hear rap, singers and poetry,” said Tabor. “We always have a full house.”

Older organizations also used the event to let the student body know that they are still alive and well. The Black Male initiative had a prominent role in the fair, and sent a few members to the stage to speak to not just those interested in BMI, but to the entire student body as a whole.

“It’s our mission to create a brotherhood through academic, professional and social support,” said Demontae Thompson, the 22-year-old, business management major and president of the Black Male Initiative. “To let African American males know that they are supported because the statistics say otherwise.”

The next major event involving the black student union will be held on March 27 and will feature most of the cultural organizations on campus.