Elephants lets loose in the studio 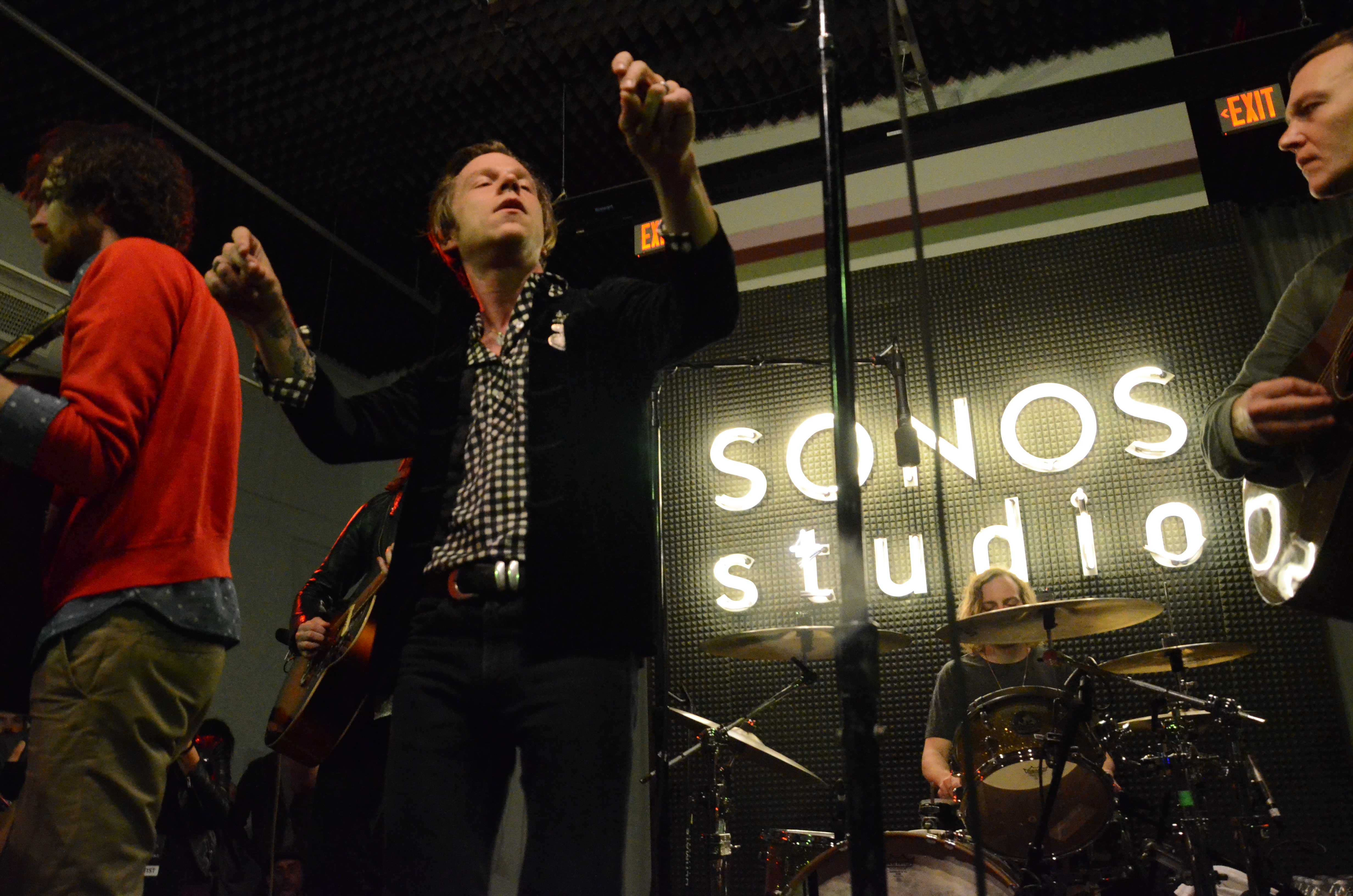 "Ain't No Rest For The Wicked" hit-makers Cage the Elephant put on a small show at the Sonos Studios in Hollywood Tuesday night. The band performed radio hits and tracks off their Grammy-nominated album "Melophobia." Photo credit: Vincent Nguyen

And the Grammy for Rock Performance of the Year goes to Cage the Elephant. That’s probably not a category and it’s definitely not what they’re nominated for in this year’s awards. For what it’s worth, the band definitely deserves that award for completely raising the roof at the Sonos Studios presented by Pandora in Hollywood on Feb. 3.

Best known for hits such as “Ain’t No Rest for the Wicked,” “Shake Me Down,” and “Come A Little Closer,” Cage the Elephant put on a show that a classic 80s rock band would deem formidable enough to consider the band a worthy opponent in a Battle of the Bands. 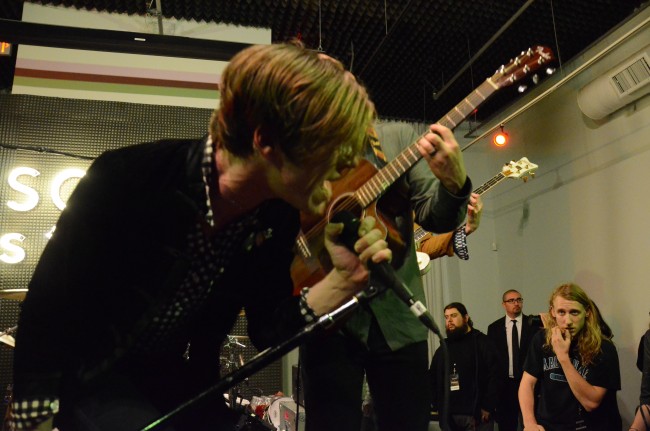 Maybe the band, who’s nominated for a Grammy for Rock Album of the Year, won’t be as distortion driven as an 80s band. But their collection of acoustic guitars and keys definitely puts them up there as a must-see performer for anybody, even for those who don’t listen to rock.

Some may be turned off by the fact that artists that get air-play don’t translate their talent onto the stage. Cage the Elephant is definitely one of the exceptions.

Right from the start, the band engages the audience into each and every one of their tunes. Lead singer, Matthew Schultz, gets into a trance that somehow links every audience member together and gets their heads bobbing and their toes tapping. That’s a bit mild, but that’s essentially what happened. But as Schultz got sweaty, so did the audience, who sang along to every track the Grammy nominated band played.

When the band performed their radio hits, it seemed like a different band was on the stage. “Ain’t No Rest For The Wicked” was so electric, and how the audience reacted to it was like a dormant bear waking up straight out of hibernation. As the group closed out their set with their two biggest hits in “Shake Me Down” and “Come A Little Closer,” the band and the crowd were even more dazzled out. There’s no comparison to how awesome the last ten minutes of their set was.

But let’s talk about the venue as well. If you were lucky enough to RSVP, obviously you had a chance to see the band live, but you got to see the band live with an open bar. Sonos provided Heineken and Pacifico for those who opted for beer, but for cocktail lovers, their Moonshine selection was definitely something to look forward to.

So if you haven’t seen Cage the Elephant, be adventurous and definitely check them out. They will be in Los Angeles with sold out shows for the rest of the week until the Grammys on Sunday, but be sure to check for tickets when they come back to Southern California. And when you can, check out any other bands sponsored by Pandora to see if they are playing at the Sonos Studios. It’s definitely one you won’t want to miss.