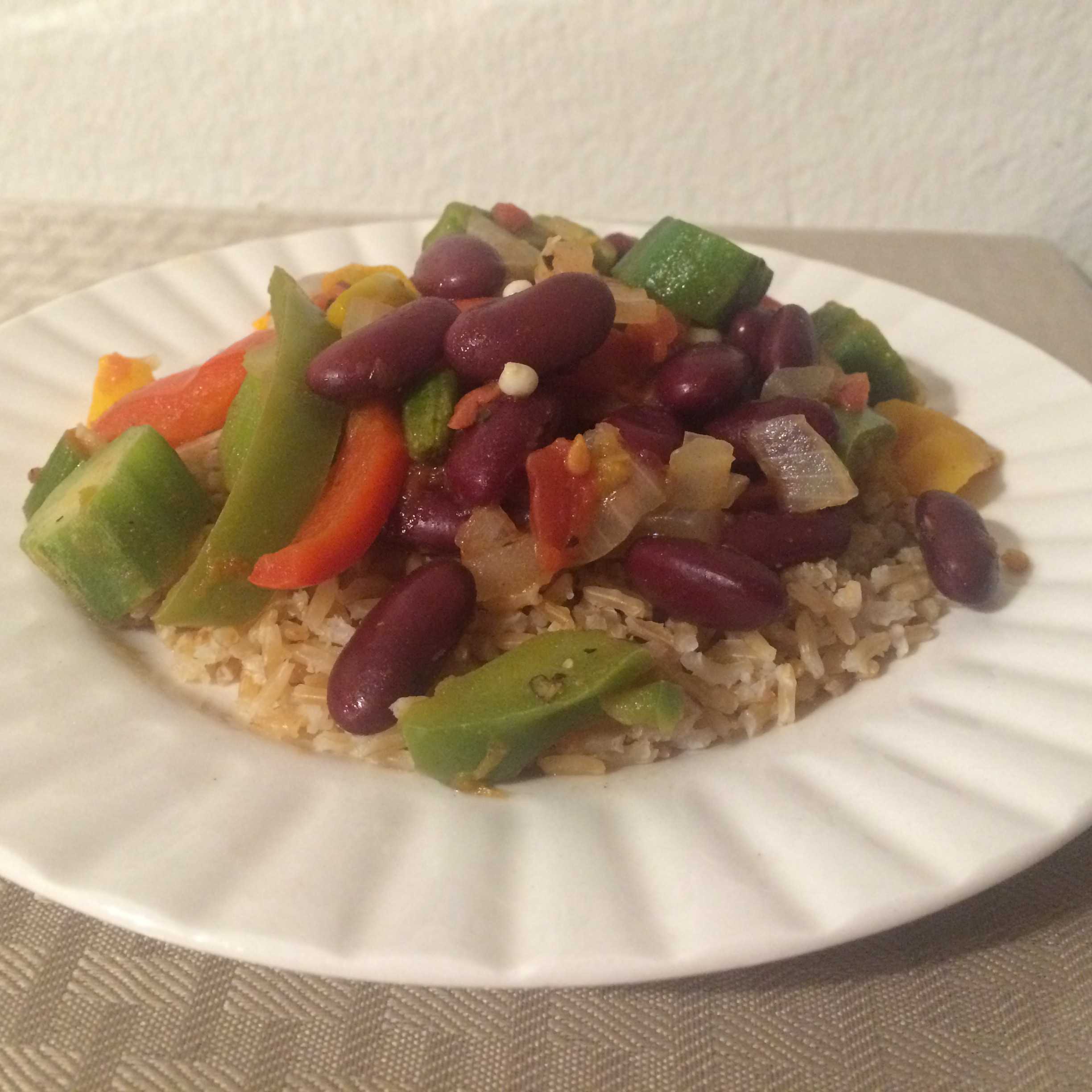 I love trying and cooking new foods. So, for this week’s food blog I decided to create and taste an African Heritage dish in honor of both Black History Month, and African Heritage and Health Week.

Black History Month is an extension of Black History Week, which was created by Dr. Carter G. Woodson and the Association for the Study of Negro Life and History, which he founded, according to their website.

The association was later renamed Association for the Study of African American Life and History.

The month of February also celebrates African heritage and health. I came across an organization named Oldways while searching for a recipe to create. The founder K. Dun Gifford wanted the organization “to promote healthy eating and drinking,” according to their website. Oldways goal is to “guide people to good health through heritage,” according to their website. After searching for about ten minutes in the recipes section, I decided to try to make the Quick Shrimp Gumbo.

Now, I opted for the vegetarian version, which means skipping the shrimp.

The ingredients were easy to obtain. I simply went to my local grocery store, and within 10 minutes, found everything I needed. It was also budget friendly. I only spent $10. Plus, most of the ingredients could already be found at home, which can reduce time and price.

As a full-time college student with a part-time job, I needed to find a recipe that was quick and easy because of my limited free time. This recipe took about 20 minutes to make. The best part was that I could multitask. While I was cooking the vegetables I was also cooking the rice. This allowed the waiting process to shorten. The fact that most of the ingredients were either precooked, canned or spices, such as salt and pepper, made the process easier.

I started the cooking process by prepping the ingredients.

First, I thawed the frozen bag of okra and frozen bag of bell pepper strips.
Second, I started by opening the canned beans and canned diced tomato. I also drained the tomato.
Third, I diced half an onion and the two cloves of garlic. Although, the recipe called for one onion, I decided to only use half.
Fourth, I measured the amount of seasoning (two teaspoons of Cajun seasoning, half a teaspoon chipotle pepper, and two teaspoons of salt and black pepper, each) required.

I started by cooking the rice. While it was cooking I moved on to heating 2 tablespoons of extra-virgin olive oil in a pot. I then added the diced onion for a few minutes before adding the canned beans, diced tomatoes, bag of bell pepper and the seasoning. I added a bit more seasoning than required. Instead of adding two teaspoons of Cajun seasoning, I added four.

I let the pot boil for about five minutes before reducing the heat, covering the pot, and letting the pot simmer for about 10 minutes. While the pot was simmering, I finished cooking the rice, and then let it cool down. Then, I added the okra and let the pot simmer for another 10 minutes. By the time the ingredients in the pot finished cooking, the rice was cooled and I was ready to bring the two elements together.

I love vegetables, so this dish was delicious. However, I had never tasted okra before. After eating the okra in this dish I will definitely eat it again. Perhaps, next time I will try the option with shrimp. The dish wasn’t spicy, but it did include the option of adding hot sauce.

The dish is not only healthy but also feeds six to eight people. It’s great for roommates to share. However, if you live alone and think this is too much, maybe try cutting the amount required for each ingredient. Overall, I enjoyed making and eating the dish.

Although, the recipes does state the Quick Shrimp Gumbo is not a “classic Southern gumbo,” I think it’s still worth a try.