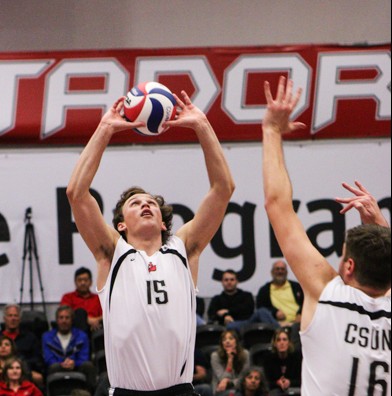 “Rankings; they don’t really matter so much,” Senior middle blocker Greg Faulkner said. “It doesn’t really determine if a team is way better than you or not; especially in this conference. We have a lot of good teams, especially ourselves.”

Senior setter Travis Magorien had 37 assists and one ace, while sophomore outside hitter Bradley Sakaida had eight digs. 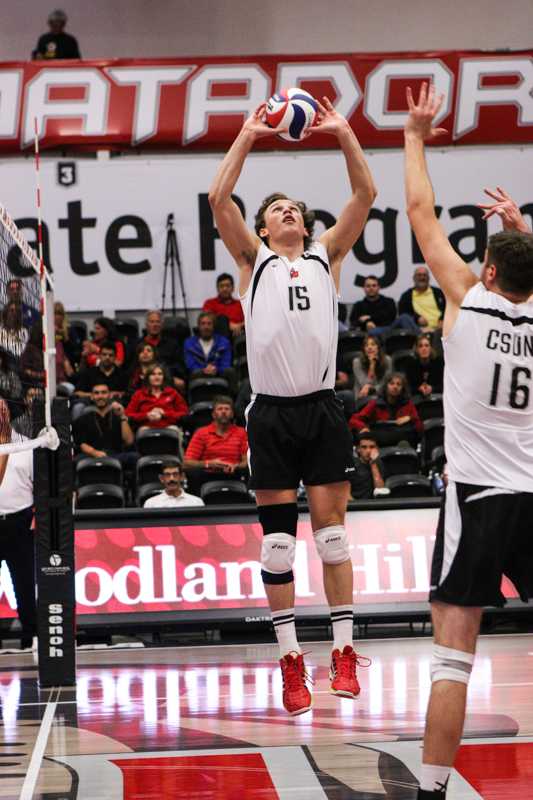 Taking the lead 13-10 in the first set, the Matadors went on a three point run that was kicked off by a service error. UCSB earned their way to 16, but never advanced farther than that as they lost the game on an attack error. CSUN hit .385 in the first set and had 13 kills.

Set two was neck and neck from the get-go. CSUN was able to maintain their lead throughout the game until it was 23-20. Holt committed an attack error, and then the Gauchos had back-to-back service aces, tying it at 23. Another attack error by Holt gave the Gauchos the one point lead and a UCSB block shut down CSUN’s attempt to win the set. UCSB took the set 25-23. 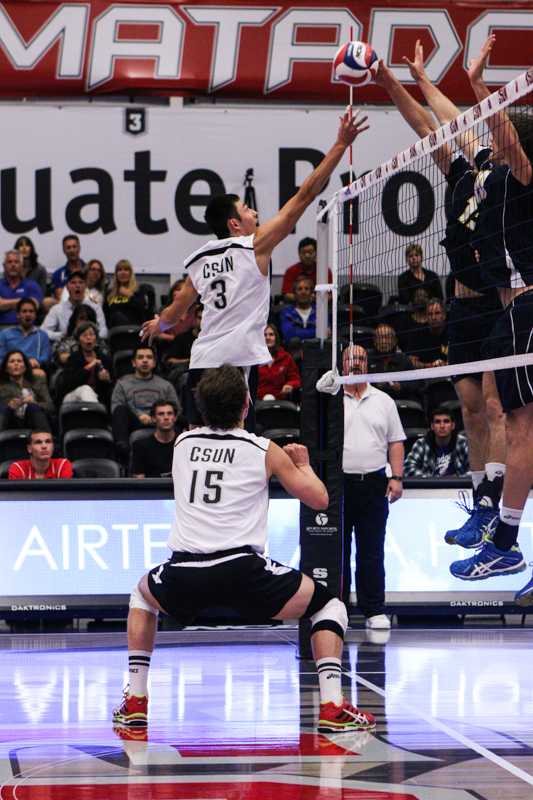 The third set was an entirely new game and from the first point, CSUN was ready to take back the win they had lost. The Matadors got an early 10-2 lead, and never gave it up. A Magorien set and kill by Holt won the set. The Matadors hit .360 with 11 kills.

The final set started with three errors, but still the Matadors on top. They remained on top throughout the match, but once it was 23-19, the pressure intensified. Fans were standing and screaming louder than had previously and accompanied the players on the court. On the verge of match point, CSUN succumbed to UCSB kills, shortening the lead to 23-21. 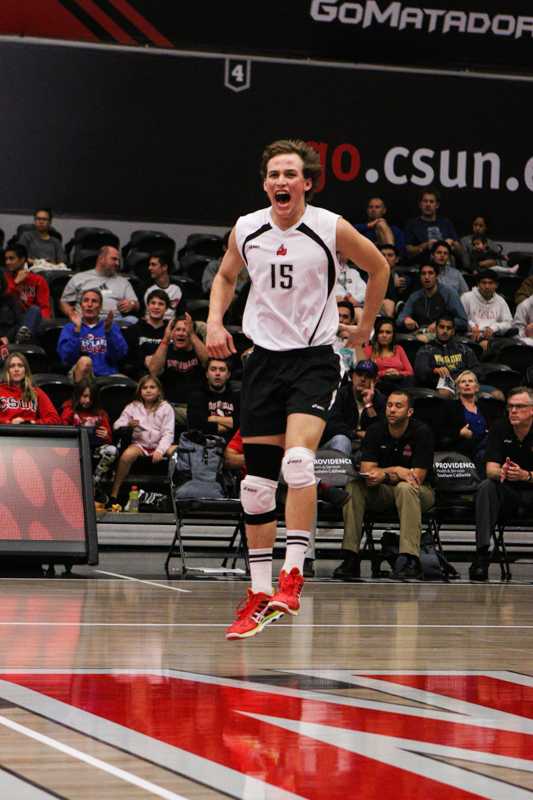 “As long as you’re giving it your all out there, playing 100 percent throughout the whole match, you never know. You might be the underdog but you come out on top,” Faulkner said.

CSUN takes on the UCLA Bruins Friday at 7 p.m. in the Matadome.