Prep for Valentine’s Day on Netflix 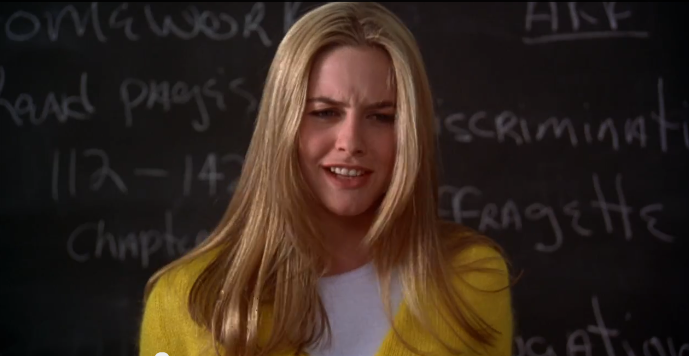 Valentine’s Day is near, and whether you’re single or not, you can’t deny that you love a good romantic movie. Tearjerking, hilarious or just a downright classic, here are four movies you need to watch on Netflix for the big V-day.

Let’s start with a classic, Woody Allen’s “Annie Hall.” It may not jump out to you as a typical romance movie, but Woody Allen’s distinct acting, plus a young Diane Keaton’s naiveté, makes this movie feel totally relatable even though it was released in 1977. Allen plays an even more neurotic version of himself, if that is possible, while Keaton portrays Annie Hall, a singer who has a relationship with Alvy Singer, Allen’s character.

Between their fights and moments of intimacy, the portrayal of Hall and Singer’s relationship in the film stands the test of time, and therefore this is a movie you can totally watch this month, or whenever, because it is one of Allen’s best.

Next up, we have “Clueless,” starring Alicia Silverstone, Brittany Murphy and Paul Rudd. Like the rest of us, this is probably going to be your 20th time watching the film, but it gets better and better every single time. If you haven’t seen “Clueless” in forever or this is your first time, the film follows the story of Cher Horowitz, played by Alicia Silverstone, and her best friend Dionne.

Cher is the most popular girl in school, and is constantly winning the hearts of boys, but becomes jealous when her “project” Tai Fraisier, played by Brittany Murphy, has an easier time winning over boys. Cher navigates high school in a plaid two-piece set all while trying to find true love. “Clueless” is a must watch during the month of love, especially if you’re celebrating Galentine’s Day instead.

Third, we have “Pretty in Pink,” a John Hughes staple starring Molly Ringwald and John Cryer. Another film about the trials and tribulations of young love in high school, “Pretty in Pink” is definitely a bit of a contrast to “Clueless” if you’re looking for something a little less surface level when it comes to romance.

There is definitely a bit of a love triangle going on in this movie, so if you are interested in a bit of a heartbreaker, “Pretty in Pink” is for you. Molly Ringwald plays Andie, whose best friend is Duckie, played by John Cryer. He is totally in love with her, but she is blinded by her love for popular boy Blane, played by Andrew McCarthy. As drama ensues throughout the whole movie, Andie is trying to find a way to the prom, and shows up in total style, hence the film’s name. You’ll have to watch it to find out what happens!

Lastly, an indie romance flick you can catch this month is “Submarine,” directed by Richard Ayoade, starring the hilarious Craig Roberts as Oliver Tate. Based on a novel of the same title, “Submarine” is about nearly 16-year-old Oliver, who is out to experience love (and some other things) for the first time. Oliver finds a new crush at school, Jordana, who eventually becomes his girlfriend.

The story explores their own relationship, but also explores the failing relationship of Oliver’s parents. “Submarine” is full of British humor, and is definitely an off-beat love story worth digging into. Plus, the film features original music by Arctic Monkeys’ Alex Turner, that adds a new dimension to the romance of the film.

All four of these films can be watched this month, or kept in your pocket for later. If you’re not a huge fan of romance, try digging in with these movies, which are all different from one another and totally unique.