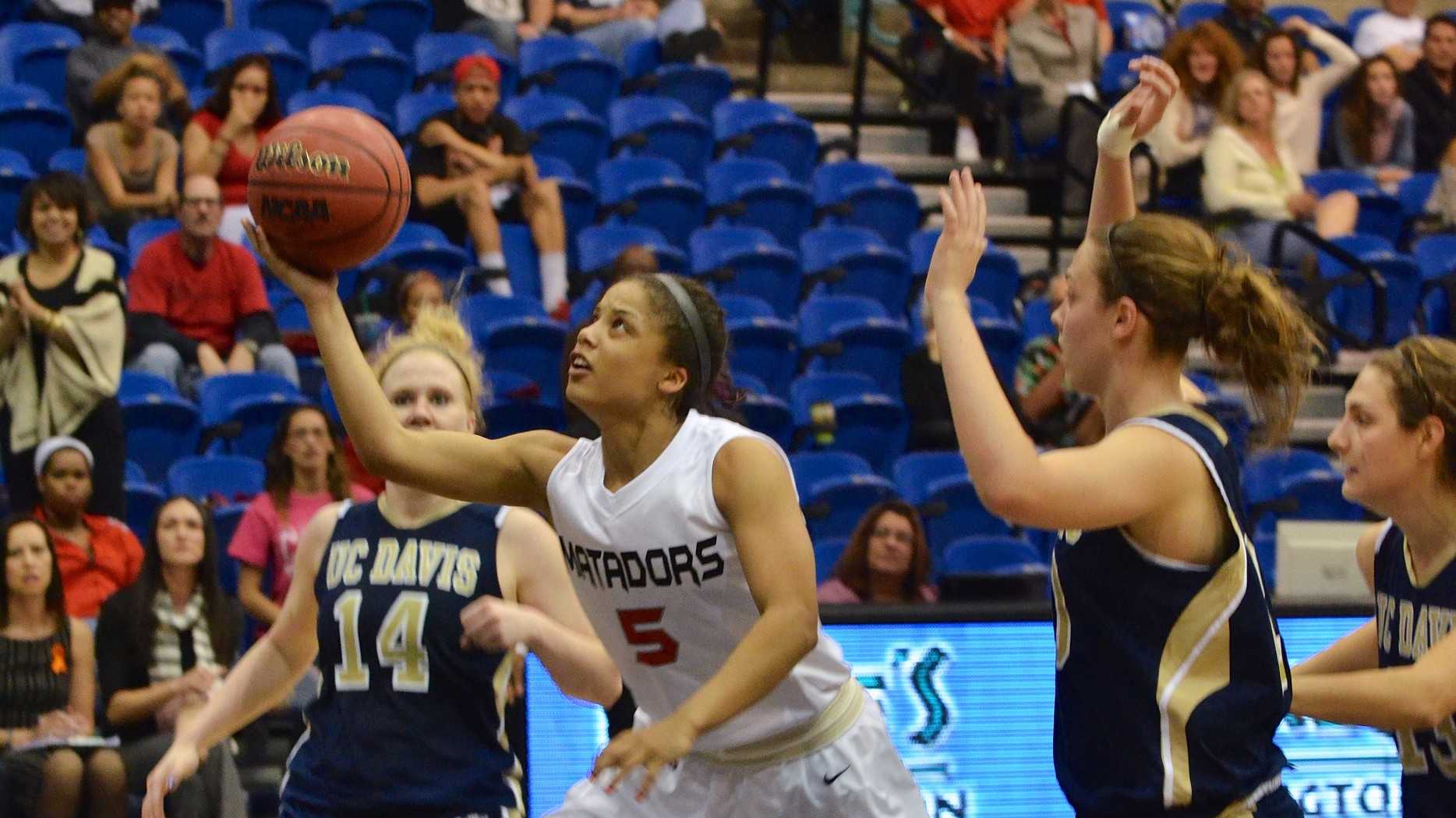 Davis put down the Matadors a second time this season, defeating CSUN 73-67 with a killer combination of 3-pointers, sufficient free throw shooting and rebounds that the Matadors couldn’t effectively answer.

The Northern California team had some of the most accurate shooting the Matadors have seen in recent game, landing around half their shots for the game.

The Aggies shot golden from the start, securing the lead and never giving CSUN much of a chance to close in on it.

Davis held their largest lead of 18 points over the Matadors around 13 minutes in the second half and the Matadors couldn’t land enough shots to heal the gaping wound.

Reliable CSUN senior guards, Ashlee Guay and Janae Sharpe, pulled a combined 37 points for their team and pushed hard in the last half. Northridge would chisel within six points by games end, but their effort was too late.

Even with the solid shooting from Guay and Sharpe, CSUN would only pull 36.1 percent of their shots, flopping on most of them. They did manage to match Davis with 3-pointers, landing eleven, but had to attempt 30 to the Aggies’ 19.

The Matadors now hang at a harmless six place in the Big West Conference with this defeat, their lowest ranking for the season with four wins and five losses.

Davis took out CSUN 60-49 in the Big West Opener Jan. 8, but the Aggies for all their dominance over last years champion, loss to Long Beach and hold only one more win over Northridge.

CSUN will face off against the seventh placed California State University, Fullerton for the first time Feb. 7.

Fullerton holds three wins to four losses, and was defeated by Davis Jan. 17 64-59.