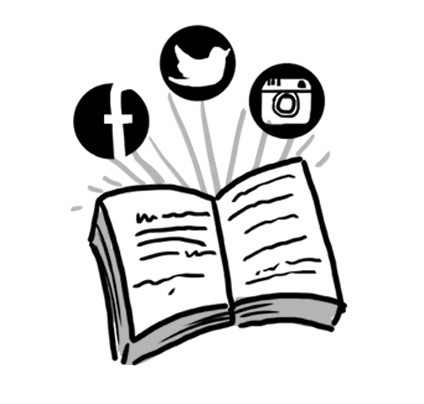 Likes determining self esteem, comments defining worth and followers controlling an individuals status, is what has become of us as social media spreads like a contagious disease.

Social media has not only changed the way we communicate, but the way we interact, build and destroy relationships. Is social media a gift or a curse? Does social media control our lives to a certain extent? Are we taking social media too seriously and forgetting its specified use?

The educational system has slowly, but surely made the presence of social media known.

According to the University of Twente, the knowledge gap theory hypothesis states that knowledge and things can be learned through social media outlets.The knowledge gap proposes an increased gap between people of lower and higher socioeconomic status is the result.

The knowledge gap theory is said to somehow increase the gap between people with high education versus low.

So, is social media benefiting students or is it causing students to lose their ability to think on their own?

I think social media both helps and hinders a student’s education, but mostly hinders. Social media might just be one of the biggest distractions to fall in our laps.

In a USA today, students have confirmed that social media interferes with homework. The constant urge to comment, like and check updates is taking us away from important aspects of our lives.

It has even shortened our attention spans. Many forget what it’s like to tangibly hold a newspaper or a book. In an article in CBS, Washington DC a psychologist addresses how social media is causing a distancing cycle and what many call a phenomena to take place.

A lot of us depend solely on social media to get news and “so called” facts that we are not checking for accuracy. We are not questioning the sources and resources we take from these media driven outlets.

I think the only educational aspect to social media is networking. It allows us to build a brand and a name for ourselves, and puts us on the market. Social media teaches us the value of building partnerships and making useful relations and connections.

The crazy thing about social media is that no is really that social anymore because of it.

The only questions are: what’s next for social media, and how will it affect our education?