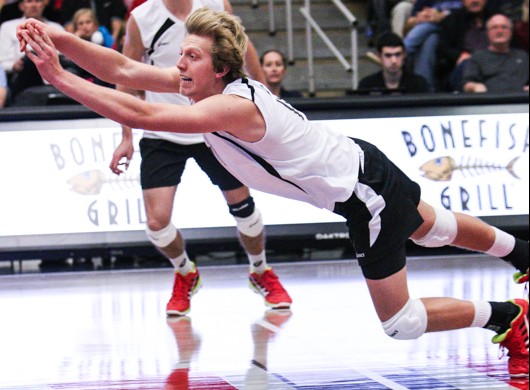 “I think it was mental not as much physical,” said senior setter Travis Magorien.

The first set had just one block and five kills. The Matadors hit -.083 and did not have anything greater than a two-point run. The set was lost on an attack error by junior outside hitter Sam Holt.

“We served pretty well. We were flat in the very first game. And we served much better in the second game,” said Head Coach Jeff Campbell.

The second set brought out an entirely different team. There were three tie scores, all of which were in the very beginning of the game. The only lead change came when the Matadors took it from 0-1 UCLA to 1-1 then 2-1; never giving the lead back to the Bruins. CSUN went on several two and three point runs to gain an eight point lead over the Bruins. A kill by junior outside hitter Sam Holt won the set.

“We served a lot harder in the second set and that caused a lot of problems for UCLA,” said senior middle back Greg Faulkner. 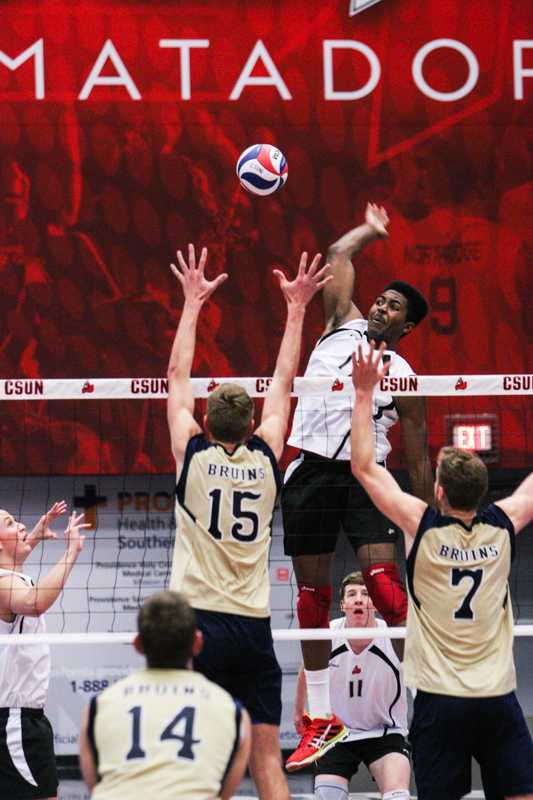 Set three went in a downward spiral. The Matadors hit .000 and had just seven kills. The only time CSUN was ahead was the very first point. The rest of the game was all about the Bruins.

“We had moments in the game, but it wasn’t constant,” said Faulkner.

Poor calls by referees, poor serving, hitting and blocking errors were all aspects of the fourth set. The Matadors did improve from the previous set, hitting .118, but stayed consistent with seven kills. UCLA took an early lead, but once they got their 3-5 lead there was no turning back. The Bruins won the match with back-to-back kills and a nine point lead.

“We put pressure on the other team. We have to play like that in order to win matches and we did that on Wednesday against Santa Barbara, but today our guys played like they were a little tired-it’s not an excuse; I don’t know why, but we weren’t playing as sharp as we did on Wednesday,” said Coach Campbell. 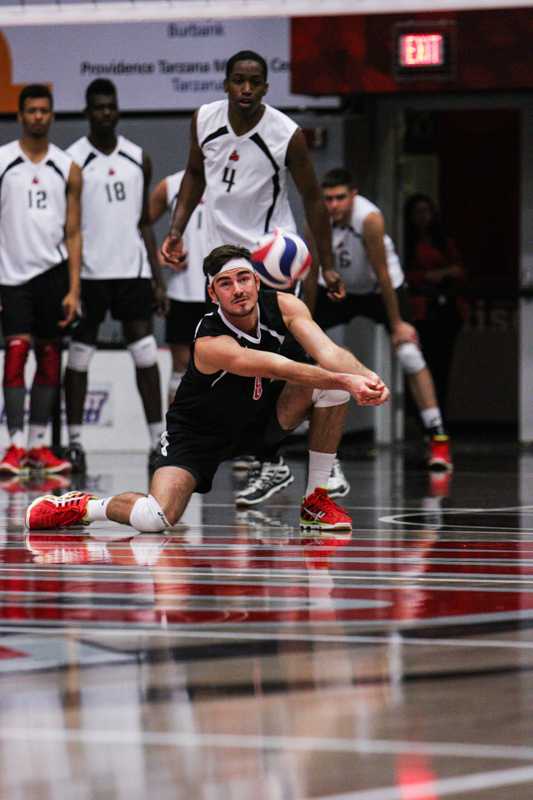 Sophomore outside hitter Bradley Sakaida had nine kills for the night and Holt had seven with one ace. Magorien had 19 assists and junior middle back Brian O’Gorman had two aces.

“We just have to make sure no matter what play we have; no matter if its win or loss, we have to reset,” said Faulkner.

The Matadors take on UC Irvine next in the Matadome Wednesday Feb. 11 at 7 p.m.