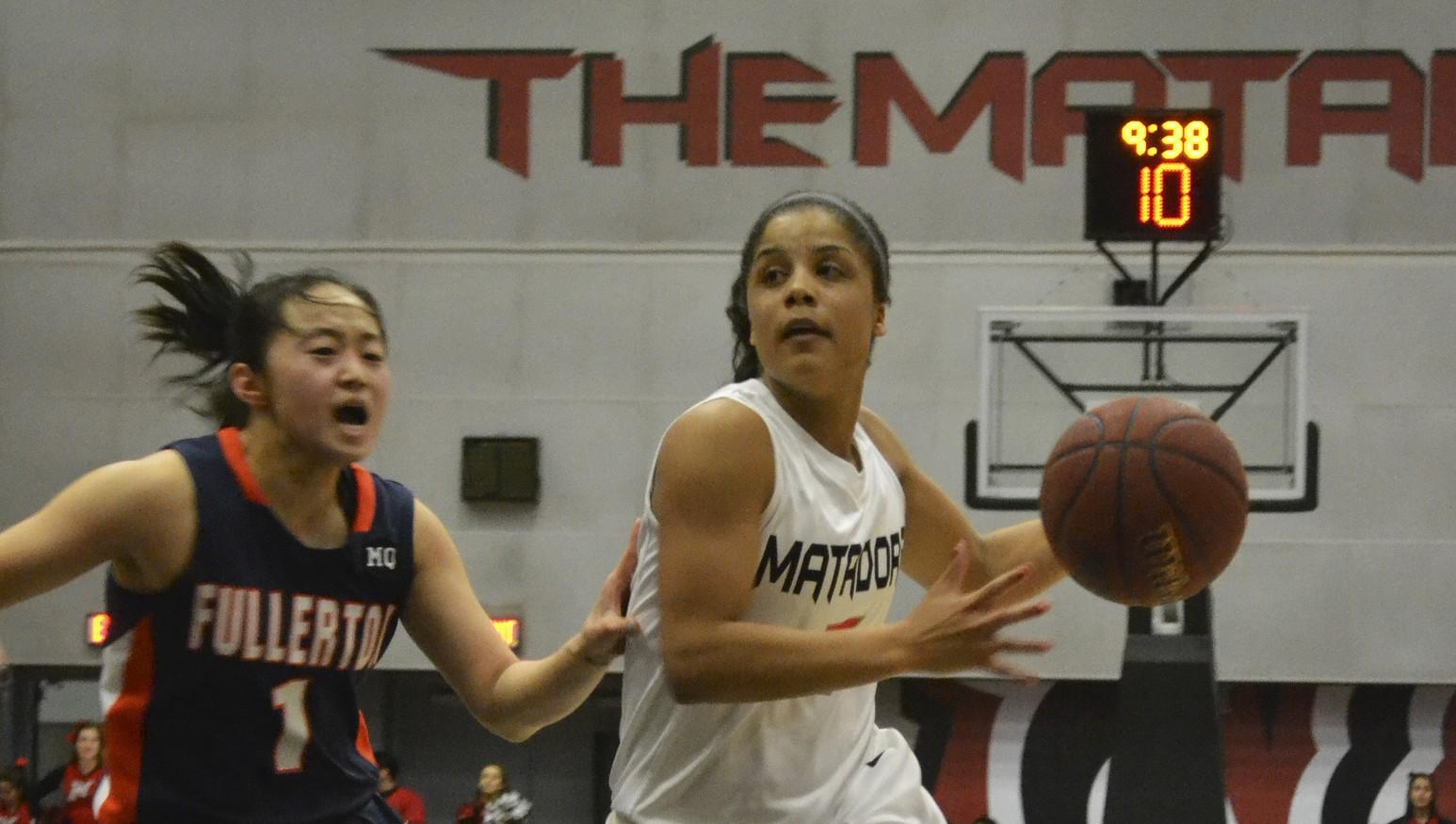 After a three-game losing streak, the reigning Big West Conference champions managed to bounce back with a solid 82-51 victory over the Titans .

“I thought our overall effort and focus was a lot better than it has been for quite a while, to be honest,” Flowers said. “It was a complete team effort.”

In what has been a blotchy record (15-9, 5-5 Big West)  this season for CSUN, Flowers felt that the Matadors, which returned all last year’s starters, are playing like a winning team again.

CSUN shot better than they have in a while, landing 47.1 percent from the field after averaging in the twenties for the previous three games.

The Matadors took their time and routinely ran the shot clock down, but allowed equal distribution of points from the team.

All 11 players put out by Flowers Saturday night landed a shot and CSUN was able to tame the Titans with a flexibility that has proven effective in the past for the Big West Champions.

Key senior guards, Ashlee Guay, Cinnamon Lister and Janae Sharpe, who led the team to the first round of the NCAA tournament last year, carried modest points on the stat sheets.

Combined, the main shooters put down 32 of CSUN’s points, with Fullerton’s guards Kathleen Iwuoha and Chante Miles taking the game high with a matched 15 points each.

Junior CSUN guard Jasmine Johnson put in 11 points for her team and posted with a ferocity and elegance that allowed her team to bank off of captured defensive rebounds.

With magical, blind hook shots underneath the net from 6-foot-two-inch rebound warrior Mahlknecht, CSUN tamed the Titans and played with a flexibility that has proven effective in the past.

“We haven’t played as hard, and with the same edge, as we played with at the end of last year,” Flowers said. “I just think everybody played well. Everybody did their job.”

But for all their shine that rainy night in Northridge, the Titans haven’t proven to be much a goliath this season.

CSUF hold fourth place in the Big West, just underneath CSUN, and have won three out of their five conference games, holding a 9-12 record overall.

CSUN will see how long they can hold this second wind on Thursday when they put it to test against one of the second placed Big West teams and longtime rival, California Polytechnic University, San Luis Obispo.

Cal Poly took down CSUN Jan. 17 on their home turf 63-54 and have been battling for the lead throughout the season with California State University, Long Beach.