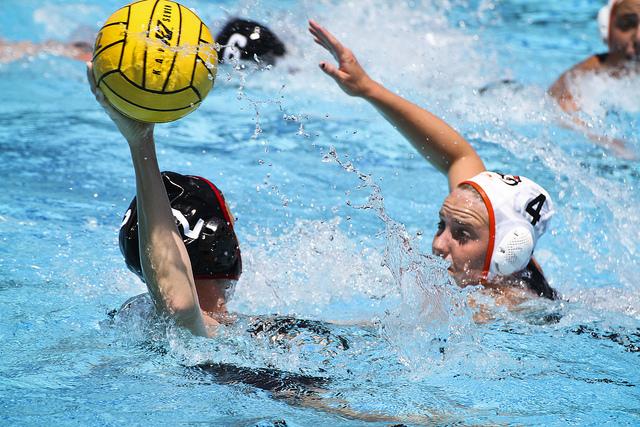 After what seemed to be a slow start to the season, No. 11 CSUN’s women water polo team has won six of their last seven games with a pair of victories over No. 16 UC Davis and Hartwick College in the UCSD Triton Invitational on Saturday, Feb. 7th.

The water polo team beat Davis 10 – 8, then advanced to the evening game against Hartwick to win 10 – 2.

The Matadors improve to 6 – 3 since their 1 – 3 start exactly two weeks ago. Their losses all came from ranked teams while the ladies snatched a victory from an unranked Bakersfield College.

CSUN took control early in both games this time around as they faced an unranked and ranked squad. The Matadors previously hosted and beat ranked No. 20 Hartwick in their season opener last weekend.

UC Davis and CSUN exchanged three goals apiece, and the Matadors couldn’t produce more than a single goal until the final frame. CSUN scored five goals in the first half and another five in the second to hold off what could have spurred a late game comeback.

With Harwick’s only two goals coming in the first half, CSUN was able to take a 6 – 2 lead. CSUN’s defense in the second match-up had a significant edge over the first game as they recorded more steals and saves.

Seniors Kelcie Ferreira, Marisa Young and Kelcy Barott all contributed goals in both games. Young had the single game high of four goals in the Hartwick matchup.

Now on a five game winning streak, CSUN has advanced to Sunday’s semifinal round to play against No. 3 USC at 11:10 a.m. The ladies will either advance to the championship game or play for third place honors Sunday evening depending on the outcome of the game.