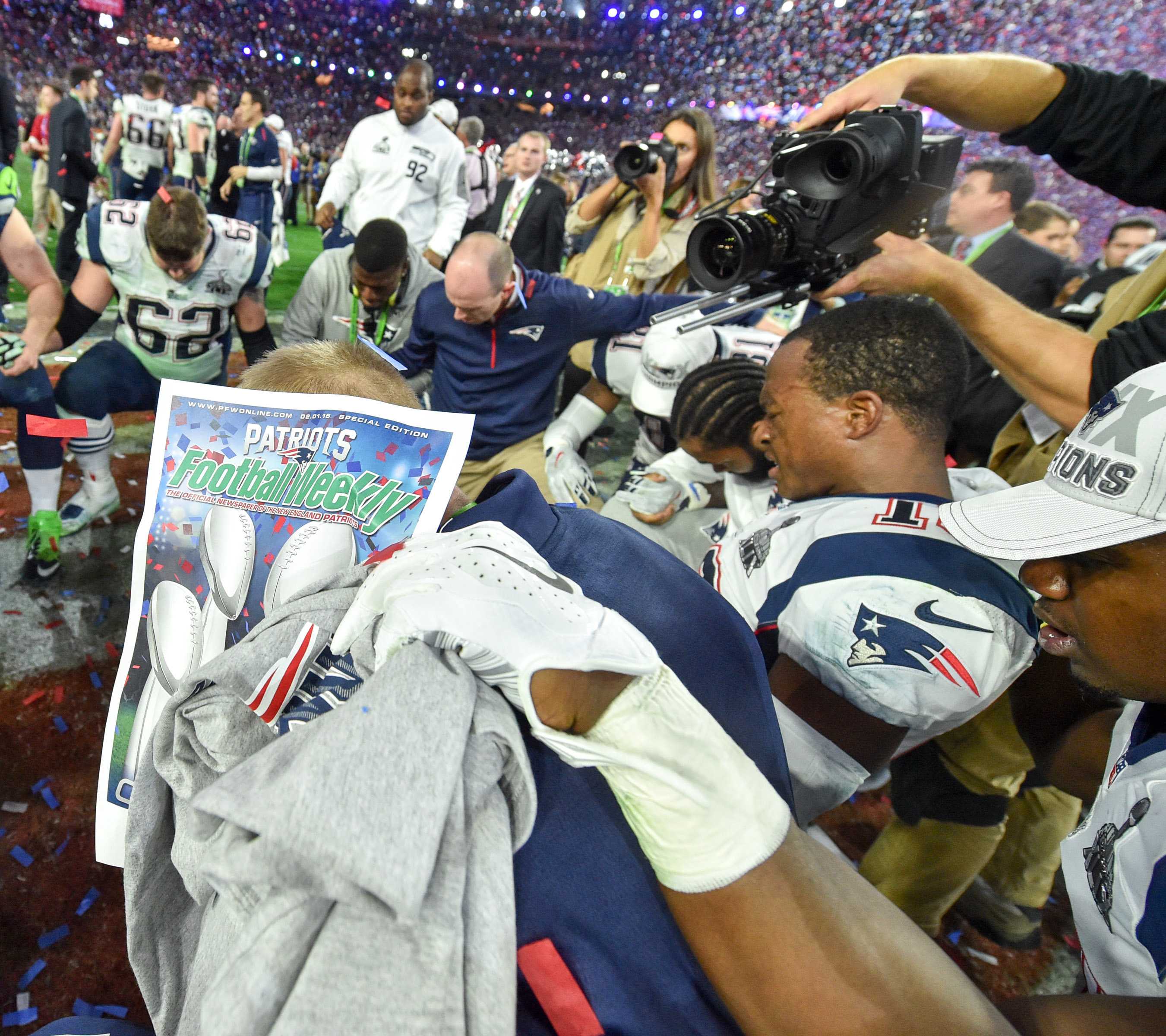 The New England Patriots won Super Bowl XLIV for the fourth time in franchise history, with a 28-24 victory over the Seattle Seahawks at the University of Phoenix Stadium on Feb. 1, 2015 in Glendale, Ariz. (Anthony Behar/SIPA USA/TNS)

The New England Patriots capped off a memorable 2014 season with a thrilling win in another classic Super Bowl. Quarterback Tom Brady and head coach Bill Belichick won their fourth Super Bowl title in six attempts and engraved their names in the NFL record books.

Belichick tied former Pittsburgh Steelers head coach Chuck Noll for the most Super Bowl wins by a coach in NFL history. Brady joined Terry Bradshaw and Joe Montana as the only quarterbacks to win four Super Bowls as a starter. Brady will be entering his 15th season as a starting quarterback and most of his teammates should be around to join him.

The Patriots are projected to have a salary cap of around $145 million for the 2015 season according to SI.com. A new deal with cornerback Darrelle Revis could free up some money. Revis signed a one-year deal with a team option for the second year last offseason. If the Patriots offered him a muli-year extension, they could save millions of dollars off their projected salary cap.

Linebacker Jerod Mayo is another contract extension candidate and is due $10.3 million next season. Brady restructured his contract last month and has a base salary of $8 million. If the Patriots play their cards right they should have plenty of money to spend to meet their needs.

If the Patriots do not hand out new contracts in the next few weeks, they will have 12 unrestricted free agents. Some of these players include linebacker Akeem Ayers, kicker Stephen Gostkowski, and running backs Stevan Ridley and Shane Vereen.

Gostkowski was statistically one of the best kickers this season and Vereen is a dependable running back. Both of these players should be a top priority to bring back next season.

The Patriots have a few weak spots that need to be addressed. The offensive and defensive lines could use some minor improvements. I’m sure Brady wouldn’t mind having another weapon at wide receiver. Most of the starters will be returning next season so the front office may want to look at bolstering their depth chart.

The 2015 season could be the last time the Patriots coaching staff remain intact. Offensive coordinator Josh McDaniels has gained a lot of interest from teams across the NFL who are looking to fill their head coaching vacancy.

Defensive coordinator Matt Patricia has gained interest around the league as well. According to Patriots owner Robert Kraft, Belichick will remain the head coach for as long as he wants.

Belichick has been known to pursue a trade or two on draft day and we shall see what happens. After winning the Super Bowl, the Patriots have the 32nd selection in each round.

The Patriots own the Tampa Bay Buccaneer’s fourth-round pick after they traded former All-Pro left guard and six-time pro bowler Logan Mankins for tight end Tim Wright before the 2014 season. Wright was a wide receiver at Rutgers when Greg Schiano was the Scarlett Knights head coach. Wright followed Schiano to the Buccaneers and converted to tight end with the Buccaneers. New England traded its 2015 fifth-round pick to Tampa Bay for linebacker Jonathan Casillas and its sixth-round pick to Tennessee for linebacker Akeem Ayers. The Patriots received a sixth and seventh round pick for those deals.