UK Band Peace Return to Turn You Into “Happy People” 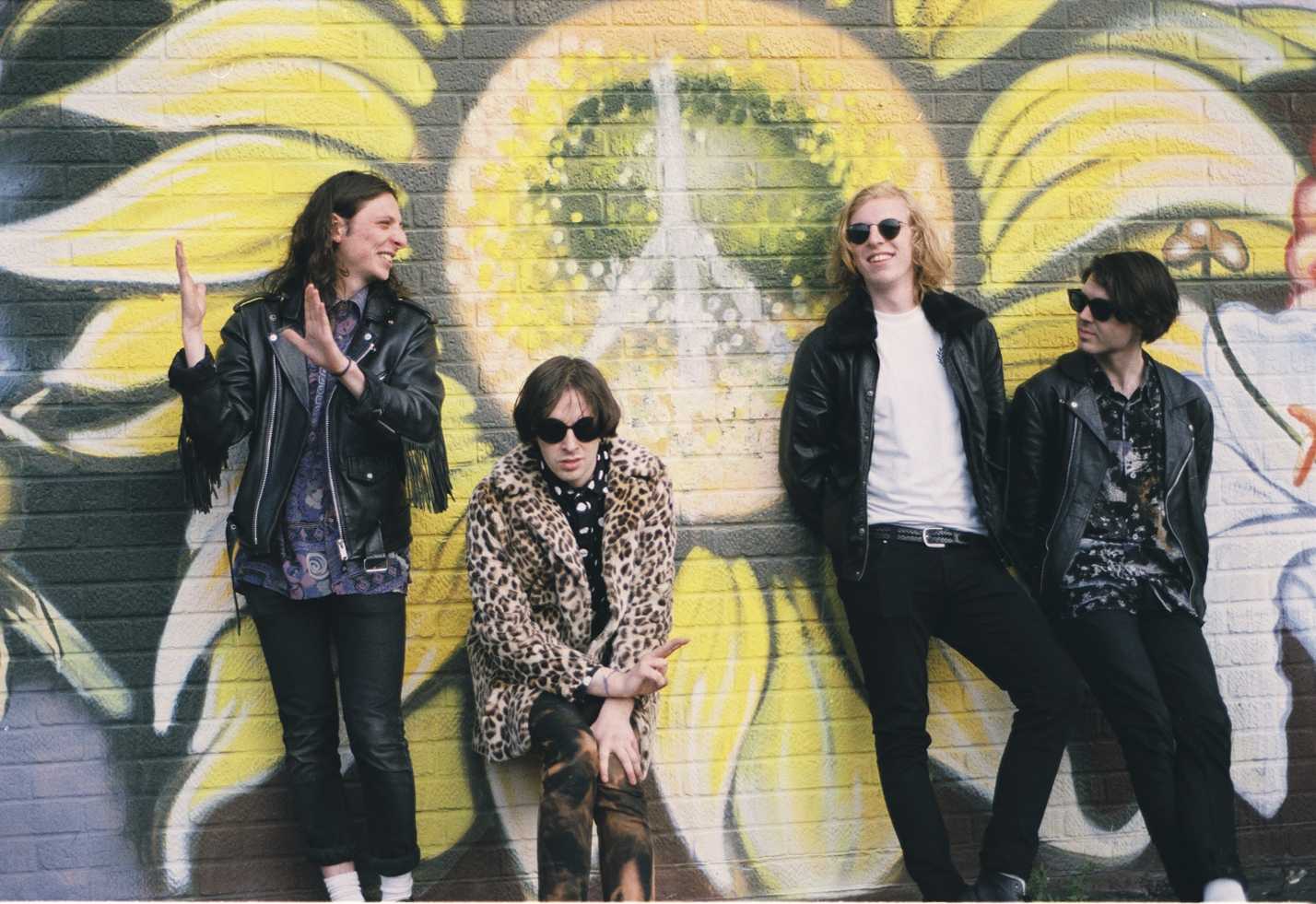 UK-based band Peace are back for another go around with their sophomore record “Happy People” out this week. Peace made themselves known back in 2013 with their debut “In Love,” capturing everyone’s attention from London to Los Angeles.

Their unique guitar heavy sound is noticeably instantly catchy, but the vocals provided by frontman Harrison Koisser are equally memorable. If the lads of Peace had a genre, it would probably be something like world peace-angled guitar music. Each song they write has an air of happiness and frivolity in a way, which may be a good thing in a world where everybody takes life so seriously.

So with this air and mission of some sort of world happiness, Peace, made up of Koisser, his brother Sam, Doug Castle, and Dominic Boyce, are ready to take on the masses of teen girls obsessed with them. But don’t worry, you don’t have to be a teen girl obsessed with an indie boy band to enjoy Peace’s “Happy People.”

“In Love,” released in early 2013, and later that year in the US, made a mark on the music community. What are these guys doing, where did it come from? Their refreshing sound and attention to detail impressed immediately, and those two elements are luckily both present on their new record.

The standard edition of “Happy People” has a solid 10 song listing, and is enjoyable through and through. The quartet’s themes are relatively similar on this record, but their sound is a bit more poppy, with Doug Castle’s intricate guitar playing still present.

“O You” is the album’s opener with Harrison Koisser singing “I’m just trying to change the world that you live in,” immediately setting the tone for the rest of the album. Next is “Gen Strange,” an ironically lively track that discusses our generation. “How do you know to keep on walking when there’s nowhere to go?” Notice a theme on this record?

“Lost On Me,” the album’s lead single is probably the most comparable to anything a boy band would put out today, but Peace put their own spin on the unbelievably memorable song. With a guitar riff you can instantly dance to, this song will be on your playlist for years to come.

“Happy People,” the title track, presents a moodier air than the rest of the songs on the album, with Peace returning to the sounds of their earlier work.

One could call the next track, “Someday,” a direct homage to Oasis, with Koisser’s vocals and acoustic guitar sounding a bit like one of England’s best bands. One thing is for sure, it is not too far fetched to say that Peace are heavily influenced by the era of Brit Pop.

The funniest song on “Happy People” is “I’m A Girl,” which has a raging guitar riff similar to Peace’s “Follow Baby” from their last record. New anthem, perhaps? The second to last track is nothing new for Peace, placing “Under The Moon” near the end of the album for a lullaby-like finish. Peace’s actual closer for the album, “World Pleasure,” has an instantly locked in groove with strong guitar and bass moves and interesting lyrics to match. The track sits at about 6 and a half minutes, proving that longer songs can last and keep you engaged all the way till the end.

Overall, “Happy People” takes Peace in a new direction, with intricately thought out lyrics and new sounds. If you need a musical treat to add to your collection, pick up their record out on Columbia this Tuesday.